Is "whore" the N-word for women? 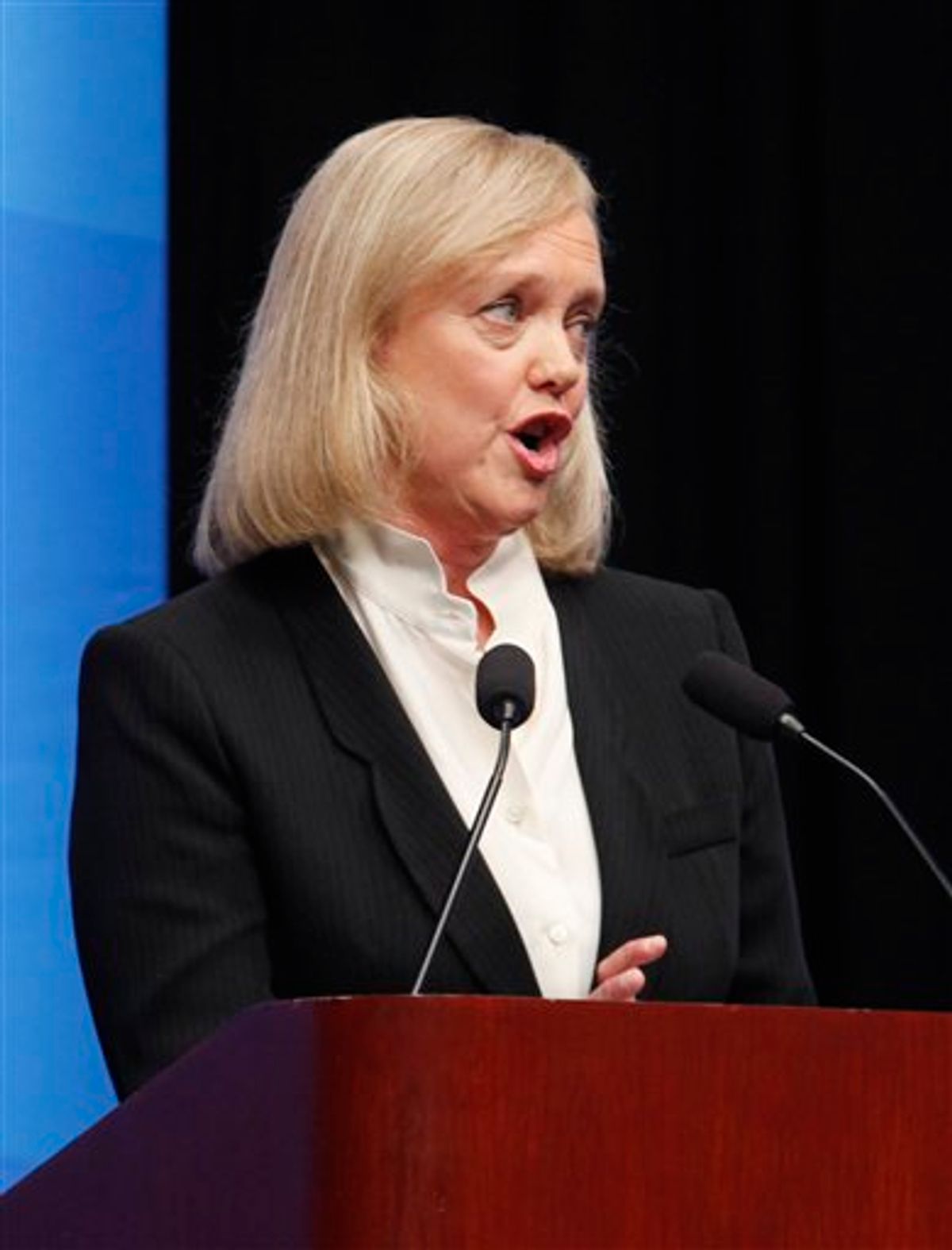 I already wrote the serious critique of Tuesday night's debate between California gubernatorial candidates Jerry Brown and Republican Meg Whitman. I predicted all the post-game wraps would focus on the pair sparring over the twin "scandals" in the debate: Whitman hiring an undocumented worker and then firing her precipitously nine years later, vs. a Brown campaign aide suggesting Whitman might be tagged a "whore" for going easy on law enforcement pensions in exchange for a law enforcement union endorsement. Sadly, I was right. I got trapped in the vortex of the "whore" debate on "Hardball" today, and I'm not sure I made my way out.

I think "whore" is a crude and loaded word that doesn't belong in a political campaign, but as I said last night, I think it's for better or worse become gender-neutral, especially when applied to politicians, and is used to describe someone who sells out his or her principles for money. But on "Hardball," both Chris Matthews and Willie Brown had problems with the fact that Jerry Brown took issue with the way moderator Tom Brokaw framed the "whore" controversy, by insisting, "to many women [it's] the same as calling an African American the 'N' word." Brown cut him off: "I don't agree with that comparison," and while he went on to offer a tepid apology for his aide's use of the term, he got in a great question about why Whitman herself wasn't outraged when her campaign chair Pete Wilson called Congress "whores" for their dealings with public employee unions (which Whitman, inexplicably, called "a completely different thing.") I thought Brown handled the question well, and I personally loved his challenging Brokaw's formulation that "whore" equals the "N-word;" it was typical of the contentious, curious, politically incorrect approach Brown brings to controversy and political piety. But Willie Brown and Matthews thought he needed a more protracted and sincere mea culpa before delivering the Wilson line. They could be right.

Clearly I saw a different debate than many in my profession. On "Morning Joe," Tina Brown claimed Brown "immolated himself," and praised Whitman handling Brown's answer "with a sly, girlish look." Yikes! I think Whitman benefited from the soft bigotry of everybody's low expectations – thanks, George W. Bush, for a great line – and because she was less robotic and sometimes appeared to think on her feet, some called her the winner.

But my peers are clearly being prissy about the word "whore." It is quite nearly an equal opportunity slur. And while nobody died and made me queen of feminism, or gave me the right to speak for "most women," I have been out front in defending women politicians from sexism, from Hillary Clinton to Sarah Palin. And I have to say, most women I know don't think whore is anything like the N-word. The only word that I'd say comes close, with its power to demean and shock, is that nasty C-word. If Brown or an aide had said Whitman got her eBay job for trading sexual favors for power, that would be outrageous, whether or not they used the word whore. Suggesting she may be trading a political position for an endorsement and/or campaign cash is standard political speculation, and I can imagine a man accused of that being called a whore as easily as a woman.

If you want proof "whore" doesn't pack the punch of the N-word, look at the way the debate is going down. People are using the euphemism "the N-word" while "whore" seems to roll off a lot of pundit's tongues – and I don't think it's because they're sexist assholes, or David Vitter. This is a made up controversy, and California deserves better. It got better Tuesday night, in a debate that had substance, but still we're parsing the way Brown handled a staffer's gaffe, rather than the way the two candidates would deal with taxes, education, pensions or public employee unions. That's kinda sad.