Bill O'Reilly brings the drama to "The View" 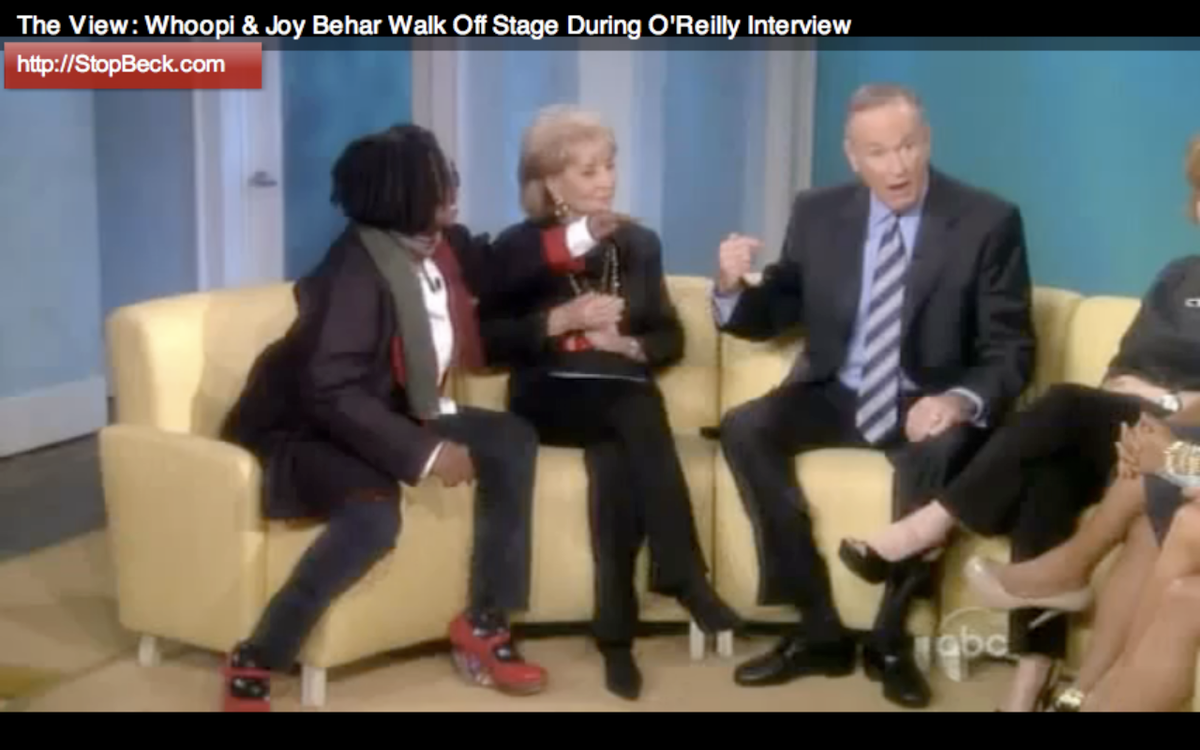 ABC's "The View" got all "Jerry Springer" on us this morning when Bill O'Reilly appeared on the show. There were all the essential elements for a flashback to the 90s daytime talk show: A shouting match between one arrogant fool of a man and five grown women, which peaked with two of them -- Joy Behar and Whoopi Goldberg -- storming off the stage in a fit of rage. Surprisingly, though, no chairs were thrown -- even after O'Reilly remarked that the Ground Zero mosque is "inappropriate" because "Muslims killed us on 9/11."