Angelo Mozilo's slap on the wrist

The Countrywide CEO's punishment for making out like bandit while blowing up the economy? A measly fine 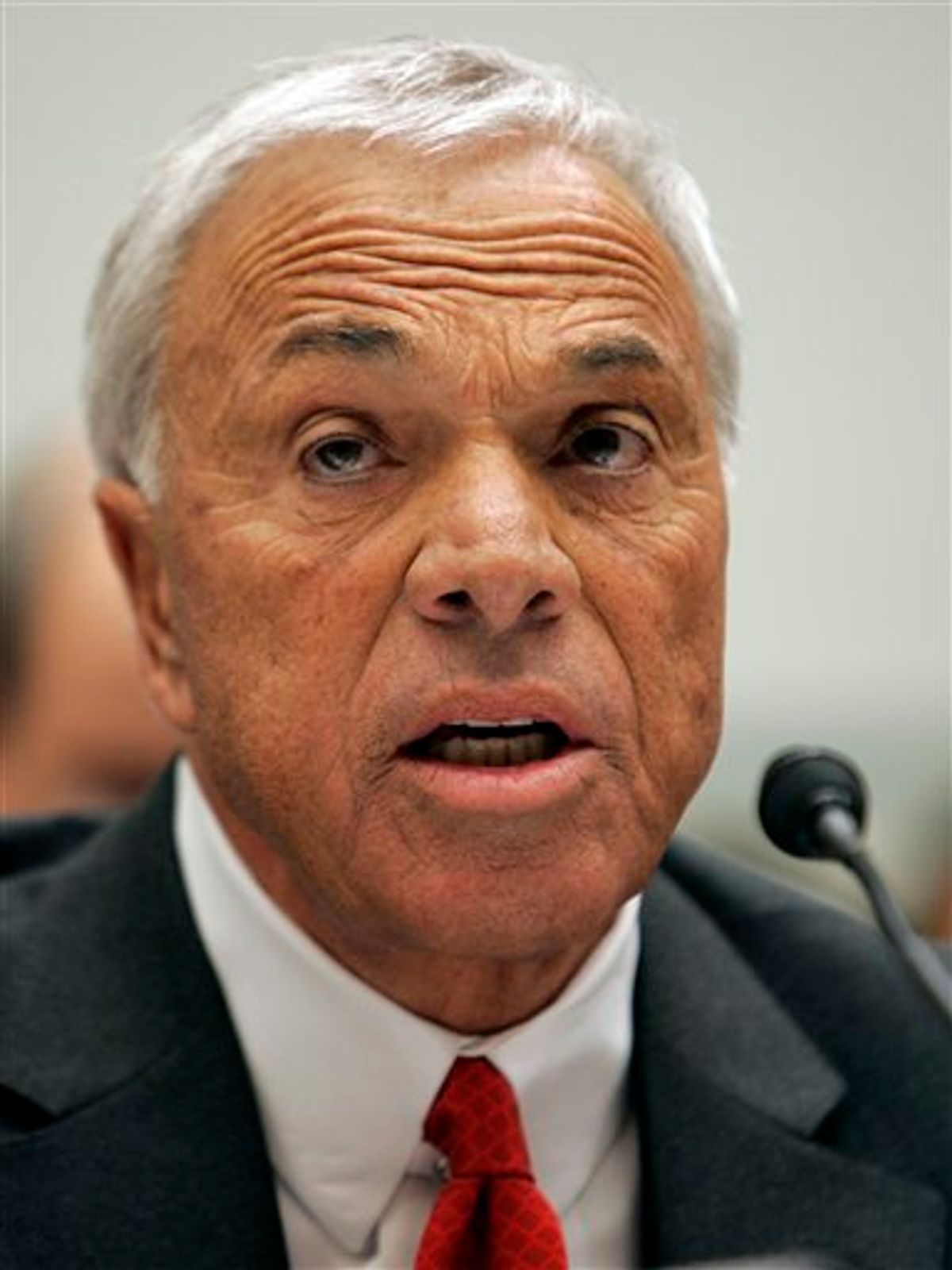 FILE - This March 7, 2008 file photo shows Angelo Mozilo, founder and former CEO of Countrywide Financial Corporation, testifying before the House Oversight and Government Reform Committee hearing on Capitol Hill in Washington. A judge ruled Friday Oct. 8, 2010 that federal regulators in an upcoming trial can use a message written by Mozilo, in which he called himself a "magnet" for prosecution. (AP Photos/Susan Walsh, File) (AP)
--

Angelo Mozilo will pay a fine of $67.5 million to settle SEC charges of insider trading and fraud. Most people would consider that a pretty penny, but maybe not Mozilo. Let's not forget, he raked in around $140 million in 2007, while laying off 12,000 Countrywide workers. He can afford to pay a few traffic tickets.

So is it a slap on the wrist? As a card-carrying member of the left-wing business press so despised by Mozilo, I am duty-bound to say yes. As I wrote two years ago:

... I don't think Mozilo became the cartoon villain of the subprime housing bust because he was "easy to caricature." I think it's because in late 2006 and 2007, when he knew exactly how unlikely it was the loans Countrywide had been making would ever be paid back, he repeatedly amended his personal stock trading plans to allow him to unload as much Countrywide stock as possible while the getting was good. He cleared around $140 million from those sales.

While his company and the housing sector were imploding, setting the stage for the worst global economic disaster since the Great Depression, he was walking away with $140 million, even as he lied repeatedly to the general public about the financial state of his company. You won't find too many other credible nominees for the role of "most involved with making the mess while profiting to the tune of more than $100 million."

Angelo Mozilo should be behind bars. And maybe someday he will be. His legal woes are hardly over. The U.S. Attorney's office in Los Angeles is conducting a federal criminal probe, and a $67.5 million fine seems to me a fairly strong sign of vulnerability.