Mitt Romney made everyone buy thousands of copies of his book

The 2012 GOP hopeful's foreign policy tome shot to the top of the bestseller list, with a little help 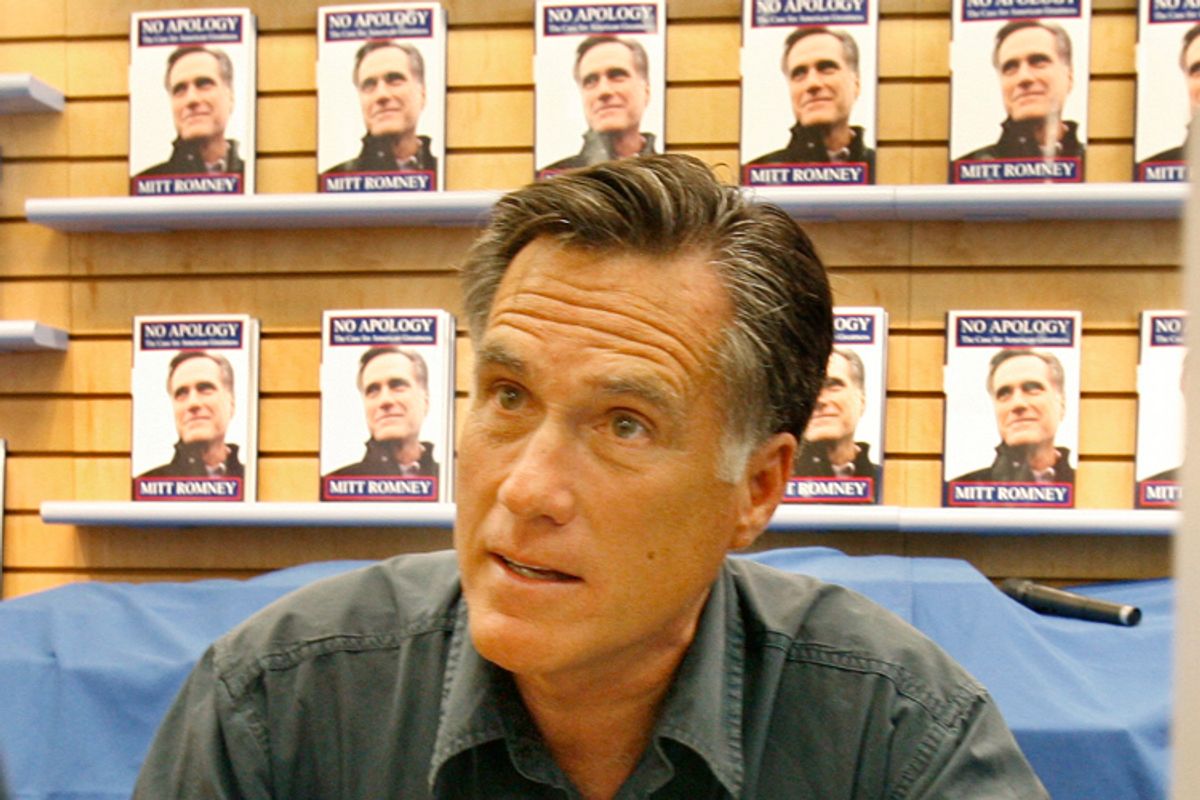 Mitt Romneyat a book signing for his book "No Apology: The Case for American Greatness" in Manchester, N.H., in April.
--

POLITICO got a copy of some sort of document from Romney's recent tour, and learned that Romney "asked institutions to pay at least $25,000, and up to the full $50,000 price, in bulk purchases of the book." (This adds up to about 3,000 copies. So stop by Claremont McKenna College if you want a free copy of "No Apology.")

It's no surprise that Romney juiced his sales totals with bulk orders. It's also fairly common for speakers to ask their hosts to purchase books. But $50,000 is "on the high end," according to Ben Smith. And this also means that Smith was wrong to note yesterday that Romney, who is stinking rich, doesn't charge for speeches.

In addition to having their own separate publishing houses and imprints (generally with much laxer editorial standards than "real" nonfiction publishers), conservatives have a well-oiled machine designed to get their books on bestseller lists, through bulk sales to conservative groups, "book clubs," and other organizations that purchase thousands of books to give away to Newsmax readers or grow mold in Richard Mellon Scaife's overflowing library. Nixon, supposedly, once ordered Chuck Colson to get a book on the bestseller list, thus creating a beloved tradition that lives on today.

David Limbaugh's anti-Obama book currently sports that tell-tale "bulk sales" dagger. Romney's book had two. For the record, no one bought Joe Biden's book until Obama selected him as his running-mate, at which point "Promises to Keep" climbed to a modest 31 on the amazon.com bestseller list.