Why does Rand Paul hate the Department of Education? 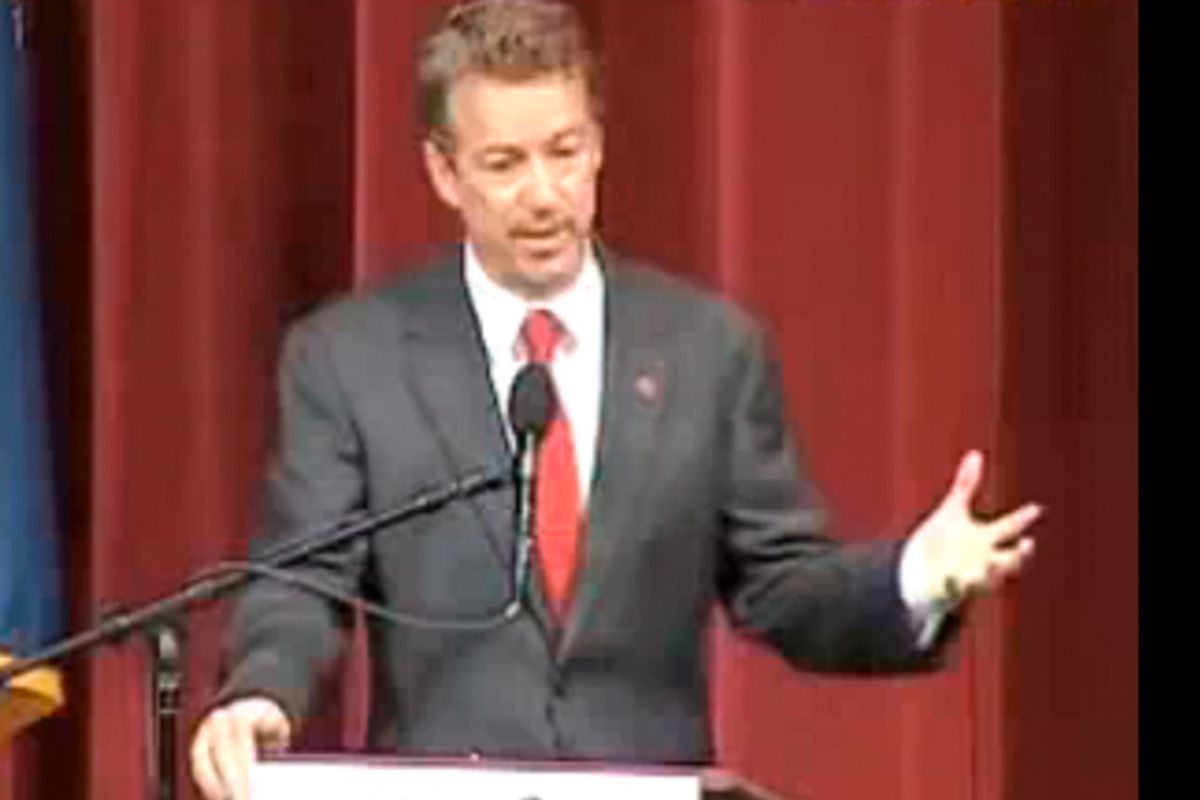 Why, exactly, does GOP Senate candidate Rand Paul want to shut down the U.S. Department of Education? It's a tiny operation by federal standards, charged primarily with administering student loans and deciding what schools get how much money. But the thing is, it was created by Jimmy Carter, which makes it bad.

Up until the second Bush administration, nearly all Republicans liked to talk about abolishing it. Now, only principled libertarians like Rand and Ron Paul want it closed down. At a debate last night, Rand explained why:

PAUL: I would rather the local schools decide things. I don’t like the idea of somebody in Washington deciding that Susie has two mommies is an appropriate family situation and should be taught to my kindergartner at school. That’s what happens when we let things get to a federal level. I think I would rather have local school boards, teachers, parents, people in Paduka deciding about your schools and not have it in Washington.

Well, first of all, the Department of Education is already prohibited by law from deciding on matters of curricula. And second of all, Rand Paul may not be a miserable bigot, but he's obviously more than willing to pretend to be one when asked to defend a routine libertarian policy position to Kentucky voters. "I support eliminating the estate tax because when I die I don't want the government to use my money to buy some homosexual a new pair of chaps."