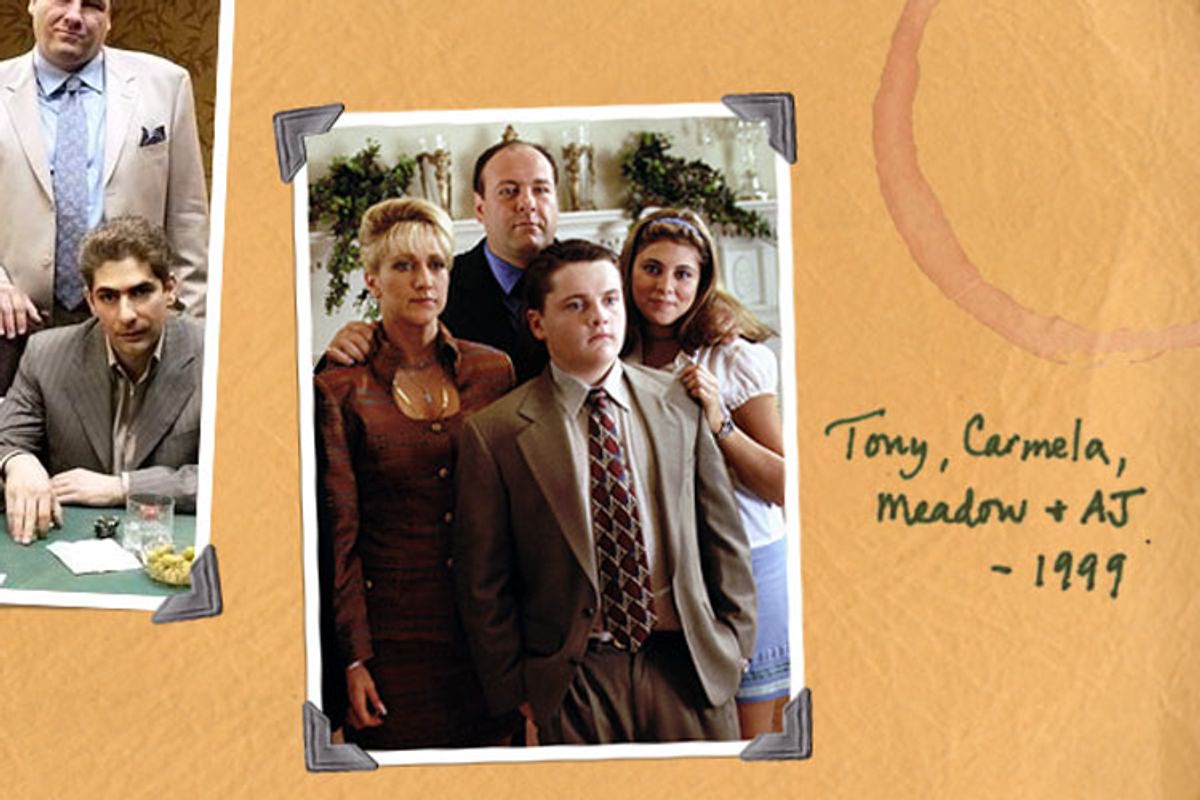 There might be such a thing as half déjà vu, where you feel certain you've seen part of this before. Devotees of HBO's long-running "The Sopranos" got a taste this season, with two series from former members of the "Sopranos" team airing back-to-back on Sunday nights on different cable channels: AMC's "Mad Men" and HBO's "Boardwalk Empire." While each show has distinctive qualities, there were times when each invokes aspects of "The Sopranos." That's inevitable, not just because "Mad Men" creator Matthew Weiner and "Empire" creator Terence Winter were key creative players on David Chase's suburban gangster saga, and contributed some of most striking elements. Sometimes "Mad Men" feels like it's continuing the social comedy and psychological drama of "The Sopranos" but without the gangster elements; it even has darkly funny therapy scenes. And sometimes "Boardwalk Empire" plays like an extension of other facets of "The Sopranos": it's an epic crime saga and a portrait of a complex and ever-changing community, but it's set in the early part of the 20th century, which means the characters are less self-aware, and you'll never catch anyone visiting a shrink.

These two shows are markers on a vast map of creative influence that stretches back through recent TV history. "The Sopranos" is an important marker on that map, and as we talked amongst ourselves about all the different things that series did, and the great influence it had, we began thinking of popular culture in terms of a family, with Chase's series as a biological origin point -- a groundbreaking work whose creative DNA has appeared, to greater or lesser degrees, in many subsequent shows. This slide show takes the idea literally: It's a family album that looks at many different types of series, including "The Wire," "Six Feet Under" and "Breaking Bad," and points out the ways in which they owe something to Papa Chase. But it also looks backward as well, tracing the lineage of "The Sopranos" through TV and film history.

This family album isn't all-encompassing. "The Sopranos" had many parents and grandparents, and it spawned many more offspring than can be covered in one slide show. We've just focused on some of the more colorful ancestors and descendants in the family tree. If we've forgotten to mention a favorite uncle, aunt, cousin or promising grandchild, mention their names in the comments, and give them some love.