This week in crazy: Carl Paladino 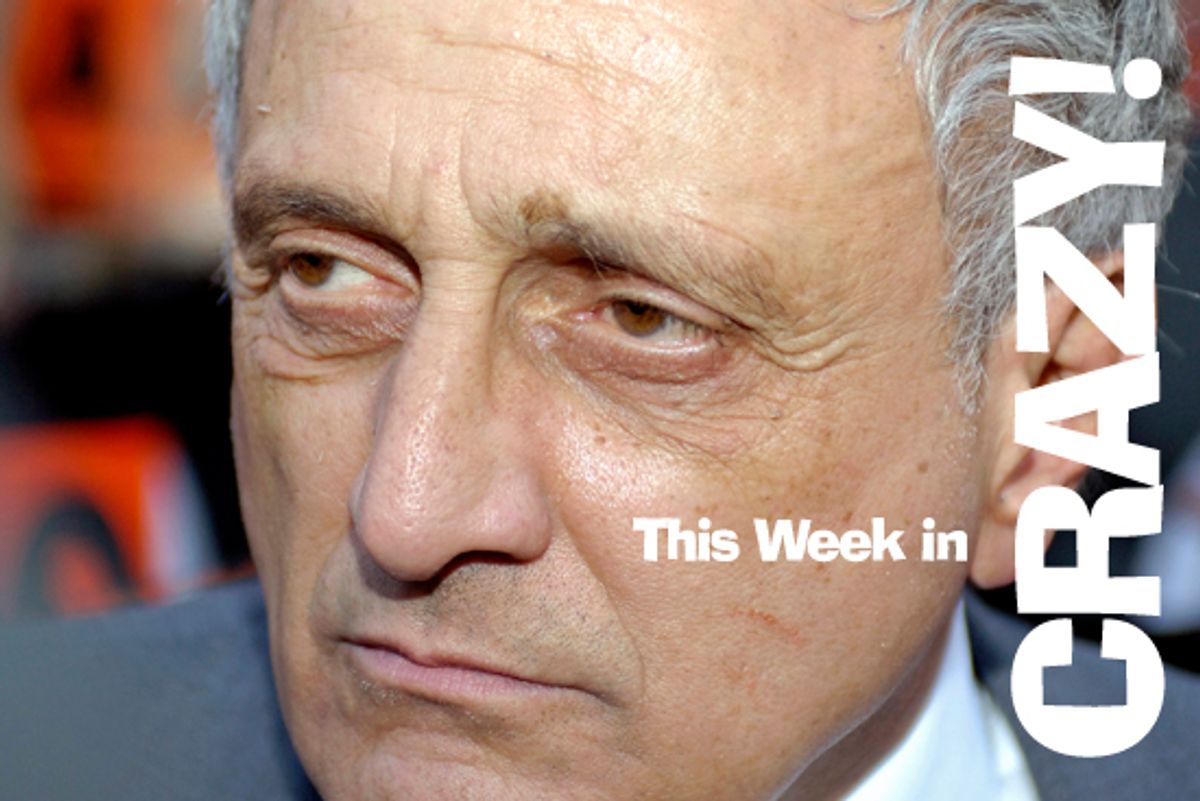 Sometimes, New York likes an angry candidate. Rudy Giuliani was, in the words of former Mayor Ed Koch, a nasty man. Former Governor Eliot Spitzer infamously referred to himself as a steamroller. But Republican gubernatorial candidate Carl Paladino is, perhaps, taking it a bit far. He wants welfare recipients to work in prison camps. He's virulently opposed to the so-called "Ground Zero mosque." Last month he nearly punched a New York Post reporter, then promised to "take [him] out." And this week, he added gays to the list of people that apparently get his dander up.

The wealthy Buffalo developer, addressing Orthodox Jewish leaders last weekend, made an interesting argument: While we shouldn't necessarily violently attack gay people, we should make sure that everyone knows that we hate them.

We must stop pandering to the pornographers and the perverts, who seek to target our children and destroy their lives. I didn't march in the gay parade parade this year -- the gay pride parade this year. My opponent did. And that's not the example that we should be showing our children, certainly not in our schools. And don't misquote me as wanting to hurt homosexual people in any way; that would be a dastardly lie. My approach is live and let live. I just think my children, and your children, will be much better off, and much more successful getting married and raising a family. And I don't want them to be brainwashed into thinking that homosexuality is an equally valid or successful option. It isn't.

The prepared remarks included a deleted line (not written or spoken by Paladino) about how a "dysfunctional homosexual" has nothing to be proud of.

It soon came out that Paladino was once the landlord for two Buffalo gay bars. And he has a gay 23-year-old nephew. Who works for his campaign. And so Paladino issued one of those classic non-apology apologies (which lost him the support of Rabbi Yehuda Levin).

As if desperate to provide local news with one more embarrassing video this week, Paladino also announced that he'll say "fuck him" to Attorney General Eric Holder should Holder move forward with terrorist trials in Paladino's New York.)

This barely scratches the surface of Paladino's deep weirdness. He thinks the best way to deflect attention from his acknowledged daughter with a woman who is not his wife is to repeatedly insinuate, without evidence, that his opponent Andrew Cuomo had an affair. Before he won the nomination he was already known as the guy who sent incredibly racist and -- despite his proclaimed opposition to perverts -- pornographic e-mails to dozens of people. A brand-new series of pornographic e-mails from Paladino was released this week -- it's hard to keep up with this guy's crazy.

Paladino has almost no shot at winning this race, to the general disappointment of most New York political reporters.