The 2010 elections have given us some of the most entertaining television in memory. Here's the best and worst 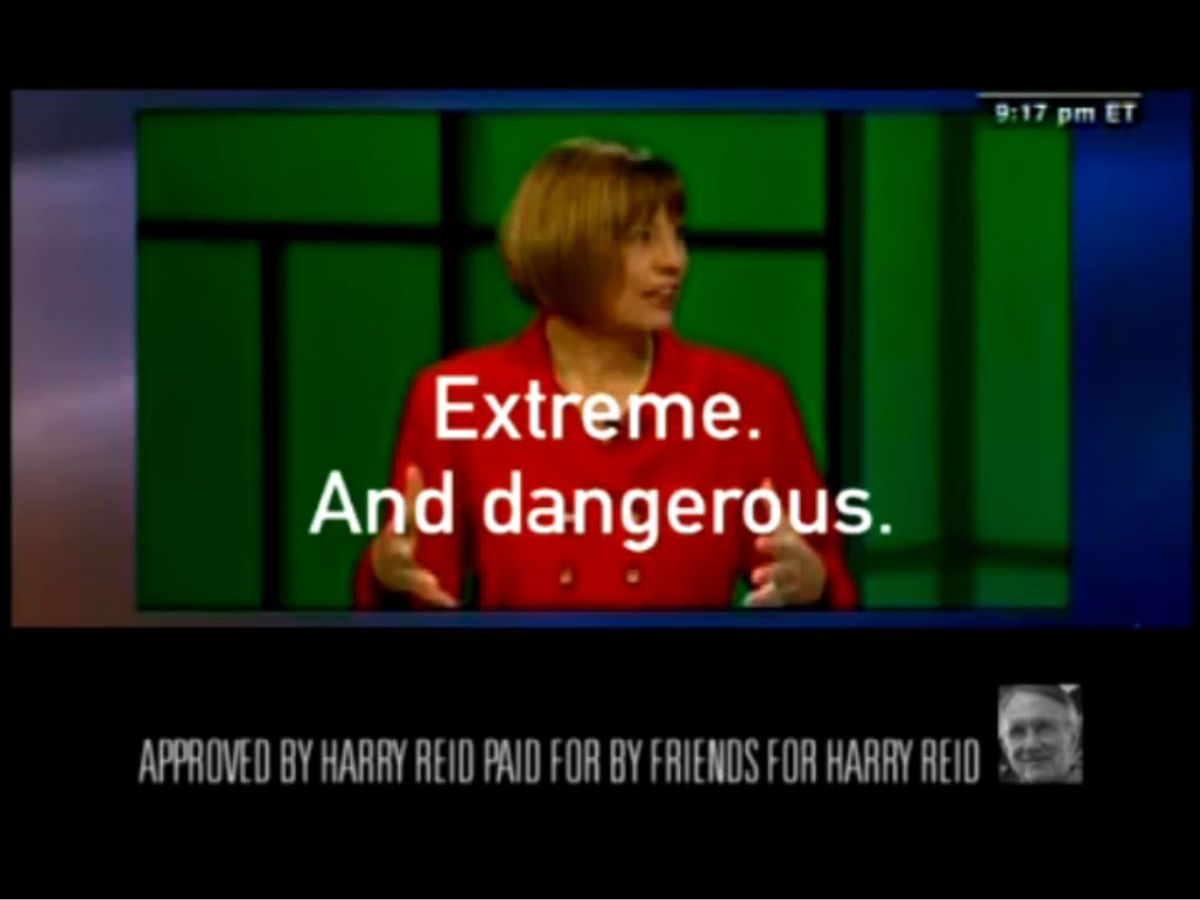 Vicky Hartzler, the Republican running for Congress against incumbent Ike Skelton, found some footage of a cranky Skelton barking at a colleague to "Stick it up your ass." She recycles it into an attack ad; if voters are unhappy with Skelton’s support of Nancy Pelosi, they can put that discontent where the sun don’t shine.

Best ironic use of Werner Sombart

Russ Feingold, in a tough fight for his Wisconsin Senate seat against Ron Johnson, trots out some dramatically lit workers who’ve lost their jobs to outsourcing. One of them notes that Johnson calls it "Creative Destruction." This economic theory -- which argues that innovation is built on the scrap heap of old models -- was first advanced by Sombart, although it was the better known Joseph Schumpeter who developed it.

It’s all part of the effort to make Johnson a stone-hearted businessman; a blog that the Feingold campaign website links to notes that "…the millionaire Senate candidate ruminated" on the Wisconsin Radio Network about how “the climate for business investment is far more certain in communist China than it is in the U.S. here.”

The consensus is that Sharron Angle held her own or bested Harry Reid in their debate. "Let’s get the easy part out of the way first: Sharron Angle won The Big Debate" said the Las Vegas Sun.

Nonetheless, Reid managed to cut, paste and freeze this moment from the dust-up. The moderator asks Angle if there’s anything, anything that the insurance companies should be mandated to cover. Angle -- with a candidate-in-the-headlights look -- pauses mightily and then asks with a whiff of desperation "Anything at all?" Behind this, we hear a few Jeopardy-like chords (the mix should have been louder). The panicked moment of mental groping is repeated later in the spot. It’s a rescue effort that’s not as successful as last week’s effort in Chile, but an impressive salvage operation given the pathetic Reid performance.

Here’s yet another spot bashing Toomey for almost personally shipping jobs to China. This one adds dessert: a fortune cookie that cracks open, with the message reading "He’s not for you" with a little sad face beside it. Lost opportunity for the Democratic Senatorial Campaign Committee; how about "Smile! Chinaman soon have your job!"

Jeez, are we even losing our global dominance in negative campaign advertising? From our usually even-keel friends to the north comes this spot that attacks Sam Katz, the current mayor of Winnipeg.

The commercial starts off innocently enough, ticking off Katz’s do-nothing administration. But then we go from ticking to kicking, as the ad cuts to a soccer game and poor Sam is captured in a moment of utter klutziness. The announcer wraps it up: "Sam Katz. He kicks children in the face. Nice."

"Hmmm, I oppose his free wifi and hi-speed rail positions, but I support his kid's face-kicking position.

Legendary Alaska Senator Ted Stevens is perhaps the only politician to have been both rehabilitated -- his corruption charge was tossed because of "gross prosecutorial misconduct" -- and reborn.

The Stevens family agreed to release this posthumous endorsement message that Stevens shot for Lisa Murkowski, shortly before he died in a plane crash. Complete with an introduction from Stevens’ daughter that explains it all, it’s a compelling package -- the most dramatic Alaskan return from the beyond since Arthur Miller brought Willy Loman’s brother Ben back for a flashback scene.

We never hear the name of Marshall’s opponent. That doesn’t matter. The conceit is to make Marshall an enemy of San Francisco’s free-thinking, free-loving, defining-deviancy-downward culture and everything Pelosi stands for.

But here’s the shocker. Marshall is a Democrat. This must be the fastest and furthest a candidate has ever run from their majority leader in the history of strategic distancing.