The Tea Partier spent over $5 million on fundraising in the 3rd quarter, according to filings obtained by Salon 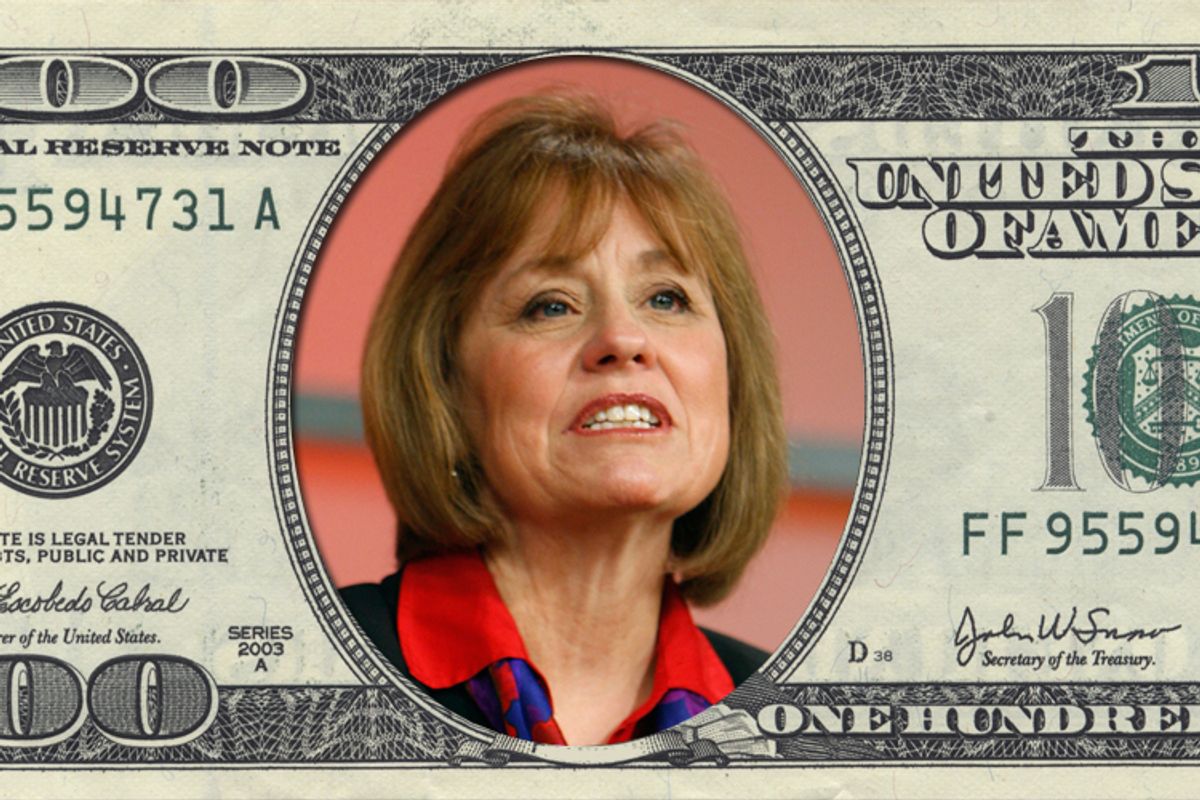 Several Washington, D.C.-area political consulting and direct mail firms made a fortune off of Sharron Angle's record $14 million haul in the third quarter, with the campaign spending a whopping $5.3 million on fundraising expenses, according to FEC filings obtained by Salon.

We have one of the most successful direct mail programs in campaign history. We spent about $4 million to raise $9 million from direct mail and over $14 million overall for the quarter. That's a good investment. We now also have about 200,000 Americans across the country who are supporting Sharron and we can go back to them again for ask for help. Harry Reid wishes he had that kind of following. We raised more in the first two weeks of October than he did in the last three months.

Salon reported earlier this year on Angle's use of the notorious D.C.-based direct mail firm Base Connect, which has a well-documented history of fundraising on behalf of conservative candidates and keeping a huge portion of the proceeds in the form of fees. (An Angle campaign staffer is the former head of business development at Base Connect.)

Angle is still using Base Connect and its partner companies (Century Data and Legacy Lists), but their fees were a relatively modest $920,000 in the third quarter.

By our analysis, the campaign also spent well over $4.4 million on TV and online ad buys. It spent a total of $12 million out of the $14 million it raised.

Many of the firms that were major recipients of Angle campaign dollars are little-known outfits based in Washington and Virginia. Patton-Kiehl Group in Thornburg, Virginia, for example, was paid about $1.5 million for direct mail postage and printing. The Greenwood, Indiana-based Prosper Group was paid about $370,000 for fundraising consulting.