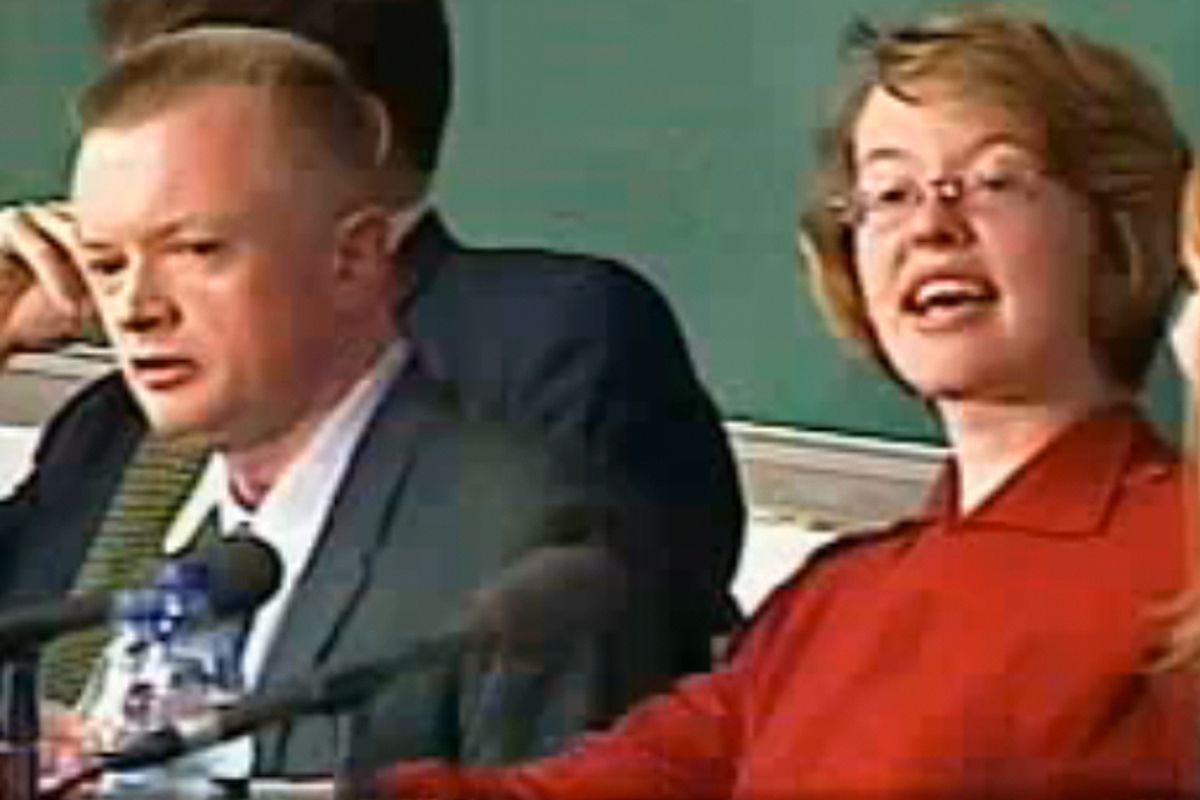 Normally, one would not expect great entertainment from a panel discussion, aired on C-SPAN2, made up of contributors to a new Jonah Goldberg-edited collection of essays by young conservative writers. But great entertainment is just what Book TV's six viewers got when panelist Todd Seavey leveled bizarre accusations against -- and unloaded years worth of simmering resentment on -- his co-panelist and ex-girlfriend Helen Rittelmeyer.

I highly recommend watching this video in its entirety:

Here, from the Daily Caller, is a partial transcript:

Seavey: I probably should confess that Helen and I dated for two years, so we’ve sparred about many things. It might come as a surprise to some of you that we dated for two years, not just because we have ideological differences, but because there are probably some people in this room who also dated Helen during those two years, given how tumultuous it got. It was sort of on again, off again.

Rittelmeyer: “I’m in favor of combativeness.”

Seavey: “And, at at times her gamesmanship would include even coldly saying that she was gonna play matchmaker and set up a couple and then seduce the man away to play with his mind and hurt the woman, which when you think about it is pretty creepy. Kinda disturbing.

Rittelmeyer: “Is all this going on CSPAN?”

Rittelmeyer's alleged support for violence and assault notwithstanding, she comes off as quite a bit more reasonable -- or at least good-humored -- than Seavey in this exchange, and in their respective comments to The Daily Caller.

The Caller also tracked down a wonderful "personal ad" Seavey penned in 2007, made up primarily of complaints -- some quite specific -- about unnamed other women in his life.

As for their entries in the book itself? Seavey's is another addition to the "cool young members of the counterculture should totally be conservatives" genre, tenuously connecting the spirit of punk (or, at least, the "New Wave" he enjoyed in high school) to the Tea Parties, Reagan, Milton Friedman, etc.. (Seavey had the singer from the awful '90s version of The Misfits address the New York Young Republicans Club, and Johnny Rotten was a notorious right-winger, so... kindred spirits!) Rittelmeyer's essay is a lot about Yale, and the people she met at Yale, and the things they did at Yale, and also a little bit about how smoking is cool, which I, for one, will not argue with.

The entire event is preserved in its entirety here.