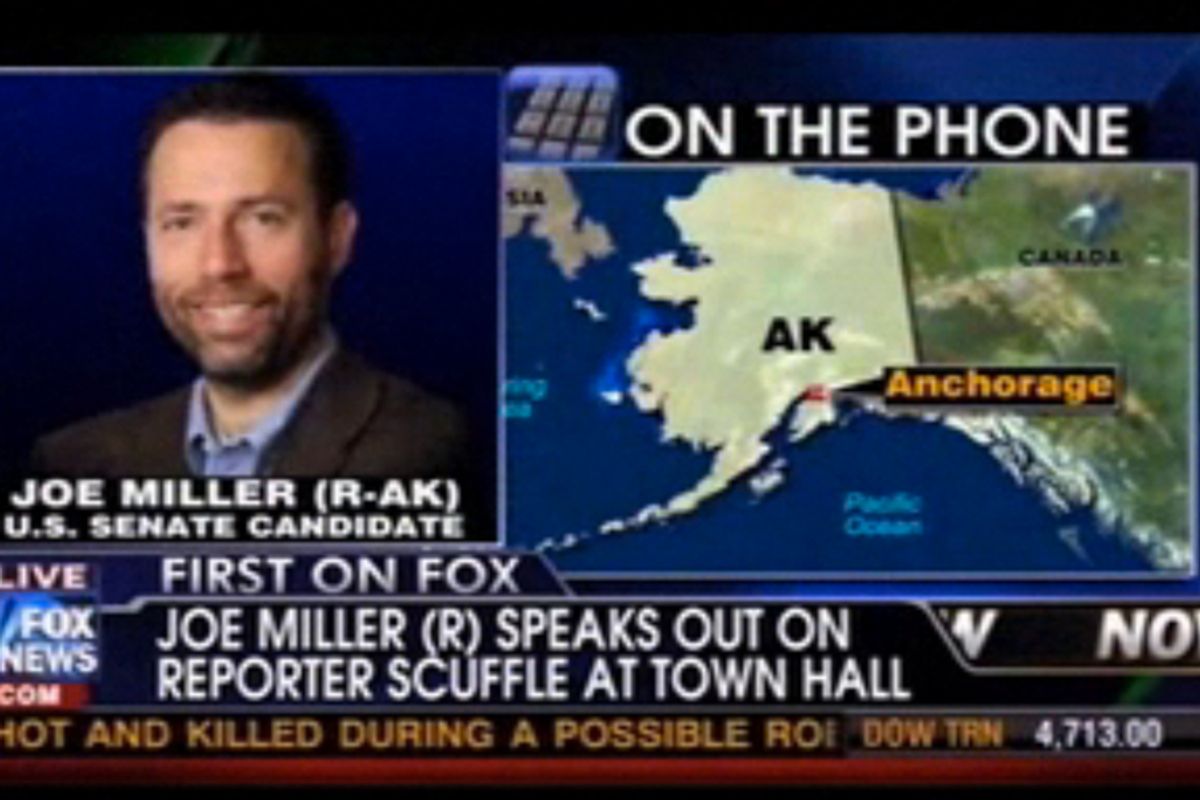 Joe Miller sort of explained on Fox today why his hired goons handcuffed a local reporter yesterday at a town-hall meeting. Tony Hopfinger of Alaska Dispatch was taping the event and wanted to ask Miller a question about Miller's employment at the Fairbanks North Star Borough, which ended under mysterious circumstances. So they cuffed him.

Please note that Miller keeps calling Hopfinger a "blogger," which is, I think, supposed to discredit him. Tony Hopfinger's Alaska Dispatch is an online publication, yes, but it's not quite one man's blog. It's a large, for-profit enterprise staffed by a number of newspaper and TV and alt-weekly veterans.

But, yes, "hounding" a candidate with a Flip camera is not yet a crime. And Fox would be pretty outraged if some Democrat did this to that little twerp James O'Keefe, or something.