The "menaissance" hits the runway 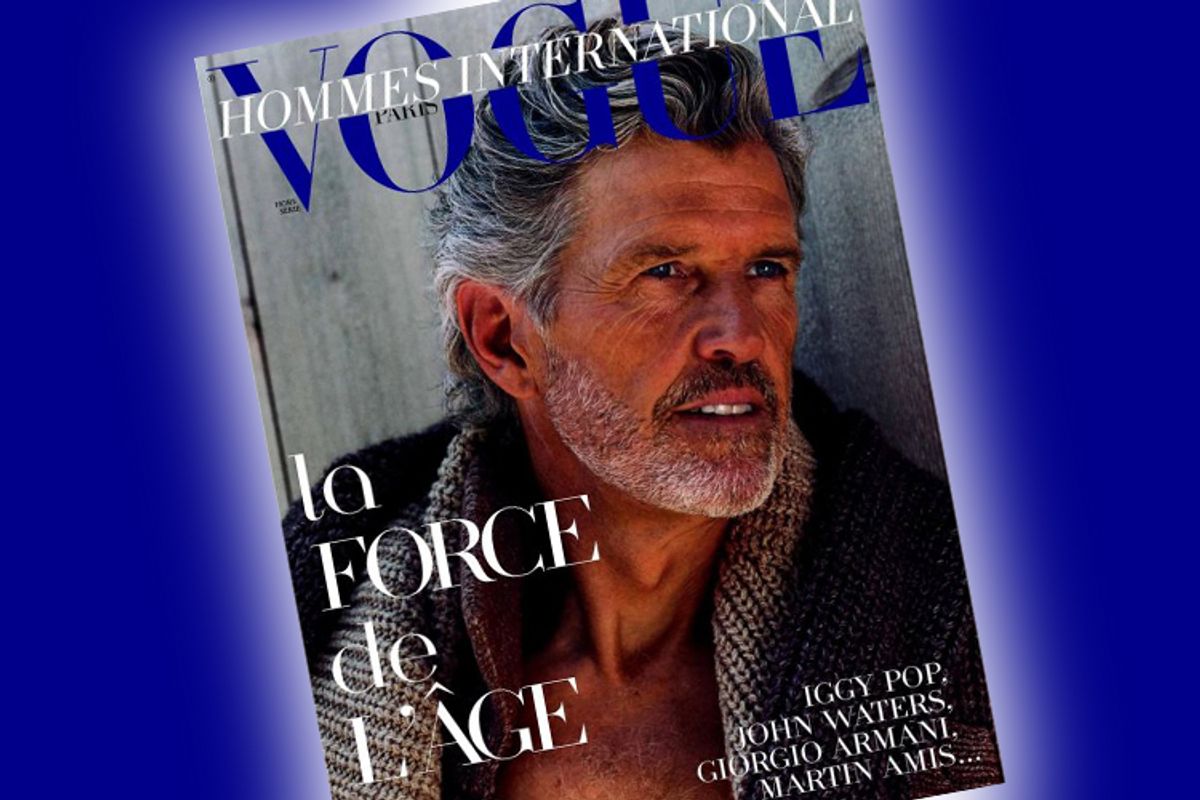 The new "in" thing this season is masculinity, according to the New York Times' Sunday Styles section. I didn't realize that manliness had become unfashionable, but apparently runways and men's magazines were feminized in recent years -- you know, just like everything else in our world. Now, designers are tossing aside the "skinny skate-rat" look, the "juvenile with pipe-cleaner proportions," and "casting their runway shows and ad campaigns with increasingly hirsute, well-built, mature types -- men who certainly look as if they've never been waxed or had a manicure."

This is a reclaiming of medieval masculine ideals right in line with the larger "menaissance" that has supposedly been underway for a couple of years now. That phenomenon has been blamed on all sorts of things -- namely, feminism -- but here we have a different culprit. Joe Levy, editor in chief of Maxim, told the Times, "Men have always been defined by their jobs -- always." But, the recession (or "mancession") hit and "suddenly the notion of having a job or a career is in doubt," he said. "So you fall back on old notions of what it meant to be a man or to look like one." Cue obligatory "Mad Men" reference: "What they want, in short, is Jon Hamm," writes Guy Trebay.

As we've learned from trend piece after trend piece, the "mancession" has turned gender roles upside-down, leaving men feeling aimless and emasculated. "At a time of underemployment and digitized labor that doesn't have real products at the end of the process people want to be reminded that we as men do work, we do labor, we do still make things," said GQ's editor Jim Nelson. (Shorter: Me man, man do make things.) Writes Trebay: "Half the story pitches the editors at GQ get nowadays, Mr. Nelson added, come from writers who want to go to butcher's school." (Me man, man bring home self-cured bacon.)

It should come as no surprise that confident, uncomplicated masculinity would become trendy at a time of great anxiety over masculine roles. This is the fashion world doing what it does best: selling fantasies.