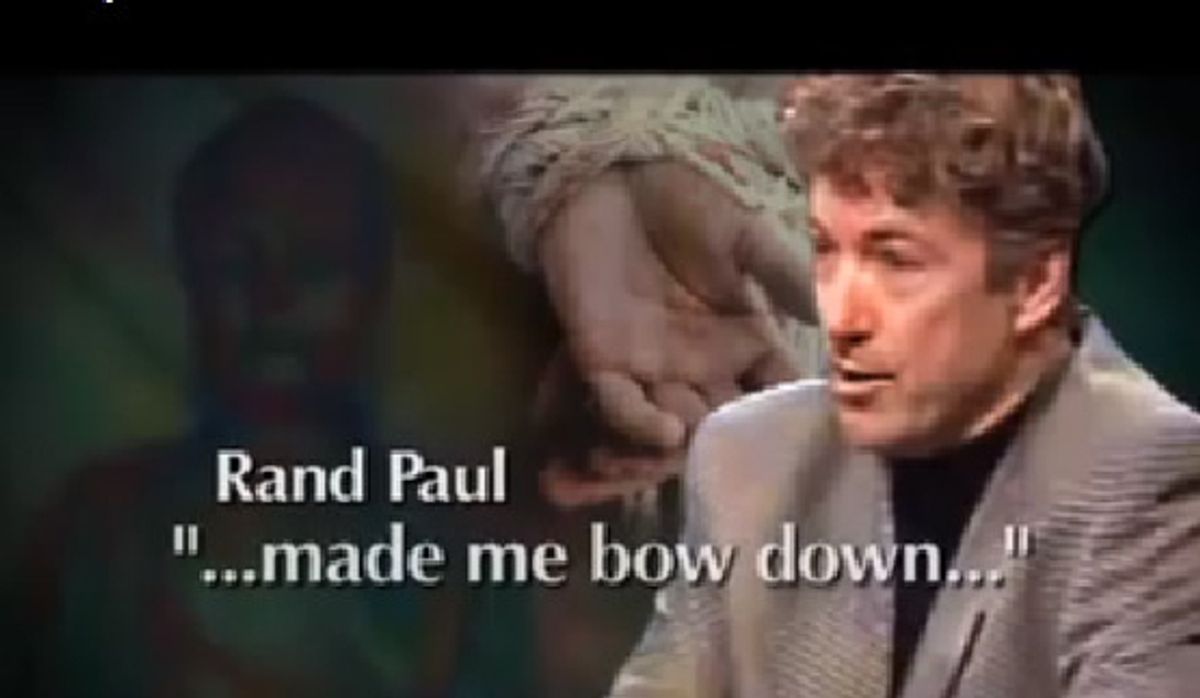 Rand Paul's debate last night with Democratic opponent Jack Conway turned very ugly. Conway has begun running ads that reference Paul's now-infamous membership in a "secret" college group called the NoZe Brotherhood. The Brotherhood was dedicated to "blasphemy," and they once staged a joke "kidnapping" of a female student, whom they "forced" to worship an idol they called the Aqua Buddha.

All the story shows is that in college, Rand Paul probably enjoyed smoking weed. (And he may not have taken his faith all that seriously.) The woman says the entire thing was "weird" but not especially threatening.

So at his debate last night, Rand went off on Conway for referencing the incident. Paul went all-out on the aggrieved outrage. He accused Conway of "attacking a man's religious beliefs to gain higher office." He said Conway should be ashamed of himself.

In order to make sure that no one emerged from this debate with any dignity, Conway doubled down.

"Why did he freely join a group known for mocking, for making fun of people with faith?" Conway asked during the debate. "When is it ever a good idea to tie up a woman and ask her to kneel before a false idol, your god, which you call Aqua Buddha?"

I'm no fan of that sort of questioning, but it is probably relevant in a state like Kentucky, when the man you're running against says he's a pro-life Christian.

Here's what I don't understand: Paul was a member of this goofy group. There's a photo and everything. If this Aqua Buddha incident was a silly bit of harmless college hijinks, why not just say, "that was just a bit of harmless college hijinks"? It would seem much better politics to laugh this off than to get huffy and offended. Though then I guess he'd have to answer questions about whether or not he found Christianity worthy of mockery in college. (Again: He was in college! Come on, modern-day Randy Paul, loosen up.)