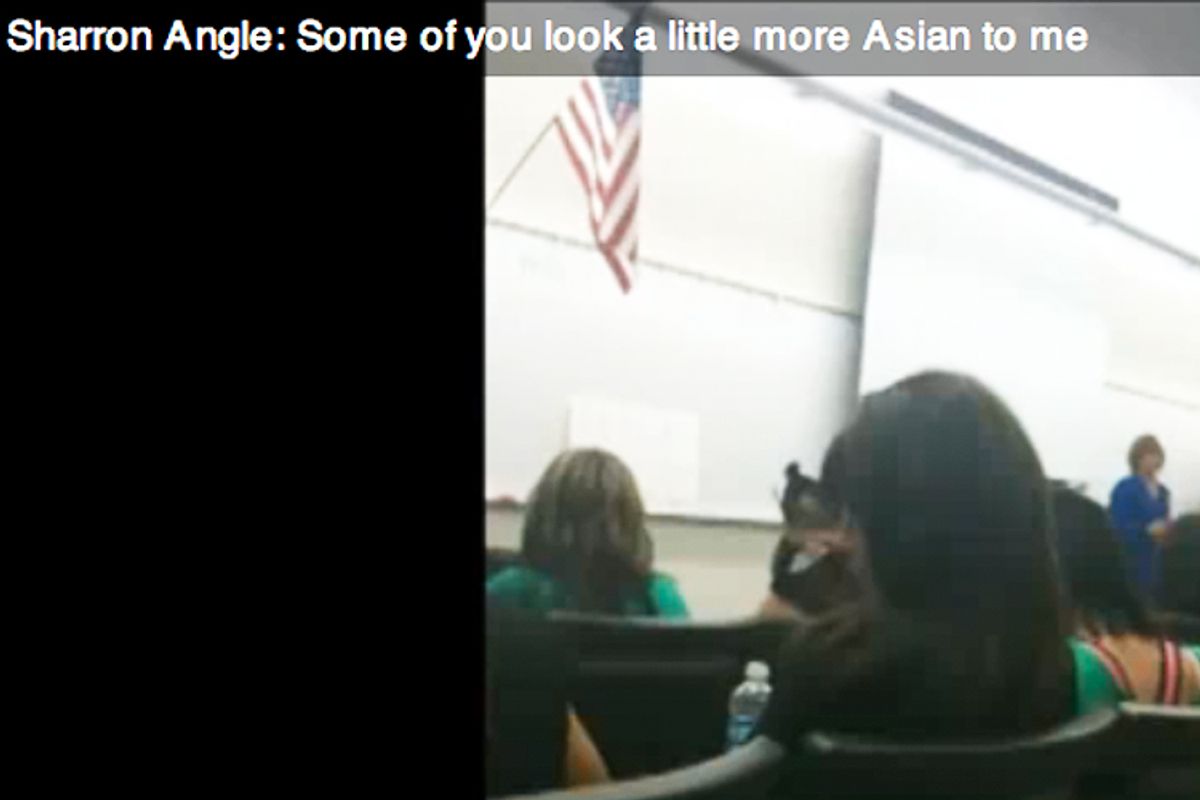 For some reason, Sharron Angle was recently speaking to Hispanic students at Rancho High School. They asked Angle why she spends so much time demonizing immigrants. Her answers, as reported by Nevada's Jon Ralston, ranged from "untrue" to "incredibly bizarre."

Here, Angle explains that the people in this blatantly race-baiting ad aren't meant to look Latino. (They may, in fact, be Canadian terrorists!)

And here, Angle says that some members of the Hispanic Student Union look "a little more Asian" to her. She also claims that she herself is Asian.

So that's what we want is a secure and sovereign nation and, you know, I don't know that all of you are Latino. Some of you look a little more Asian to me. I don't know that. What we know, what we know about ourselves is that we are a melting pot in this country. My grandchildren are evidence of that. I'm evidence of that. I've been called the first Asian legislator in our Nevada State Assembly.

No one knows what she means by that last thing. (Maybe she misunderstands the term "Caucasian"?)

Angle has already announced that this is all Harry Reid's fault, because Harry Reid "doesn't think Hispanics should be allowed to be Republicans." Which, sure.

Sharron Angle supports the rights of everyone -- regardless of race -- to be (or just look) Asian.