The Year in Sanity: Robert Sarver 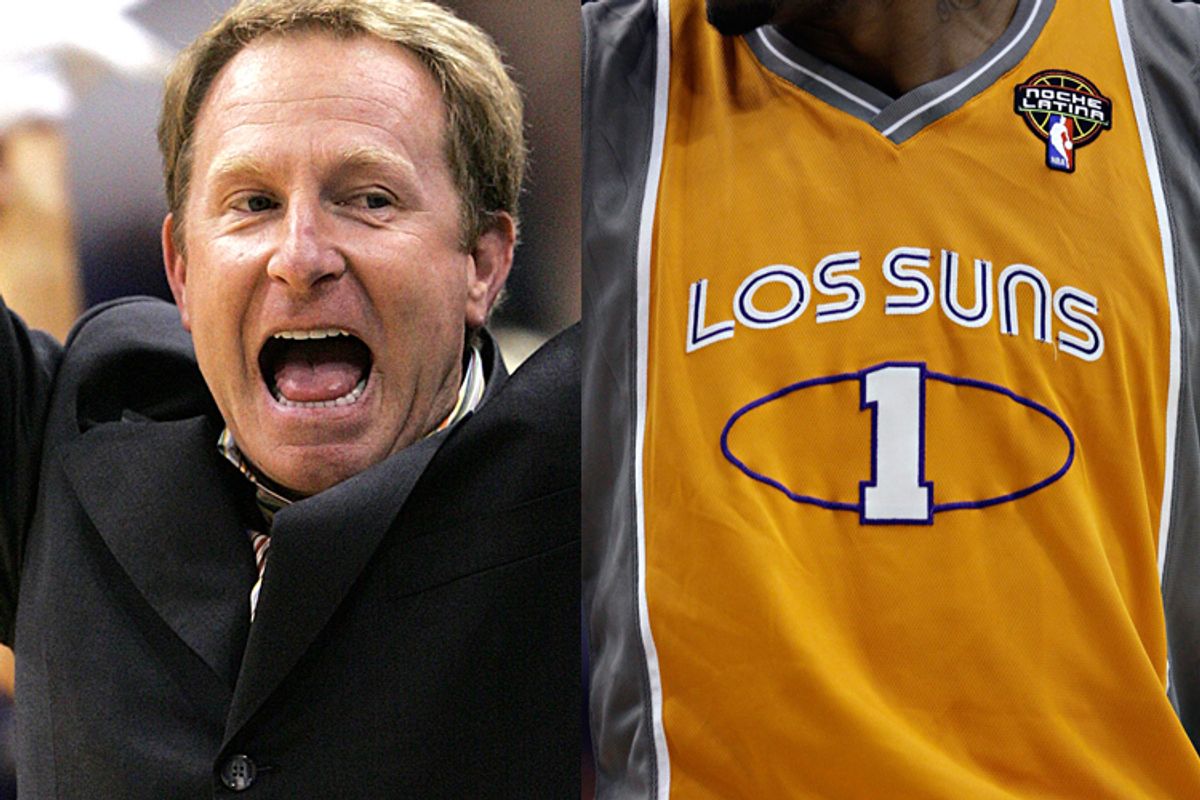 Last April, if you will recall, the Arizona Legislature passed an immigration bill that allows state and local police to demand documentation of those who are suspected of being in the United States illegally and then to arrest those who fail to provide it. Described as a necessarily tough measure by its advocates, including Governor Jan Brewer, the bill was widely supported by Arizona residents. However, passage of the law set off a spate of protests by opponents nationally who feared "racial profiling" specifically targeted at Arizona's Latino community.

Enter Robert Sarver, banker, entrepreneur and majority owner of the Phoenix Suns, Arizona's basketball franchise. Sarver's team was playing in the Western Conference semi-finals, and Game 2 happened to coincide with Cinco de Mayo this year. Following passage of the immigration bill, Sarver announced the team would wear special "Los Suns" jerseys "to honor our Latino community and the diversity of our league, the state of Arizona and our nation."

Sarver went further, acknowledging Arizona's frustration with the failure of federal immigration laws but describing the legislation as "flawed," adding: "However intended, the result of passing the law is that our basic principles of equal rights and protection under the law are being called into question ... "

In a year when most of the attention was directed at a far more flamboyant owner -- Yankees chief George Steinbrenner -- whose death recalled a lifetime of temper tantrums, let's give a big cheer to a level-headed and gutsy owner who used his high profile to support not only his team, but a much wider cause.