What we do know about the GOP's secret money tsunami

Sure, there's less disclosure this year. But the same business interests and billionaires are ponying up 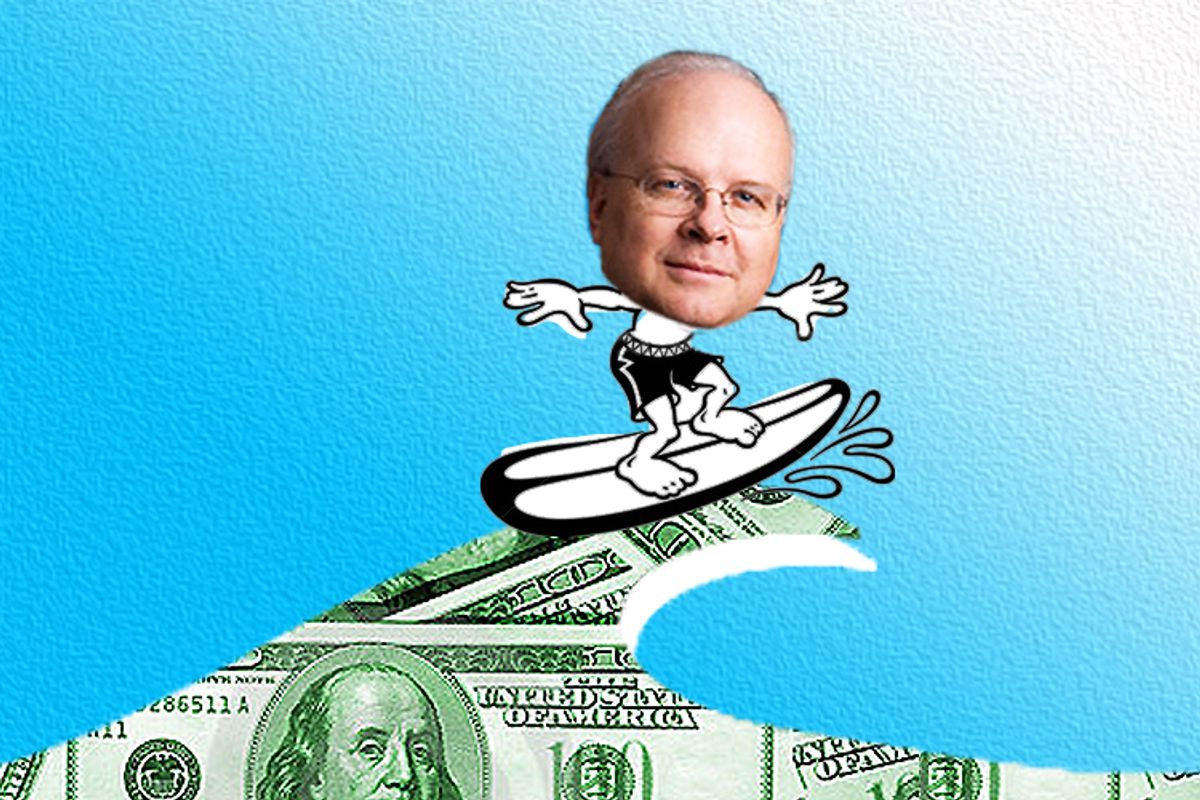 There's been a lot of (justified) hand-wringing this election cycle about the anonymity of the donors pouring millions of dollars into ad campaigns that more often than not target Democrats.

But in the increasingly infrequent cases when the curtain is lifted, we find that the usual suspects -- deep-pocketed business interests and super-rich conservative ideologues -- are funding the outside groups that are attacking Democrats and boosting Republicans around the country.

We've documented here how the financing of the Karl Rove-backed American Crossroads -- at least the small chunk of it for which donors are disclosed -- has come almost entirely from a handful of billionaires. For example, Dallas oilman (and billionaire) Trevor Rees-Jones has given Crossroads at least $2 million this year. The group has been running ads in nearly every major race in the country.

Crossroads has raised even more money from donors who, because they give to a partner group organized under a different section of the tax code, remain anonymous. Still, we can be fairly sure the money is not streaming in in $50 and $100 checks. It's coming from the Rees-Joneses of the world -- and most likely from business interests in particular states where Crossroads is active.

This latter phenomenon is underscored by some recently disclosed donor information for the groups known as super PACs -- which can raise, and spend, unlimited amounts of money on ads, but cannot coordinate with campaigns.

A typical example is an Alexandria, Va.-based group that is little-known nationally, the First Amendment Alliance. The outfit's website contains boilerplate language about reform and fighting big government. "[W]e communicate instances of waste, fraud, hypocrisy, and general disregard for standards of civility in society," it says.

According to FEC filings, the First Amendment Alliance has spent over $200,000 this month on ads in support of Republican Ken Buck in Colorado. Here's the group's ad attacking Democratic incumbent Michael Bennet for being a "tax-and-spend liberal" whose vote for the stimulus granted funding to drug research on animals:

So where's the money coming from? Colorado businessmen, for one. Here's just a small sample of the group's FEC filings:

The takeaway here is that, when an outside group runs an ad -- whether its donors are disclosed or not -- you can make some safe guesses about what sort of people are playing a role. That's not an argument against disclosure. It just means that, even if a higher standard of transparency were imposed, the fundamentals of the money-drenched political system would not change.