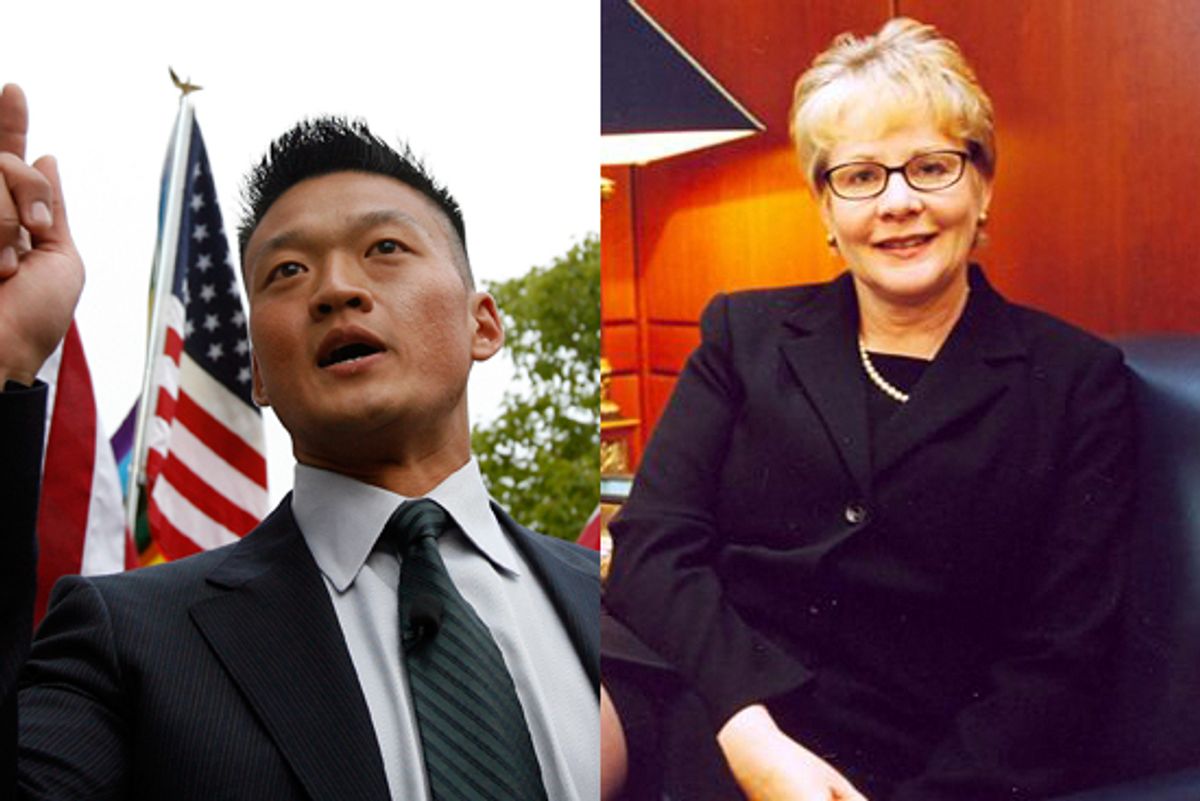 U.S. District Court Judge Virginia Philips declared the military's ban on openly gay service members unconstitutional in September, and she ordered a stop to the ban last week. Any minute now, she's expected to deny the government's request for a temporary stay of her injunction pending their appeal of her ruling.

Barack Obama wants "don't ask, don't tell" repealed legislatively. His Justice Department is charged with enforcing and defending the laws passed by Congress. So DOJ politely asked Judge Phillips to lift her order for the military policy to be immediately ended at the same time as Obama's Pentagon halted dismissals under the policy. It is a strategy that pleases no one, and Phillips was not convinced by the Justice Department's argument that ending the policy would cause "irreparable harm" to the armed forces.

The administration will now probably ask the Ninth Circuit Court of Appeals for a temporary stay. Again, Obama's preference for results to be achieved only through the "correct" process is killing him politically with his supporters and gaining him nothing from his opponents.