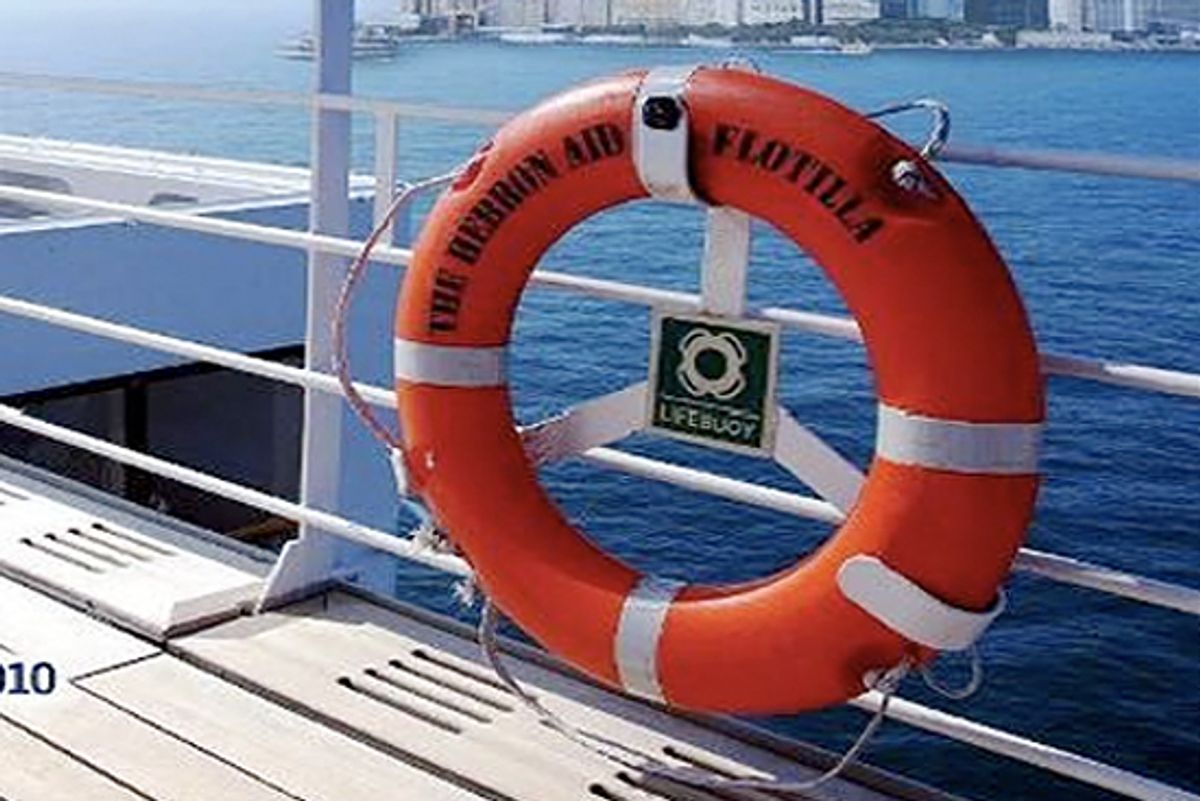 Screenshot of the home page of the Hebron Fund Annual Dinner
--

It's fairly well-known that U.S. groups raise millions of tax-deductible dollars each year to support Jewish settlements in the occupied West Bank. But here's the most brazen fundraising effort we've encountered in a while: the Brooklyn-based Hebron Fund is holding a dinner cruise that will leave from Chelsea Piers in Manhattan next month, and the group is dubbing the event the "Hebron Aid Flotilla."

That name, of course, is a play on the Gaza aid flotilla, the boats carrying humanitaritan aid that were raided in May by Israeli commandoes, who killed nine of the passengers.

Those participating in the Hebron Aid Flotilla select from donation levels ranging from $100 to $100,000 in order to "raise our voices and take out our checkbooks in protest against the evil discrimination against the Jews of Hebron and Eretz Yisrael." The main honoree and keynote speaker, will be Caroline Glick, the right-wing Jerusalem Post editor.

The Jews of Hebron are no ordinary settlers:

Today there are between 500 and 600 settlers living in the center of the city, guarded by 4,000 Israeli troops. They live among nearly 200,000 Palestinians.

The opulence of the recent Grand Hyatt event in New York stands in stark contrast to the brutal reality of life for the Palestinians who must live amid the settlements supported by the Hebron Fund's charity. Like most of the West Bank and the entirety of Gaza, the Israeli occupation has transformed Palestinian Hebron into an open-air prison in which any sort of normal life is impossible. Hebron's Palestinian citizens regularly endure round-the-clock curfews. They are effectively under house arrest, sometimes for weeks at a time. Violence at the hands of settlers is also a fact of Palestinian life in Hebron.

In its fundraising pitch, the Hebron Fund boasts that tax-deductible donations to the group will work against U.S. government policy:

2) Support for settlements is tax deductible! The fact that this administration may decide to fly in the face of US law and commitment does not negate the tax deduction on donations to Jewish causes on the West Bank. Even the NY Times wrote: “…the tax code encourages citizens to support nonprofit groups that may diverge from official policy, as long as their missions are educational, religious or charitable.”

They're right -- that Times article is right here.