He was considered a possible heir apparent; his departure is bad news for the software giant 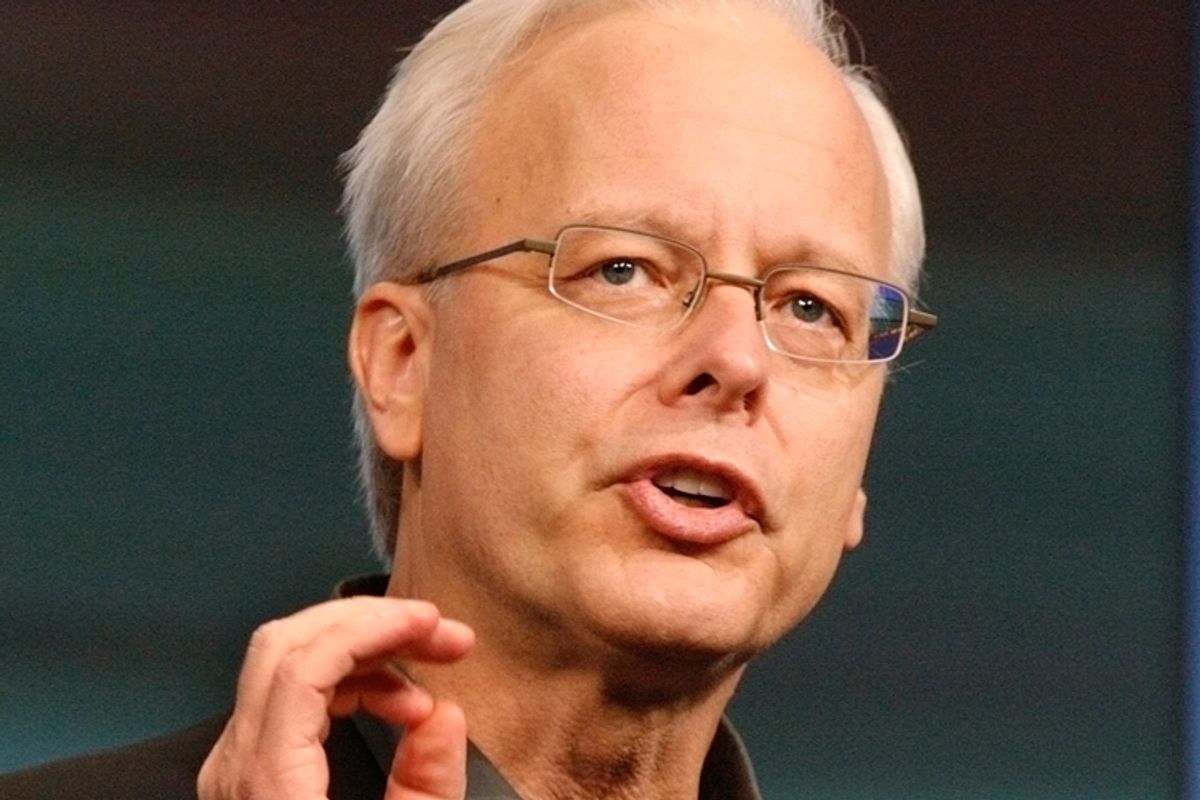 Ray Ozzie gave me hope for Microsoft. When he joined the software behemoth after it bought his collaboration-software company, Groove Networks, he brought qualities to the executive suite that Microsoft sorely needed. The most notable was an appreciation that the software world was moving toward models of cooperation with others as much as plotting their ruination. He was considered a potential, even likely, successor to Steve Ballmer, the only other CEO Microsoft has had besides Bill Gates.

So much for that idea. Ozzie's departure, announced today in a weirdly low-key manner, shows that Microsoft is still struggling to define itself for the Internet era.

Ozzie was the company's Chief Software Architect, a position held previously by Bill Gates after he stepped down as CEO. It was an ideal fit: Ozzie's technical talent and vision for what we could do with technology were extraordinary. At Microsoft he headed up an effort to move the company toward the era when software was more online than not, a sea change for a company that had for its entire existence been all about what amounted to packaged goods.

I've been an Ozzie fan for years. To journalists who covered his doings, he was patient in helping us understand what he was doing. Just what that was could be hard to grasp, given how far ahead of his time he proved to be on project after project at several companies including Groove and, before that, Lotus Notes.

For all his qualities, Ozzie didn't push Microsoft fast enough toward the future, or else his pushing was resisted. Microsoft dallied way too long to get into the "cloud" where software becomes as much as service as a product you buy. The competition -- Google, Amazon and others -- is more entrenched now, and for all the formidable technical talent at Microsoft, the company hasn't caught up in key areas. Keep in mind, however, that Microsoft's bread and butter (and gold and diamonds) remains in the licensed-software market, where it's still an absolutely huge and immensely profitable enterprise.

It'll be fascinating to see what Ozzie does next. I find myself hoping he'll try something in the social-entrepreneurship arena. Certainly he can live with a lower paycheck than most of us.

As for Microsoft, which keeps losing (or expelling) top executives, the questions grow more urgent. Ballmer has been a better CEO than his critics say, but if the board isn't pushing him to line up a solid successor, and soon, the directors are falling down on the job.