Delaware's non-witch Senate candidate can't remember which amendments do what 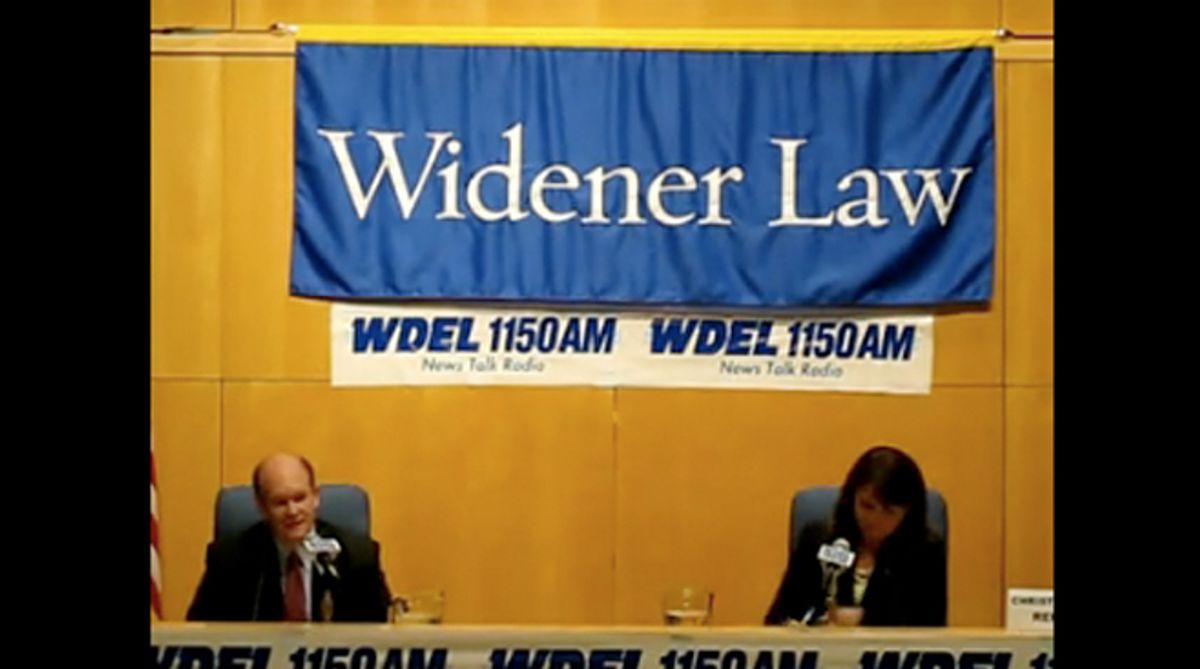 So, Christine O'Donnell doesn't know what the First Amendment is. People have been making fun of her for this, obviously. But to my mind, this is the far more damning bit of her debate performance:

Also during the debate, O'Donnell stumbled when asked whether or not she would repeal the 14th, 16th, or 17th Amendments if elected.

"The 17th Amendment I would not repeal," she said, before asking the questioner to define the 14th and 16th amendments, adding: "I'm sorry, I didn't bring my Constitution with me."

This after challenging her opponent's understanding of the Constitution. (Note to Constitution-worshiping Tea Party types: The amendments count as part of the document.)

Here's a video of the whole sorry performance. Amendment confusion begins about three minutes in.

At around six minutes in, U.S. Senate candidate Christine O'Donnell doesn't appear to know that the First Amendment bars the government from establishing a national religion.

At The Corner (which has comments all of a sudden), Ramesh Ponnuru, who really is better than this, attempts a woefully unconvincing defense of O'Donnell, by claiming she was putting forth an intellectual argument about the Founders and "secularism."

It is clear, in the video, that O'Donnell doesn't even recognize the language of the Establishment Clause itself.

Coons: "Government shall make no establishment of religion."
O'Donnell: "That's in the First Amendment?"

Of course, O'Donnell's ignorance is at least a valid excuse for not understanding the separation of church and state. There are plenty of people -- like Nevada's Sharron Angle -- who know the language of the First Amendment but choose to believe laughable nonsense about it regardless.