Is it extending control-freakery up the value chain, or will this lead to more open iPhones and iPads? 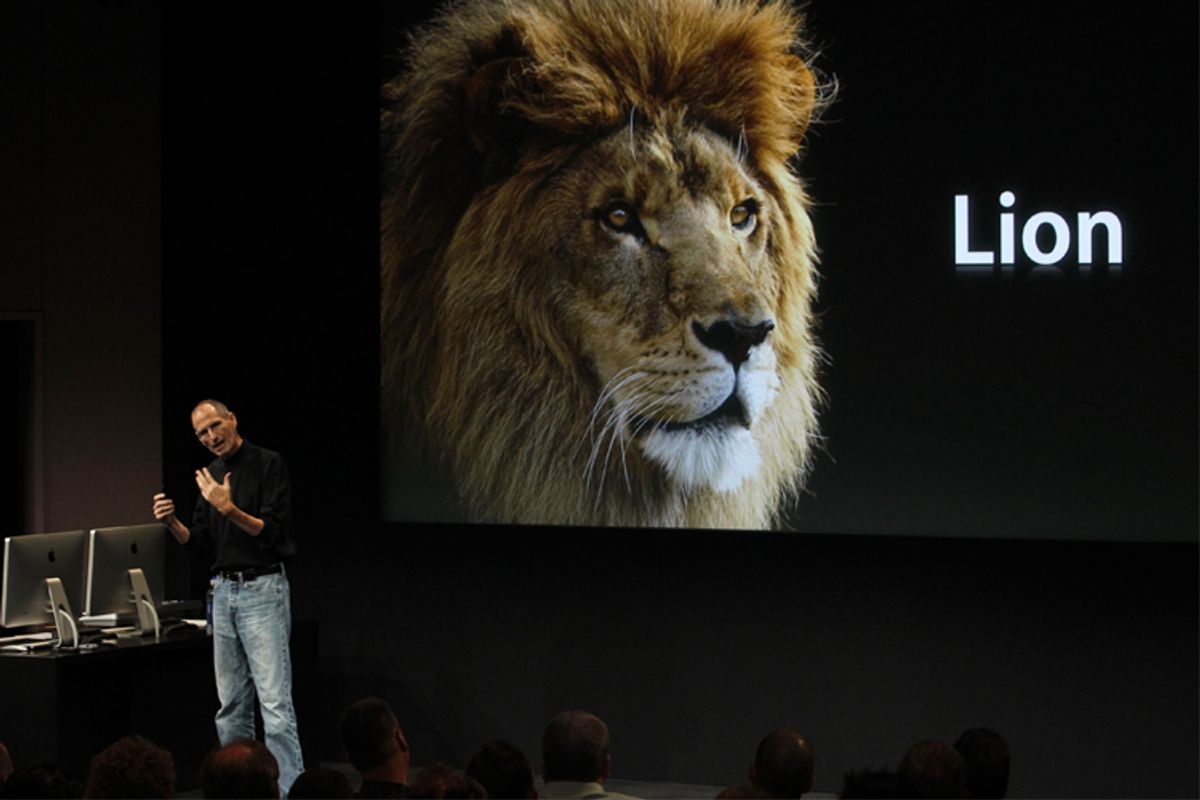 Apple CEO Steve Jobs gestures as he unveils the latest improvements to Mac software during a news conference on Wednesday.
--

Is Apple ratcheting up its patented control freakery, which it's used to lock down its line of mobile devices, to the desktop and laptop? It seems so. This time, however, it's doing so in a way that shows at least some respect for the idea that people should be able to do what they wish with what they've bought.

Amid a number of announcements the company's CEO, Steve Jobs, made on Wednesday -- notably including the launch of new notebook computers that are (of course) thinner and lighter than ever, which the tech media will no doubt dwell on -- came the news that Apple is bringing the App Store to the Mac. This was the big news, in my view.

It won't be the only app store for the Mac, Jobs said, just the best one. If it becomes the default method by which people get Mac software, however, that's ultimately not good news.

The App Store model, as practiced today on the iOS family of gadgets -- the iPhone, iPad and iPod Touch -- is about control. Apple makes key, effectively life-or-death decisions about what meets its own standards. From its viewpoint, or at least what it makes PR points saying, this control is aimed at enhancing the user experience and ensuring that apps are safe and polite in a variety of ways.

But safe and polite have led, again and again, to Apple exerting the kind of control that has, for example, frozen out a political cartoonist on the grounds that Apple couldn't allow content that denigrates others; frozen out apps created with non-approved development tools; and more.

The fact that Apple reversed course in several cases isn't the point. The issue is that it insists on the right to tell developers what can run on Apple computers (and the handheld devices are computers) even as it makes their lives potentially better.

In a posting on the Macworld website, Daniel Jalkut, a Mac developer, explained the advantages and disadvantages this way:

﻿(The App) Store has one advantage for developers: Apple takes care of the nuts and bolts of the operation, leaving developers free to focus on developing software.

But because Apple runs every aspect of the store, and because it is not afraid to flex its muscle, many of the freedoms I enjoy in my Mac software business are forbidden in the App Store. I can't offer trial downloads of my software; release updates immediately or without Apple's approval; collect contact information from my customers; offer discount coupons, freebies, or bundle deals; or take advantage of innovative, third-party developer technologies.

In short, every decision about my business -- be it technical, aesthetic, or entrepreneurial -- is ceded in part or wholly to Apple. Keeping a strong foothold on the Mac is one way to make sure that, for one of Apple's platforms at least, the buck still stops with me.

I'll be waiting to see if he uses the new Mac App Store, assuming its rules are the same.

But more important even than developers' wishes are what Apple customers are allowed to do with machines for which they've paid a relative arm and leg. For now, the fact that developers will be able to write what they want and sell it via other channels is good enough. Let's hope that alternative channels remain "allowed" for as long as the Mac is sold.

Now, there will certainly be useful elements to the Mac App Store, especially the automatic updating feature for software that needs bug and security fixes. Several services already do this, including CNET's TechTracker, so the idea isn't new. But you can easily imagine Apple taking a commanding lead in the field. Auto-updates of this kind, as long as they are designed to fix problems, not add new restrictions, as has happened from time to time, are valuable and one of the best features of most smartphones.

I fear that Apple will use the inroads it makes with the Mac App Store to further restrict what users of future Macs can do. It couldn't retroactively lock down Macs the way it's locked down the iOS devices, not without creating a firestorm. But it could someday decide to sell only iOS machines, or declare that new machines running some future Mac OS -- not next summer's Mac OSX "Lion" version, apparently -- would work only under the same principles. I believe this is the endgame, but I'm hoping for the best.

That would be a recognition on Apple's part that when we buy computers we want to be able to tweak them to our own ends. So, what I hope is that Apple will open up what it's doing on the iOS family. Allowing other marketplaces with apps and content that Apple doesn't like on those devices would mostly end people's objections to the internal control-freakery.

A forlorn hope, no doubt.

The new Macbook Air models are, as always, gorgeous and expensive machines. There are equally small and light models available from other computer makers; only Apple, of course, can generate news by releasing something similar.

My favorite part of today's announcements was the improvements to the iLife suite of consumer software products. The new iPhoto and iMovie look good, but I get more and more impressed with Garageband. As someone who once played music for a living and now dabbles in digital music, I'm dazzled by the power of this software, which is good enough for even a pro to use for all but serious studio projects. Especially cool are the learn-to-play modules, which surely are making human music teachers nervous.

For $49 as an upgrade (it's included with every new Mac), iLife has to be "some of the highest value software in the word," Jobs said, and that's indisputable.