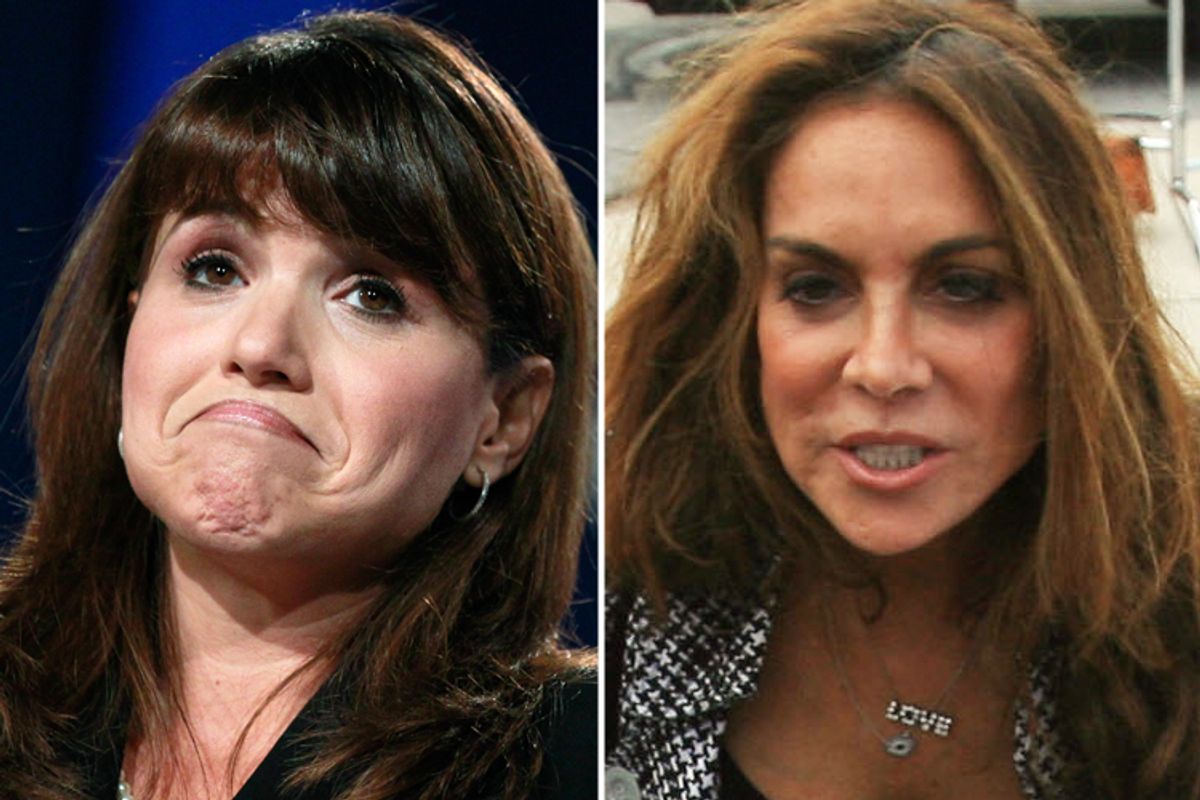 [Updated] Below, a screenshot of Delaware's Republican nominee for U.S. Senate Christine O'Donnell's "endorsements" page. We've got Mitt Romney, Jim DeMint, the NRA, Sarah Palin, the Tea Parties -- oh, and look at that: Down near the bottom (right above longtime socialite and fervent supporter of the Afghanistan Mujahideen Joanne Herring) is "Atlas Shrugs" blogger Pamela Geller. Pamela Geller, the main instigator in this summer's anti-mosque frenzy, is a bigoted conspiracy theorist. She's a liar and probably slightly insane. She regularly compares Muslims to Nazis. Geller's called Barack Obama's birth certificate a forgery, and Obama a Muslim. She published a lengthy "investigation" on her site in 2008 claiming that Obama's father was actually Malcolm X. And Charles Johnson recently documented her many ties to far-right neo-fascist movements in Europe. Johnson has examples of Geller defending white supremacists and even genocidal war criminals.

She's not the sort of person whose endorsement you want to advertise.

Update: Shortly after Salon pointed this out, O'Donnell removed the endorsement from her website -- which upset Geller so much that she withdrew it.