The military ban on openly gay soldiers is suspended, pending an appeal by the Obama administration 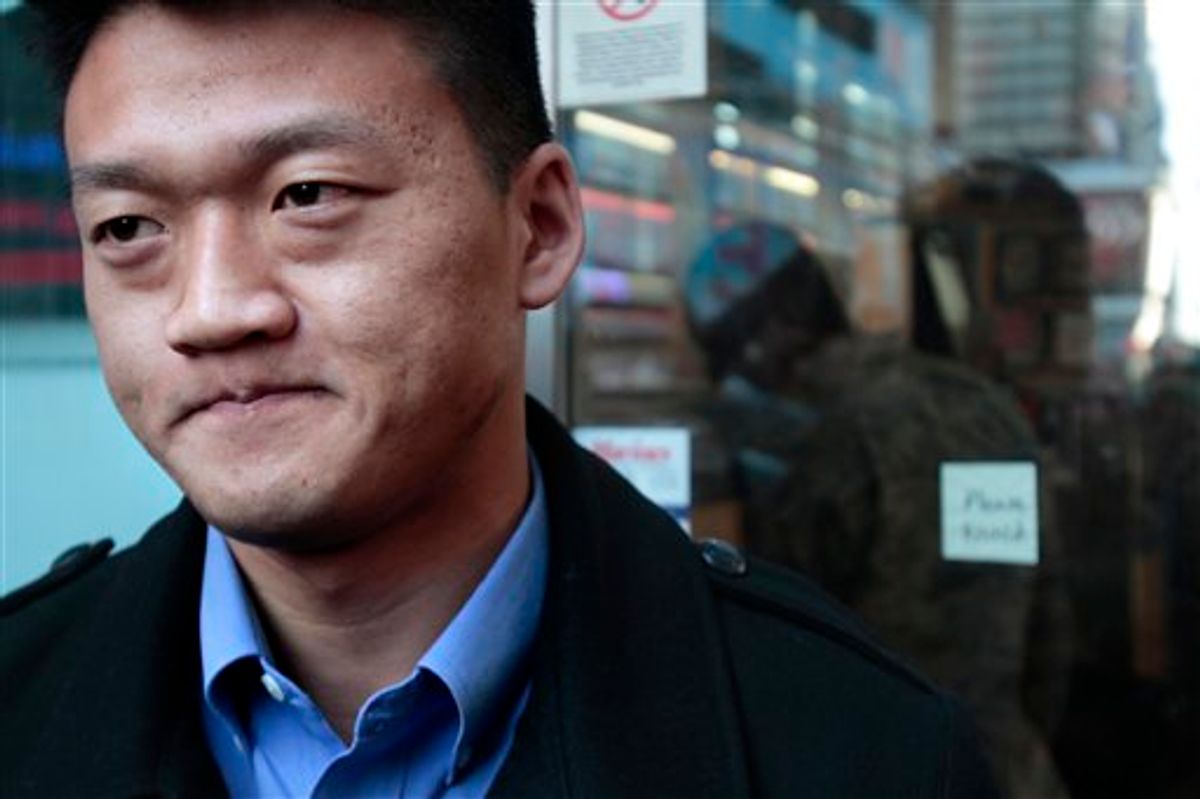 Dan Choi, an Iraq War veteran and a West Point graduate who was discharged from the military in July because he announced publicly that he is gay, reacts as he waits to enter the U.S. Armed Forces Recruiting Center in Times Square, hoping to re-enlist on Tuesday, Oct. 19, 2010, in New York. (AP Photo/Bebeto Matthews) (AP)
--

Yesterday, U.S. District Judge Virginia Phillips refused to stay her decision to end "don't ask, don't tell," the longtime ban on openly gay men and women serving in the armed forces. By the end of the day, military recruiters were accepting gay and lesbian candidates. And Lt. Dan Choi, the Iraq veteran, West Point grad and gay rights activist, went down to Times Square to reenlist. His request is being processed. (Choi first attempted to enlist in the Marines, he said on Twitter, but he was told he is too old.)

Recruiters were actually told to accept gay and lesbian candidates last Friday, according to this Department of Defense internal news clip:

The military is now barred from enforcing "don't ask, don't tell" pending its appeal, which should give their little "review" of the policy a good case study. (Because the policy could still be reinstated, the Servicemembers Legal Defense Network is advising service members not to come out.)