Where coach is better than the usual 1st class

Experiencing the joys of EVA, Taiwan's "other airline" 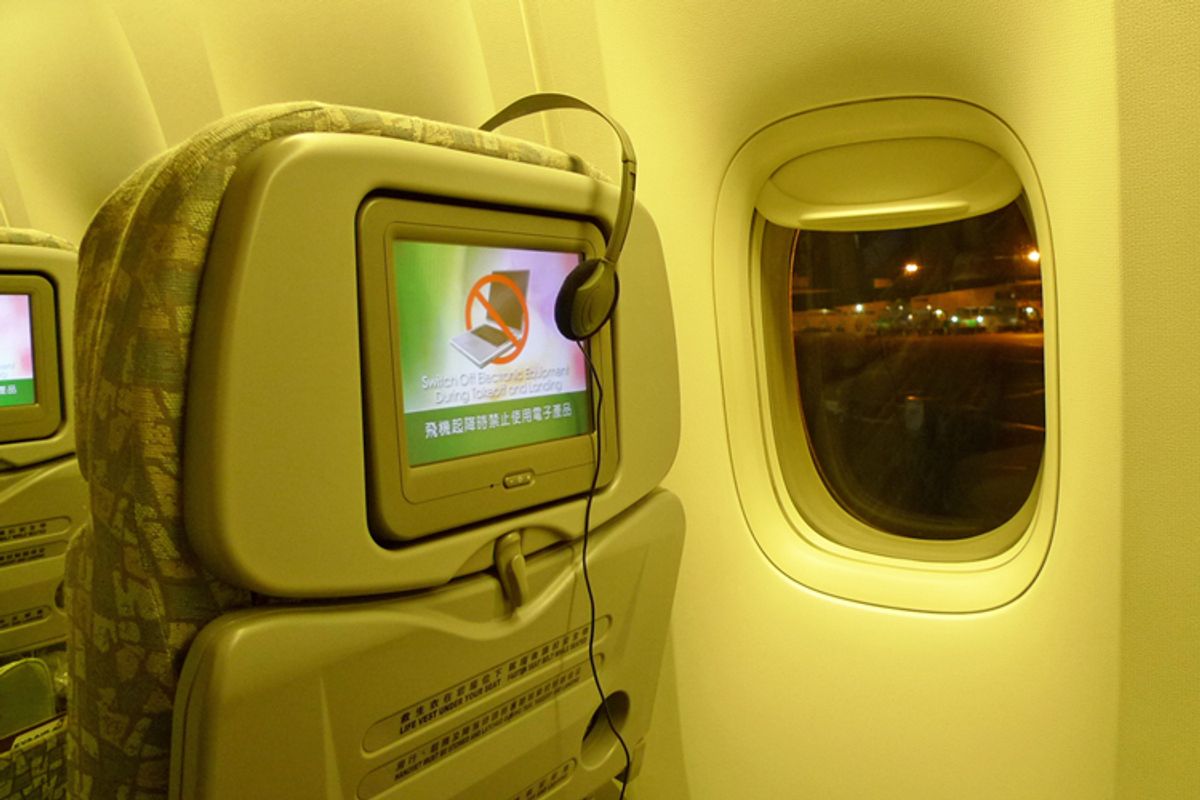 Flight 1, how cool is that? There's something prestigious, almost glamorous about single-digit flight numbers. Carriers usually assign these identifiers to their highest-profile pairings. New York to London, say.

You don't hear much about EVA Air, Taiwan's "other airline" and chief rival of the better-known if not better regarded China Airlines. EVA was set up in 1989 as an affiliate of the Evergreen shipping conglomerate, and today operates a fleet of 50 aircraft, all but a handful or which are wide-bodied Boeings and Airbuses (including 17 freighters), headquartered at Taipei's Taoyuan International Airport.

It ain't quite Singapore or Cathay Pacific, but EVA was recently ranked ninth best international carrier in the world according to Travel & Leisure magazine.

Stepping on board at LAX for the 1 a.m. departure, the first thing that struck me was the immaculate-ness of the airplane. You'd swear the thing had just rolled off the assembly line that morning. Not a spot, stain, smudge or single scrap of litter to be found. Of course, this kind of sparkle and shine isn't unique to EVA, and in sad fact such high standards of cleanliness are typical on non-U.S. carriers. Heck, the heirloom DC-9 that I flew aboard in Venezuela a few years back was better groomed than most of the newest generation Boeings and Airbuses flying in the States. Our planes are cleaner, and service is arguably better, than was the case five or 10 years ago, but we still have a long way to go.

EVA does its cabins in a muted gray-green -- a decor that is somehow both earthy and industrial. This oddly calming, yin-yangy scheme, together with the 777's beautifully sculpted ceiling and bins, give the jet a distinctly cozy feel. Cozy, need it be said, is not a word normally associated with commercial planes.

Ergonomic touches include contoured seatbacks, cloth fabric (temperature neutral and less slippery than leather), adjustable tray-tables with cup holders, and legroom a good two inches more than standard coach. There were slippers in the seat pocket and a big, tiltable video screen with actual headphones, not ear-buds. In the lavatory was an assortment of balms, sprays, creams and a bouquet of orchids (plastic, but still) sprouting from a wall-mounted vase.

This was economy, remember.

I will also mention, perhaps at my own peril, something that every passenger was duly aware of, whether or not he or she was willing or able to acknowledge it. That being the attractiveness of the EVA Air cabin staff, every one of whom appeared to be a Taiwanese beauty queen, impeccably uniformed and smiling.

Now, there were some kinks. That great big video screen is only useful when there's something worth watching, and EVA's video selections are even worse than those in the clearance bin at Target. (Air-to-ground camera views, now common on many overseas carriers and an exciting touch during takeoff and landing, also were absent.) And although the beauty queens came around repeatedly with drinks, and although a snack buffet had been set up in the rear of the cabin, the meals were bland and the portions lacking. Oddest of all, the trays came with no condiments whatsoever -- no salt, no pepper, no dressing for the tiny cup of iceberg lettuce.

But those are pardonable offenses. Dressing or no dressing, the cheap seats on EVA are probably better than the majority of U.S. domestic first class. I'd sat in first on the way to LAX and was roundly disappointed. There was no meal service, no pillows or blankets, no pre-takeoff drinks or cocktails. My tray table was busted in such a way that it hung sideways at a 10-degree angle. Nothing differentiated this supposed first class from coach except for the fatter seat.

In fact the seat was too big, its oversized rectangular cushions at a rigid perpendicular, without a hint of contour or ergonomic shaping -- a weird sort of throne that keeps you so bolt upright that your neck starts to hurt. It was noticeably less comfortable than one of EVA's economy chairs.

Or three of EVA's economy chairs, as I'd managed to score an aisle, middle and window all for myself.

The key to surviving 13 hours in economy is compartmentalizing your time. Take the hours one-by-one, with a series of tasks for each. Eat, watch a movie, read an article, do some computer work, play a game. Repeat.

Another proven method is to sleep for as long as you possibly can. For most folks, the latter technique requires ample doses of pills or alcohol, but it's a simpler (and less dehydrating) task on those rare occasions when the coach cabin is empty and you're able to lay claim to a block of three or four seats. Flip up the armrests and you've got yourself a pretty comfortable bed. It's funny, on underbooked flights, watching people stake out their territory, sliding over to the middle seat to ward off infiltrators from the left or right aisles, hoarding pillows and blankets.

I was one of those people en route to Taipei, and was fully horizontal within minutes of finishing my non-salad and papier-mâché noodles. It was that or watch "Toy Story 3."

I woke up about nine hours later, pretended to enjoy a tin of air-flavored eggs, and soon enough we were nosing down over the mountains of old Formosa.

And as the plane touched down in the ashen, pre-dawn sky, something struck me -- one of those moments when you're reminded of the remarkable capabilities of air travel, be they awe-inspiring or just plain weird: Between the time I'd landed in California and our arrival in Taipei, thanks to my consistent westward direction, it had been dark out for 19 hours and counting.