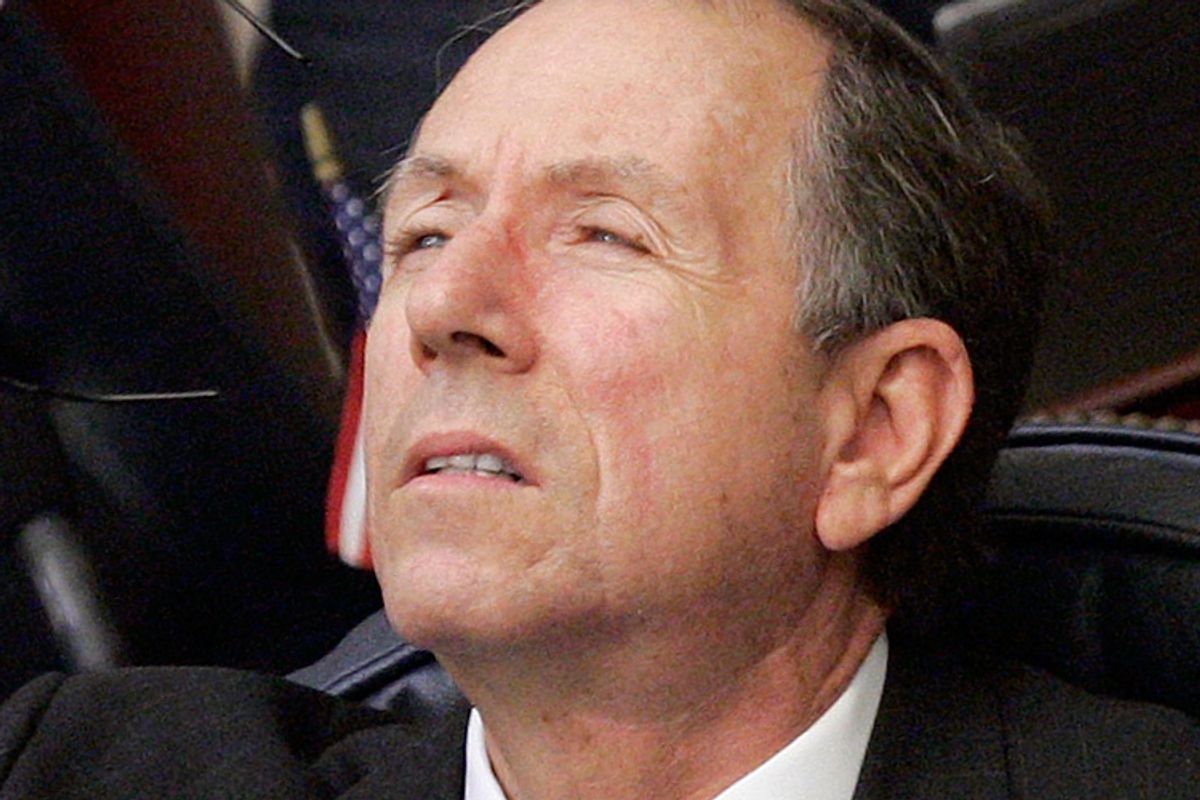 Florida Republican state legislator William Snyder has proposed a great new immigration law for his state, modeled on that one in Arizona. But this one -- which GOP gubernatorial candidate Rick Scott supports, of course -- has a special twist: White people are exempt!

What few observers seem to have noticed, though, is a bizarre clause Snyder included on page 3. Even if an officer has "reasonable suspicions" over a person's immigration status, the bill says, a person will be "presumed to be legally in the United States" if he or she provides "a Canadian passport" or a passport from any "visa waiver country."

What are the visa waiver countries? Other than four Asian nations, all 32 other countries are in Western Europe, from France to Germany to Luxembourg.

Others detained by the police would need to carry papers proving that they're in the U.S. legally. Because, I guess, Canadians and Europeans are never in the U.S., on expired or no visas, working jobs illegally. It's just the Mexicans.

(One more thing that will be tough for Florida's law enforcement: Cubans that make it to the U.S. -- including those who enter from Mexico -- are allowed to be here. Just no Mexicans!)