In a video from the campaign trail, the ex-Alaska governor appears to violate the Flag Code 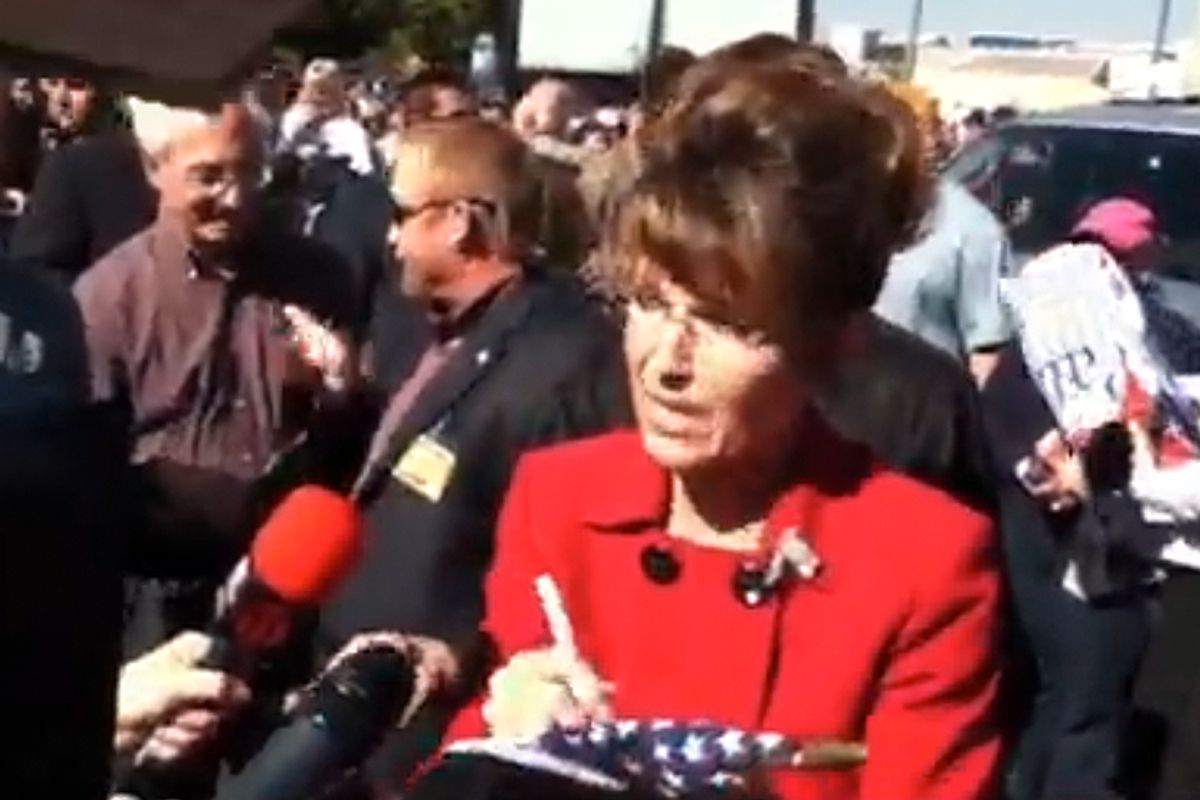 While campaigning in Reno this week, Sarah Palin puts her signature to...something
--

[Updated]The Guardian caught up with Sarah Palin on the campaign trail in Reno this week and posted some video of her working the crowd while singing the Tea Party's praises. But look closely: At around the 1:30 mark, it appears that she's handed an American flag by one of her fans -- and that she signs it.

The evidence is imperfect, but if she did put her signature on Old Glory, it would be a clear violation of the Flag Code. Subsection 8, part (g) reads: "The flag should never have placed upon it, nor on any part of it, nor attached to it any mark, insignia, letter, word, figure, design, picture, or drawing of any nature." Judge for yourself:

Update: Upon closer inspection, it's almost certain that Palin signed it. At the 1:41 mark, writing is visible on the flag as she hands it back: