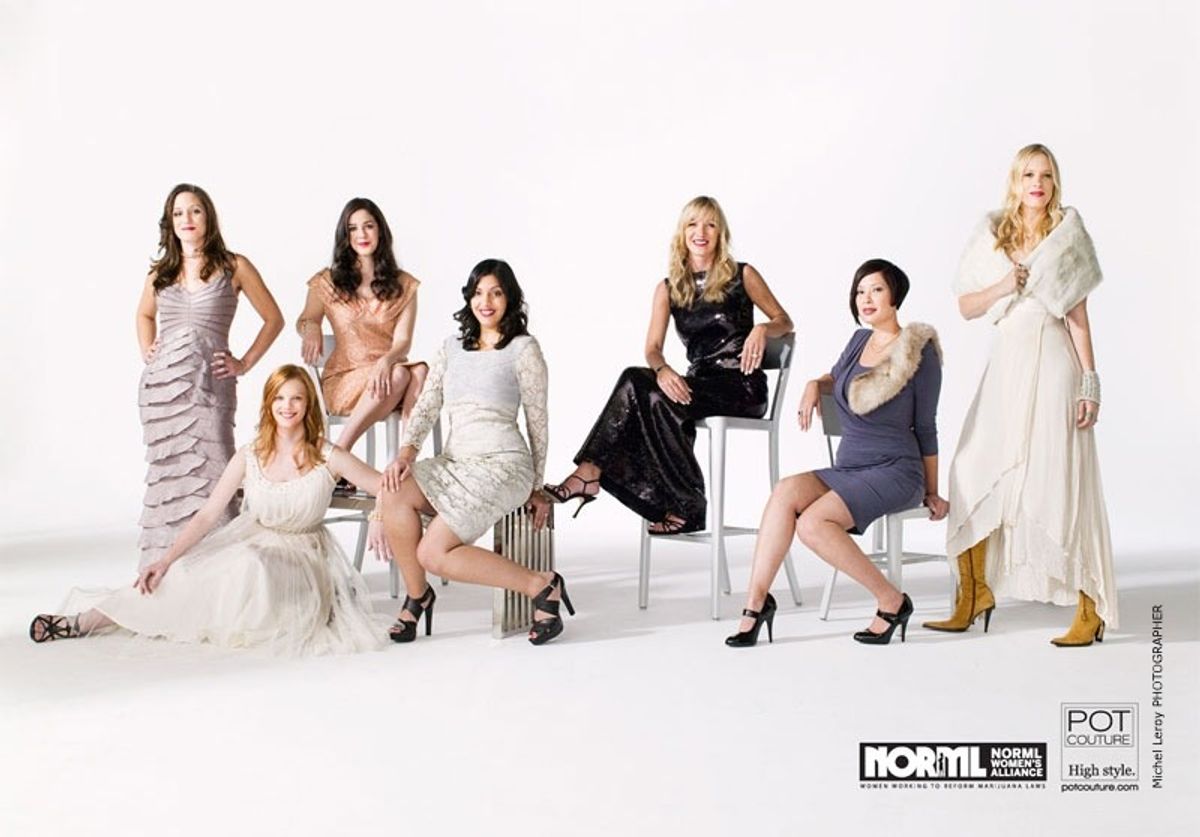 From Cheech and Chong to Harold and Kumar, the stoner stereotype is decidedly male. But the NORML Women's Alliance, a pro-marijuana reform organization, is hoping to change all that. The group is ushering in some new, decidedly female spokesmodels. A press release refers to them as the "stiletto stoners" (which I'm sure I'd find really witty, if I was stoned) and explains that this "aesthetic political campaign" is "designed to reframe the perception of the marijuana legalization movement."

In partnership with Pot Couture, "the first online magazine for sophisticated lady stoners," they staged the "high-style photo shoot" seen above. These are female "activists and professionals" who support California's Proposition 19, which would legalize recreational pot use in private, and at certain licensed establishments. You see, pot-smokers aren't all schlubby dudes looking to satisfy a late-night craving for White Castle -- they can be well-dressed professional women, too!

It's almost like cannabis activists have been talking to the folks at the Susan G. Komen Foundation -- only they've gone with heels instead of the ol' pink motif. To think of the other chick-lit-y possibilities -- lipstick tokers, baked businesswomen, marijuana mamas! All joking aside, there is something to be said for introducing a female counterpoint to the male burnout, tie-dyed hippie and blunt-smoking gangster -- and hopefully it's in the interest of moving beyond stoner stereotypes altogether. But now I'm just letting my Berkeley hippie upbringing show.