Tea Partiers are extremely conservative, almost all of them voted for McCain, and they make up a third of the GOP 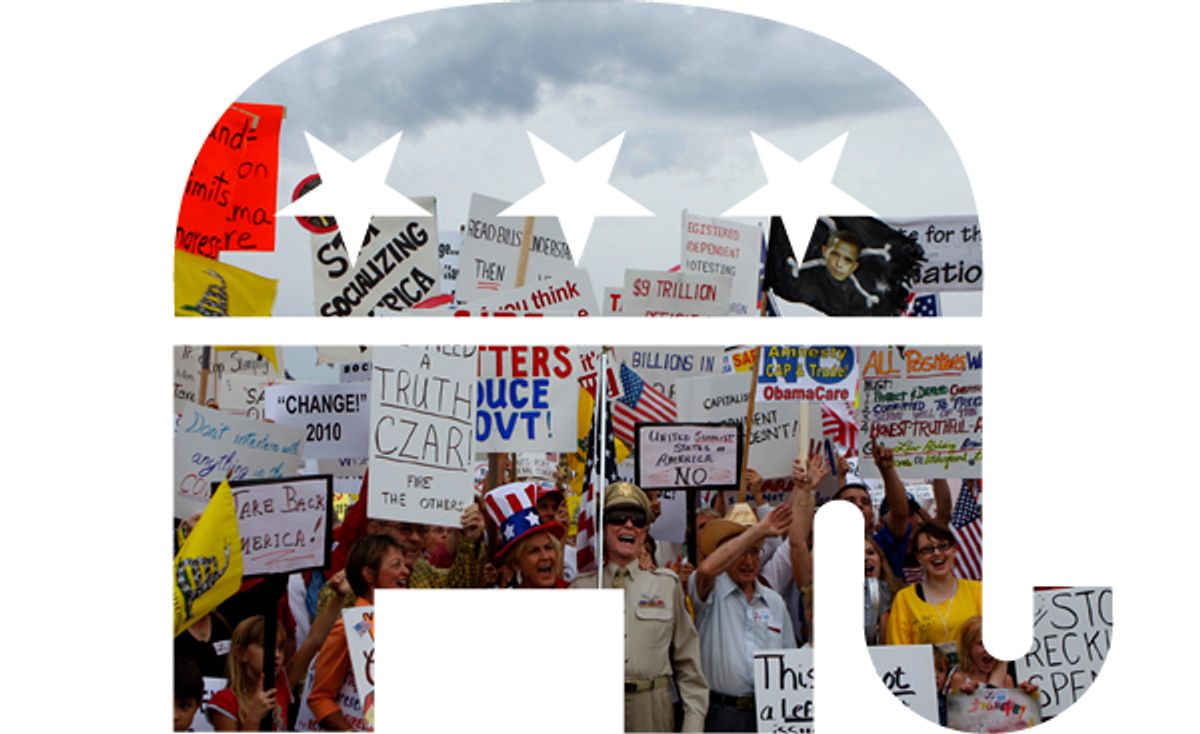 A key question raised by the spread of Tea Party protests and the emergence of Tea Party candidates in numerous House, Senate, and gubernatorial elections is whether this movement represents a new force in American politics or whether it is simply the latest, and perhaps the noisiest, manifestation of the long-term rightward shift of the Republican Party—a shift that can be seen as part of a larger trend toward increasing partisan polarization in American politics.

While several million individuals may have taken part in Tea Party protests or contributed money to Tea Party organizations or candidates since the movement first appeared on the political scene in early 2009, these active participants clearly constitute only a small fraction of a much larger group of Tea Party sympathizers from whom the activists are recruited. I will concentrate here on describing Tea Party supporters among the American public by using data from a national survey conducted in June of 2010 by NBC News and the Wall Street Journal.

Alan I. Abramowitz is the Alben W. Barkley Professor of Political Science at Emory University in Atlanta, Georgia. His newest book, "The Disappearing Center: Engaged Citizens, Polarization and American Democracy," was published in 2010 by Yale University Press.