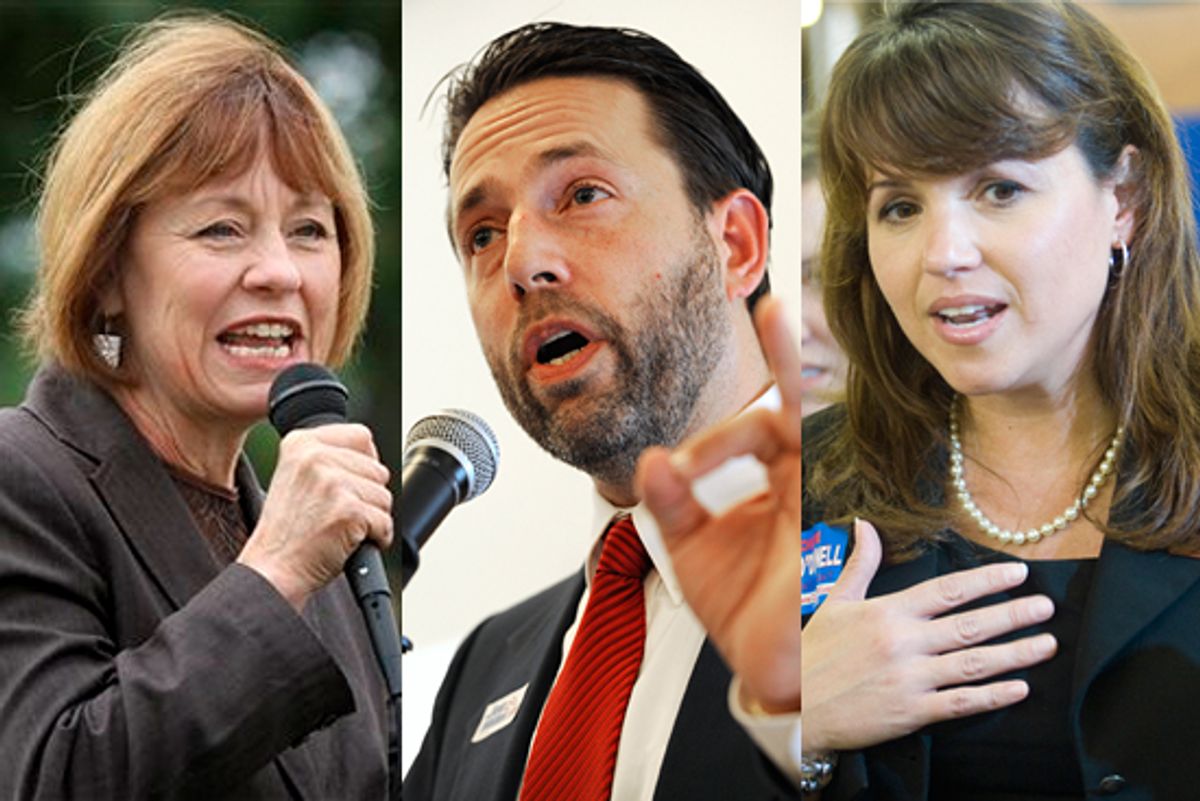 There's no doubt Republicans will make major gains in two weeks, but there's also no doubt that they'd be doing better without at least a half dozen of the extremist Tea Party candidates who won primaries. In the last day or so, we've been privileged to see three different videos that really get to the heart of what's so wrong with some of these emerging Tea Party leaders.

Sharron Angle did a decent impression of a reasonable human being last week during her debate with poor Harry Reid. But any ground she gained has been surrendered this week in a controversy over an anti-immigration ad that clearly dealt with Mexican immigrants. Angle chose to deny the point of her ad and actually met with Mexican and Mexican American students to reassure them she wasn't targeting their people in the ad. In fact, she said with deep and proud ignorance, she didn't know they were all Latino, because some of them look Asian! She revealed her deep bewilderment with America in 2010, where our children come in all colors, and it's never a badge of honor to see we actually think they're some race they aren't.

Delaware Senate candidate Christine O'Donnell revealed her abominable ignorance in a debate with Chris Coons where she sounded like a grade-schooler having her first encounter with our Constitution. Coons tells her the First Amendment guarantees "Government shall make no establishment of religion," and O'Donnell counters with shock: "That's in the First Amendment?" So sad.

Finally, of course, Alaska was set to remain Republican if Lisa Murkowski had won her primary, but instead Sarah Palin endorsee Joe Miller got the nod, and he's now doing his best to lose the seat. His "security firm," Drop Zone, handcuffed a reporter and then was caught on video harassing two Alaska Daily News writers. It turns out two of the Drop Zone folks were active military members, and the security business seems to have lost its license. Watch this thuggishness.

I talked about all of this with "Hardball's" Chris Matthews and Pat Buchanan: