The best biography of George Washington yet 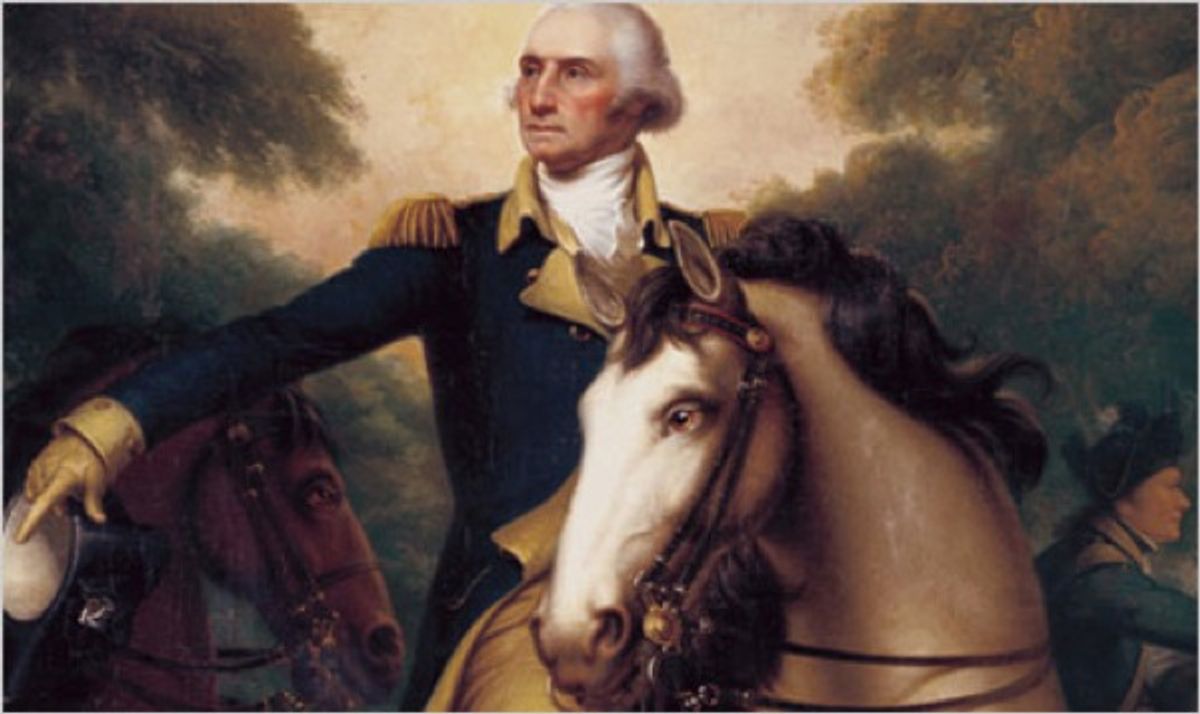 Washington: A Life by Ron Chernow
--

Two unforgettable images run through Ron Chernow's great book, "Washington: A Life," and they have nothing to do with cherry trees or wooden teeth or silver dollars thrown across the Potomac.

The first is the image of a gallows. It appears early in the narrative, when Colonel George Washington of the Virginia Militia, seeking to terrify his untutored, undisciplined, ragamuffin soldiers into obedience, builds a 40-foot-high gibbet. Soon after, he sentences 14 of his men to death for desertion and insubordination. Though he will eventually spare 12 from the noose, he will still punish them with absolutely fierce and shocking floggings, an average of 600 lashes per prisoner. "Washington made a point of hanging people in public," Ron Chernow writes, "to deter others." It is an expression of "his blazing temper." It is also a result of his experience as explorer and soldier in the Virginia wilderness, "which darkened his view of human nature." His lifelong practice will be to see "people as motivated more by force than kindness." When he hangs his first man, the year is 1756, Virginia is still a British colony, and Washington is 24 years old.

These gallows will recur. They are what novelists call a "through-line" or motif, a pattern of figures within a story. To a historian they are that and more. They are a kind of portal into Washington's famously elusive, enigmatic character.

Gallows and nooses were, of course, an ordinary part of Washington's time and world. To hang a disobedient solider -- or rebel -- was commonplace in 18th century warfare. The British government routinely punished treason this way, with the additional flourish of disemboweling the offender while he was still alive, and then decapitating him. When Benjamin Franklin cautions the Continental Congress that "we must all hang together, or we will all hang separately," only the first part of his famous sentence is metaphorical.

Washington became a rebel and a revolutionary well aware that, in the event of defeat, just as Franklin said, he would be hanged, drawn and quartered by the king's justice. As the culprit in chief, he could expect no mercy. The revolutionaries all fought, he later said, "with halters around our necks." But his recurrence to the imagery of hanging -- and to the real thing -- reminds us not only of his courage and realism, but also of the remarkable, even perpetual fury he usually buried or concealed behind a calm, stony façade. When he had reached the limit of his patience with war profiteers at Valley Forge, Washington erupted in a violent rage that would not have surprised any of his subordinates -- "I would to God," he burst out to the president of Congress, "that one of the most atrocious of each state was hung in gibbets upon a gallows five times as high as the one prepared for Haman."

These gallows and halters show us something else as well: the discipline, the iron will that sets Washington apart from almost all of his contemporaries. In the Benedict Arnold affair, when the captured British spy John Andre, a handsome and sympathetic figure, pleaded to be executed like a gentleman by a firing squad, Washington turned his back. Despite the wrenching protests of Hamilton and Lafayette, he ordered Andre hanged in full view of the army, as an example to his own soldiers and a message to the British. "Policy," he explained to the French admiral Rochambeau, "required a sacrifice."

The second recurring image is much less stern and inflexible. It is the image of Washington taking his place, sitting or standing, before a portrait painter, an act that he performed literally hundreds of times in his life. Chernow begins his book with such a moment -- Washington in 1793, the newly elected first president of the United States, seated before the disheveled, chattering, snuff-taking artist Gilbert Stuart. The supremely self-disciplined Washington would not care for such a man. Almost at once, Chernow notes, he retreated behind his stolid mask. But Stuart was a painter of genius. He saw the immense force of personality that lay behind Washington's discipline. "The mouth might be compressed," Chernow says, "the parchment skin drawn tight over ungainly dentures, but Washington's eyes still blazed from his craggy face. In the enduring image that Stuart captured and that ended up on the one-dollar bill -- a magnificent image of Washington's moral stature and sublime, visionary nature -- he also recorded something hard and suspicious in the wary eyes with their penetrating gaze and hooded lids."

Stuart knew that he had seen -- and painted -- a man of explosive, tumultuous character. Afterward, he would tell a friend that Washington's features "were indicative of the strongest and most ungovernable passions." Such was the force of his personality, Stuart declared, that had Washington been born in the forests, he "would have been the fiercest man among the savage tribes."

In a brilliant use of scholarly material, Chernow -- the author of a number of other distinguished biographies, including "The House of Morgan", which won the National Book Award, and "Alexander Hamilton" -- pauses again and again in his narrative to describe such portraits of Washington, from youth to old age. It is, if you write as clearly and sensitively as Chernow, a wonderful way of giving the reader a concrete sense of the arc of Washington's life and the changes in his appearance over the years. And it is a vivid way of stressing the charismatic effect of his physical presence, lost to us now except as we glimpse it in faded splashes of color within the frame of a painting, though every contemporary testifies to its existence. "It is hard to exaggerate his impact on others," Garry Wills has written. "Some animal vitality, conveyed we don't know how, baked off him."

These recurring portraits also allow Chernow to return, logically and gracefully, to his central theme: "Washington's lifelong struggle to control his emotions." He has in mind more than simply Washington's well-documented temper, or its opposite, his notorious and unnerving gift of silence when pressed or offended. For Chernow, Washington was always on guard as well against his "softer emotions." He was a rugged soldier who could weep in public, a sentimentalist who never forgot his earliest, perhaps illicit romance with Sally Fairfax. "This man of deep feelings," Chernow writes, "was sensitive to the delicate nuances of relationships and prone to tears as well as temper. He learned how to exploit his bottled-up emotions to exert his will and inspire and motivate people ... His contemporaries admired him not because he was a plaster saint or an empty uniform but because they sensed his unseen power."

Chernow follows this theme through more than 800 fascinating pages. He touches repeatedly and masterfully on topics well-known to scholars -- Washington's cold and difficult relationship with his mother ("the lifelong whetstone of his anger"); his anxious, avaricious attitude toward money; his luck as a general; his obsession with his clothing and his flair for theatrical self-presentation. But in such a full-scale, cradle-to-grave biography, these familiar topics gain energy from context and repetition. For Chernow, Washington's personality is not a mystery to be solved, but a complex, hot-blooded expression of character to be traced over a long life, to be seen and understood from every possible angle.

What will a reader learn here that is new? Perhaps little in the factual way, though Chernow's account of Washington's evolving and tortured "moral confusion over slavery" is fresh and important. From the vantage point of Mount Vernon, some readers may find Jefferson and Madison diminished figures. Others may be shocked by the venomous partisanship, conspiracy theories and "lethal political atmosphere" of Washington's last years, far too reminiscent of our own cankered time. (It is hard to believe that Washington's rabid critics could seriously accuse him of being a British double-agent during the Revolution.)

But Chernow's narrative is so rich, its scale so massive and epic, that what is new fits seamlessly into the wider picture. The final impression a reader will take away -- his or her lasting image of Washington -- will be profound and dynamic. Chernow has gone into Washington's world, almost into his mind, and inhabited it. Under his gaze, from the very first page, that world begins to speak and stir, and great Washington steps before us, as if on an enormous stage, distant but clear, breathing. If I have not said so already, this is far and away the best life of George Washington ever written.