How much is that girl in the window? 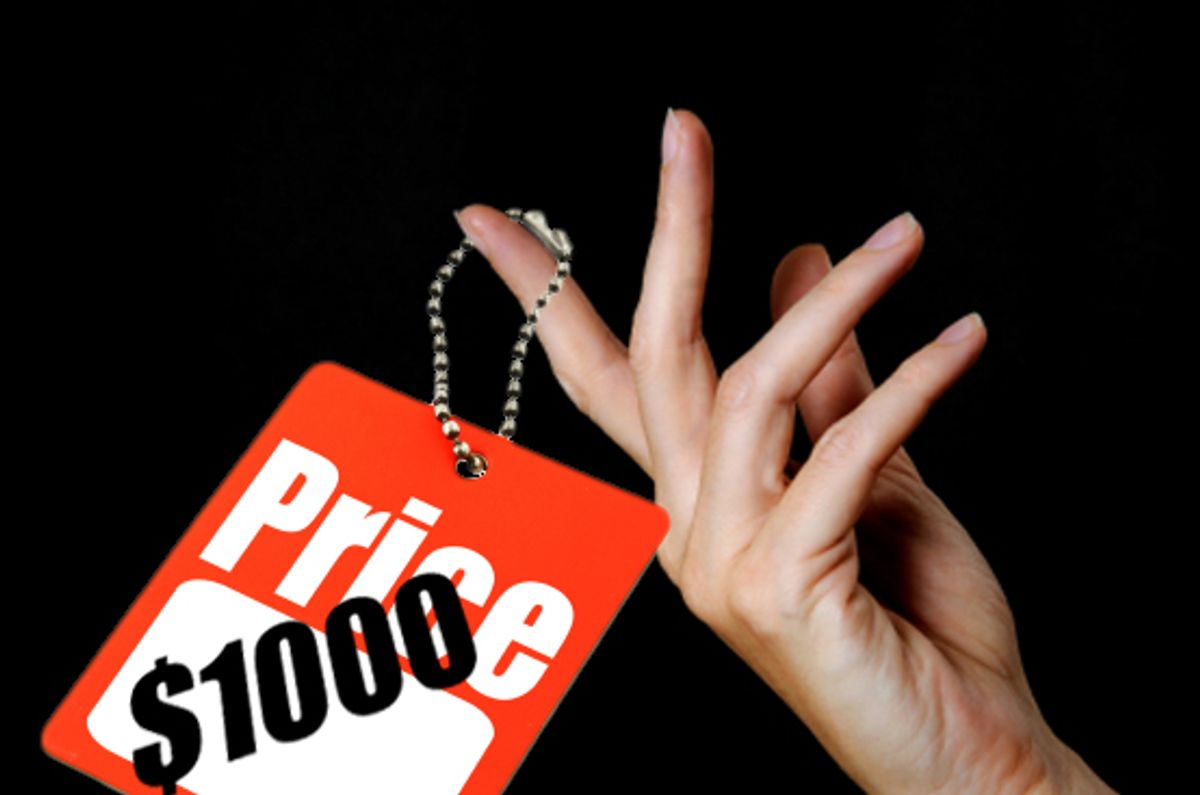 It's hard to jolt people out of their daily routines and into some impromptu activism. I will actually walk into oncoming traffic just to avoid the Greenpeace volunteers that stand on the corner outside my office building and ask people whether they "have 30-seconds for the earth." But I'm not so sure I could breeze by the latest stunt by the Working Group Against the Trafficking of Women.

On Tuesday, activists lined up seven women like merchandise in the window of a shop in Tel Aviv's Dizengoff Center mall. A sign above them read, "Women for sale according to personal taste." Haaretz reports that some "were made up to appear as if they had been beaten, and all had price tags that listed details such as age, weight, dimensions, and country of birth."

There's no doubt that having real-life human beings pose as prisoners of sex trafficking is an effective way to stop people dead in their tracks. On that front, the "Women To Go" campaign certainly succeeds. The ultimate aim, though, is to get enough signatures to push forward a measure that would criminalize johns. Uri Keidar, one of the Working Group's founders, argues that "the law will cause a reduction in the demand for prostitution, and therefore also a reduction in the trafficking of women."

That is the approach taken by Sweden, which is largely considered the model for success. In 1999, the country criminalized johns and trafficking has since been significantly reduced. (Note, though, some argue that when you target johns, the industry as a whole is pushed underground, putting sex workers at greater risk.) If Working Group can follow-up its shock-tactics with some cold-hard facts, it just might have an effective campaign on its hands.