About that Republican wave ...

I'm not going to bet on any candidates this November. So here's some comfort for both sides 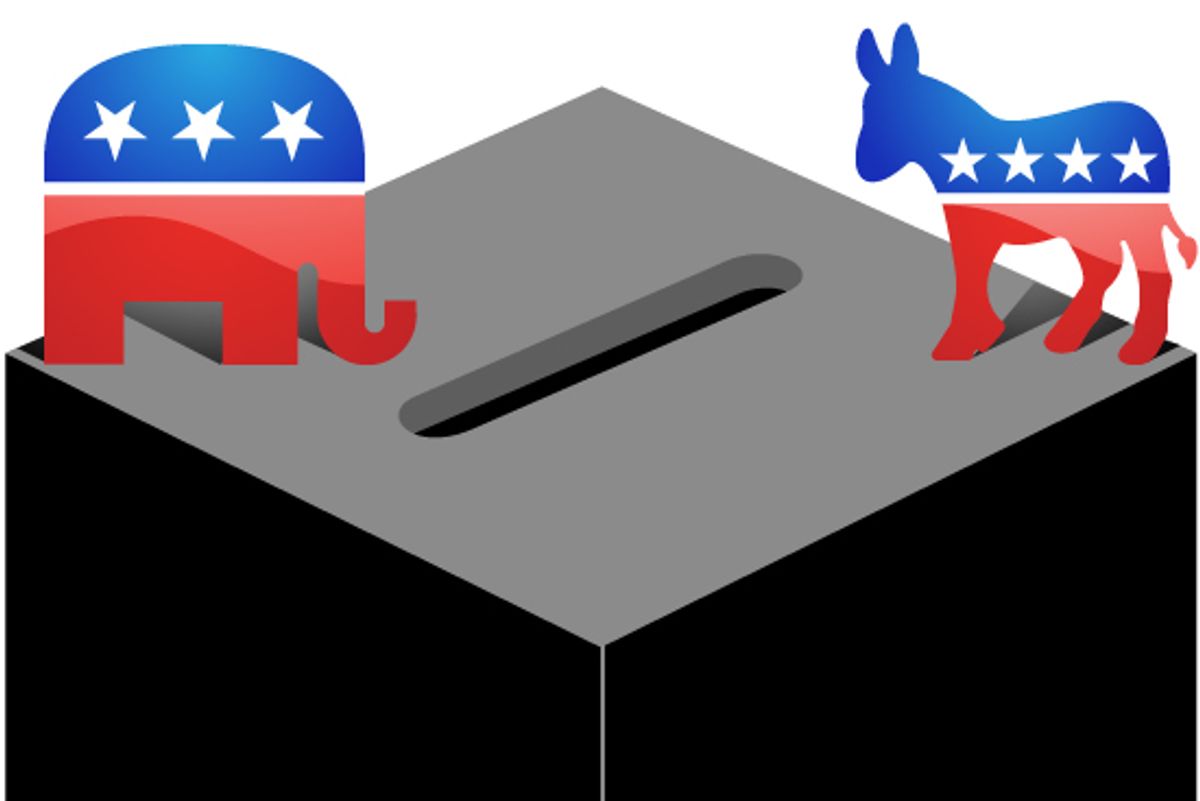 I see that Seth Masket is talking election predictions again. I'll update what I said before about a range for Senate results...at this point, I'm not going to be surprised if Republicans end the cycle with anywhere from 42 to 53 seats. As for the House; Nate Silver has it right now as a 75% chance of a GOP takeover, and that sounds reasonable to me. The Democrats are certainly going to lose seats, but will it be 25? 65? I'm not going to make a prediction.

OK, that makes me a wimp. Two excuses. One is that when I was a wee grad student, the late Nelson W. Polsby wouldn't join the office pools that we (OK, I) organized every Election Day, and generally wouldn't make pundit-like predictions, at least not when I was around. So, I could blame it on Nelson, and say I'm following his example.

Really, though, I need to blame my actual dad, and not my academic dad. I was brought up to play the ponies, as regular readers know, but also brought up to have nothing but contempt for the suckers who always bet the favorite. Chalk-eaters? Not for us; we were always looking for a price (that is, a longshot). So my instincts are to look at (checking Silver's current chart) Pat Toomey (94%) or Barbara Boxer (82%) and think about predicting them to lose; picking them to win seems like a cheat to me. This is not apt to win me a reputation as a brilliant analyst, or even convince anyone that I know what I'm talking about (even if I hit a couple, going two for twelve on longshots isn't going to seem as impressive as going ten for twelve picking favorites). So I'll pass.

I will give some comfort to both sides. For Democrats, I can think of a few reasons to have some hope that I haven't heard elsewhere. Well, one main reason: Karl Rove. Normal communications strategy has always been to lower expectations, the better to then beat them and spin that your side "won" the election. Rove has always acted differently; he goes for bandwagon effects, talking up his side's prospects. Put them together, and perhaps you'll wind up with both sides overselling GOP chances. Note that Nate Silver incorporates neutral expert ratings into his ratings, so if they've been spun like that, then even Silver's ratings will overrate the GOP. It's not just the Rove thing; it's also the 1994 example -- everyone who was around and didn't see that one coming is going to be tempted to overcompensate this time.

On the other hand...

For Republicans, I would just say: there sure are a lot of seats in play, seems like more every day, and as Charlie Cook will tell you there are lots of examples of a whole bunch of close ones going in the direction of the "wave" party. Moreover, as a longtime Cook watcher, I can say that he is usually pretty cautious in his ratings, meaning that if he puts an incumbent into the Toss Up column, that incumbent is usually in big trouble. In general, I think there's a reluctance to go out on a limb...no one wants to be in a position of predicting something highly unusual (such as a 75 seat pickup in the House) and then being wrong.