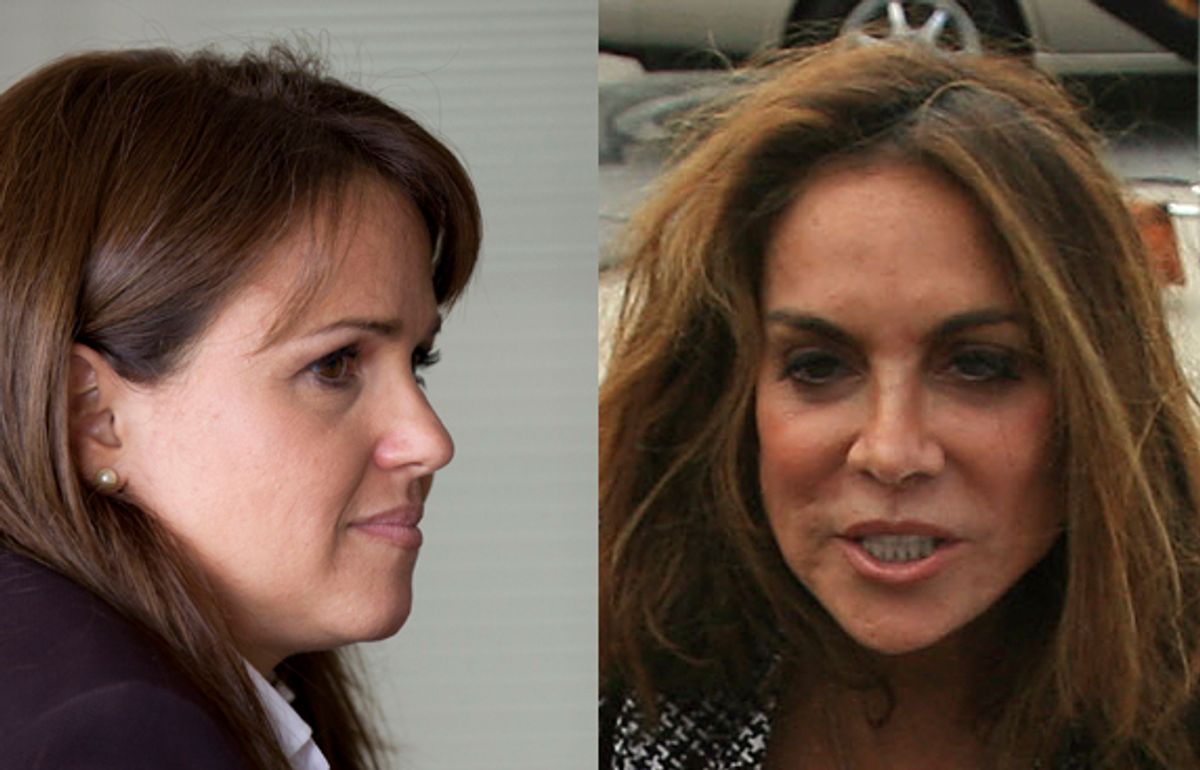 As of today, that endorsement is no longer mentioned on her site. (The endorsement from "Charlie Wilson's War" character Joanne Herring remains.)

O'Donnell's campaign didn't say anything about the change, though Geller described Salon as "subversive," and withdrew her endorsement:

Christine O’Donnell has caved to Salon. No, this is not satire. She actually removed my endorsement from her endorsement page. That took, what? Five minutes? Unbelievable, caving to the crazies at Salon whose currency is destroying voices of reason. It is a pity that a “maverick” and “outsider” would lack any spine and exhibit such incredible political cowardice. ENDORSEMENT WITHDRAWN. It’s a shame that this is the quality of people we have representing us against the Obama machine. How can we win?