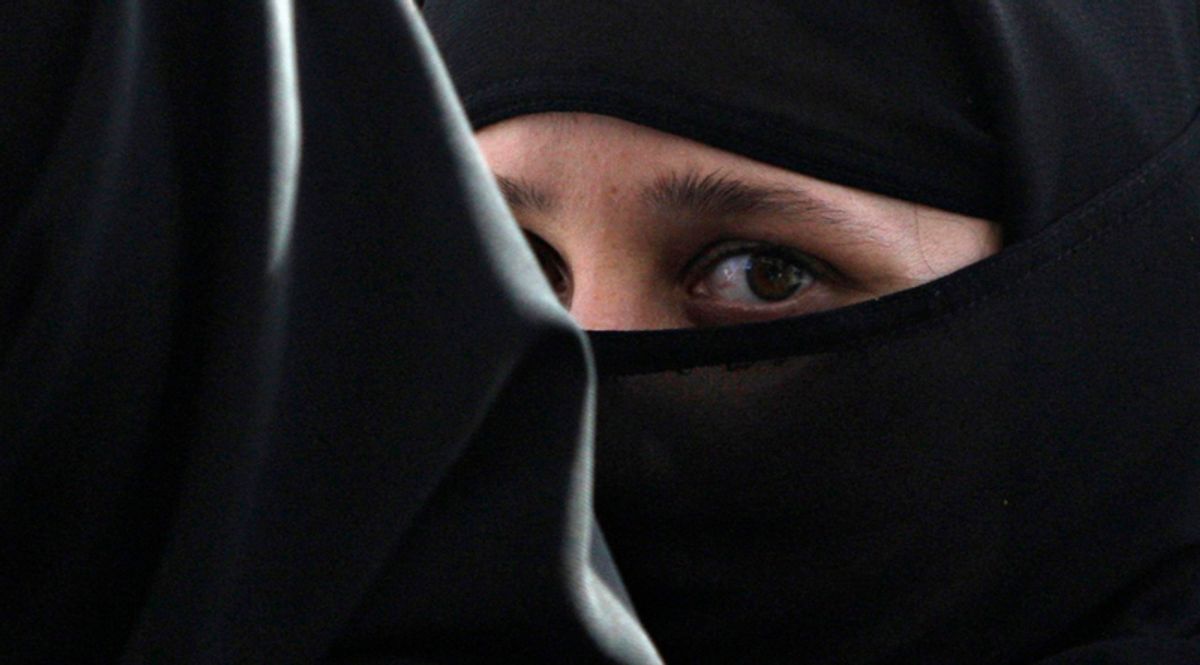 A girl wearing a burqa hides behind another as they visit the Abdullah Shah Ghazi Mausoleum in Karachi April 23, 2009. Hundreds of devotees pay their respects daily at the tomb of Ghazi, a ninth-century Sufi saint. REUTERS/Athar Hussain (PAKISTAN RELIGION) (Â© Athar Hussain / Reuters)
--

Muslim women in Quebec have won a new ally in the fight against a proposed ban on the burqa: Orthodox Jews. The Jewish Orthodox Council for Community Relations argues that the measure, which would restrict anyone from wearing the full face veil while receiving government services, problematically prioritizes gender rights over religious rights, reports The Globe and Mail.

The Orthodox Council is taking a stand on principle, but it's also fueled by fear that Jewish religious practices will be targeted next. It's a reasonable concern: If the government outlaws Quebecers from veiling in certain contexts, what's to stop it from forbidding any number of the sartorial symbols of Hasidim? Indeed, if the bill is passed with the intent of strictly maintaining secularism, one would expect other religious expressions to be outlawed as well.

There's no doubt, though, that the niqab presents a special case. It isn't merely a religious symbol, it also causes communication and identification issues by concealing a woman's face. In the past, as I've reported, Quebec has moved to allow Muslim women to vote while veiled, but not without courting controversy and condemnation from Canada's prime minister. Ultimately, the question is whether the burqa is being pushed out of state interactions because of practical concerns or because the all-encompassing fabric has been deemed by the state to be a more objectionable religious symbol than others.