The "culture of poverty" myth returns

Poverty may have cultural effects, but make no mistake: Poverty itself has everything to do with economic trends 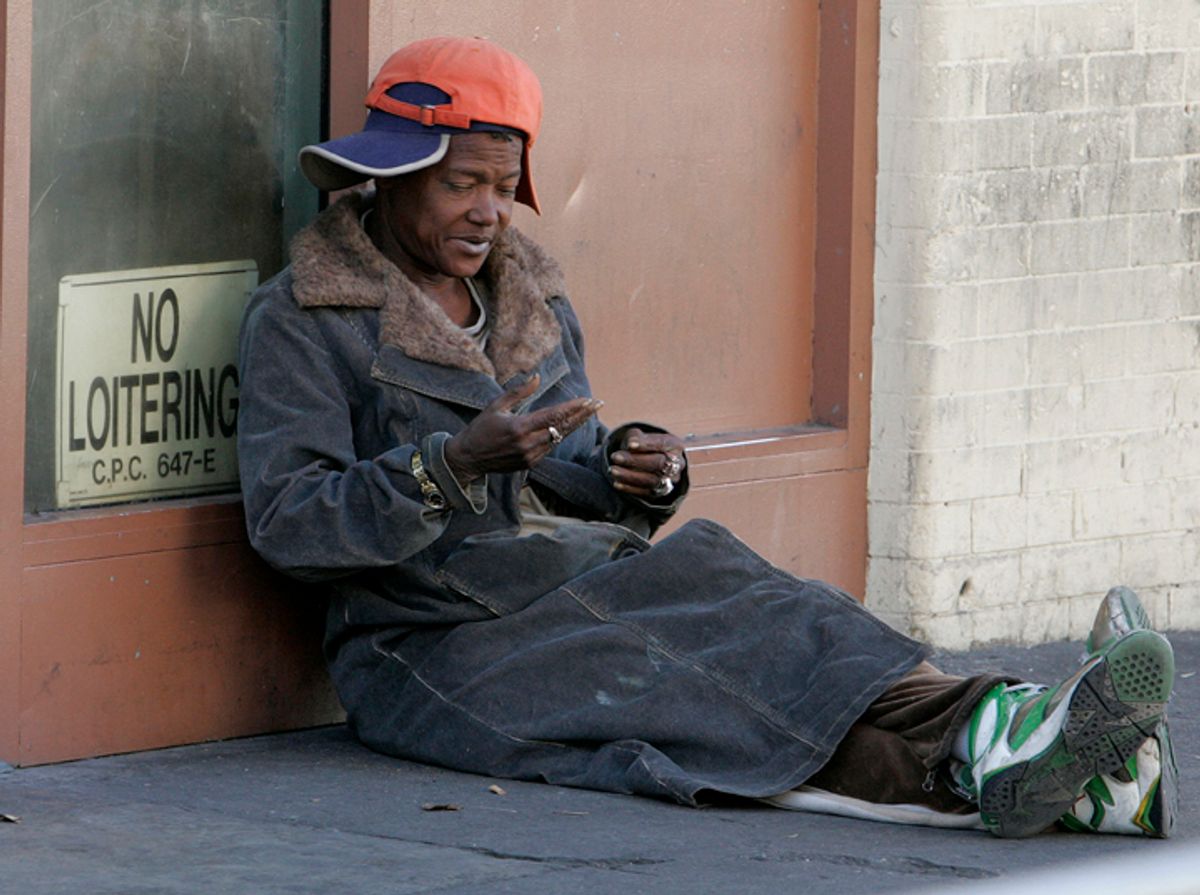 The New York Times caused a stir earlier this week with its assertion that the "culture of poverty" theory of urban decline is back in vogue. But the real news isn't that it’s coming back -- it's that it ever went away in the first place.

The theory may have been formally rejected by academic sociologists for a time, but the culture of poverty has remained a staple of the political discourse since its emergence in the 1960s. To be fair, the variation described in the Times isn’t your mother’s culture of poverty -- there’s less focus on Reagan’s mythological welfare queens and more on structural forces -- but still, the idea that there’s some set of "attitudes and behavior patterns that keep people poor" persists. And it’s a shame -- not because we shouldn’t talk about the interplay of class and culture, but because the culture of poverty framework limits our ability to do it.

From Victorian-era almhouses that sought to teach the poor morality through hard work to the stigmatization of immigrants and tenement life to the temperance movement that saw alcohol as the root cause of growing urban poverty, America has long been fixated on identifying and reforming the supposed moral failings of its poor. But the “culture of poverty” refers to a very specific type: namely, black inner-city poverty and the “ghetto culture” associated with it.

The term itself emerged in the 1960s along with a burst of literature seeking to explain the increase in black urban poverty. Though many factors played a role -- including the migration of blacks from the rural South to Northern cities, "white flight" to the suburbs upon the arrival of blacks in urban areas, and misguided attempts at urban renewal via housing projects—cultural explanations got the attention, the most famous of which was Daniel Patrick Moynihan’s report on the breakdown of the black family. Despite a backlash among liberal scholars, cultural explanations for poverty only grew more prevalent in the 1980s, as books like "Losing Ground" portrayed inner cities as wastelands populated by scheming drug dealers and slothful single mothers. The rhetoric was toned down in the debates over welfare reform in the ‘90s, but the idea that the poor were lazy and needed to be made to work remained steadfast.

It seems we can’t say it enough: poverty is first and foremost a result of structural forces, from economic growth and job opportunities to segregation and discrimination. Structural poverty can shape cultural responses in ways that perpetuate poverty, but the relationship is much more complicated than the “culture of poverty” thesis implies. Rather than being self-destructive, many patterns of behavior among the poor can be seen as coping strategies that make sense given their circumstances. As Ta-Nehisi Coates notes:

It defies logic to think that any group, in a generationally entrenched position, would not develop codes and mores for how to survive in that position…the problem is that rarely do such critiques ask why anyone would embrace such values. Moreover, they tend to assume that there's something uniquely "black" about those values, and their embrace.

Indeed, poverty has come to be nearly synonymous with people of color, even though about half of those under the poverty line are white. Yet we should question whether this obsession with black inner-city poverty makes sense now, if it ever did: in 2008, the number of suburban poor surpassed the number of urban poor, but hand-wringing about the depravity of suburban lifestyles failed to commence.

In fact, poverty rose over the course of the Bush administration -- somewhat surprising, considering the overall economic growth in those years -- but few claimed that conservative cultural values were to blame. Likewise, it’s rare to hear people decry higher rates of religiousness among the poor as responsible for so-called "pathological" behavior, and few have invoked culture to explain for the recent spike in the poverty rate. Instead, we note that globalization has decimated the number of well-paying blue collar jobs and that the areas of greatest job growth -- healthcare, the service sector -- pay low wages.

Furthermore, some of what we think of as part of the "culture of poverty" is simply the result of an extraordinarily slim margin for error. Most people make poor choices or indulge in so-called self-destructive behavior on occasion, but some people can afford to make mistakes and others can’t. We don’t like to admit that things like race, class, and gender can impact how our actions are perceived, but we heap scorn on conspicuous consumption among the poor even though national consumption patterns reveal that short-sighted financial decisions are by no means limited to lower tax brackets, and we denigrate the "culture of dependency" that supposedly exists in poor neighborhoods without paying nearly the same attention to dependency among, say, farmers receiving government subsidies.

Culture is generally difficult to talk about: it doesn’t exist in a vacuum, and we often conflate structural forces with values. If parents aren’t reading to their children at a young age, for example, is it because they don’t value education or because they never learned to read well themselves? When an estimated 15% of the population is functionally illiterate, and around 30% of functionally illiterate adults are poor, does a lack of books in the household still count as a cultural factor?

Unfortunately, though, issues get more attention when they’re defined in cultural rather than structural terms. In their defense, the sociologists cited in the Times article are clearly hoping to redefine the conversation around culture and poverty, but the nuances of their new approach don’t seem to have made it into the broader discussion. Conservatives are already seizing upon the opportunity to crow about the triumph of so-called family values, with Kay Hymowitz of the Manhattan Institute claiming a victory for the conservative obsession with marriage and the Heritage Foundation proclaiming that "the collapse of marriage is the root cause of child poverty in the U.S. today."

In the end, we have to question whether we can really have a productive conversation about sustained poverty within a framework that’s so prone to distortion and demagoguing. Instead of "bringing back" loaded terms and concepts, we should be working to define a new approach that combines cultural and structural forces rather than separating them.