Dem repeatedly attacked for being of Arab descent 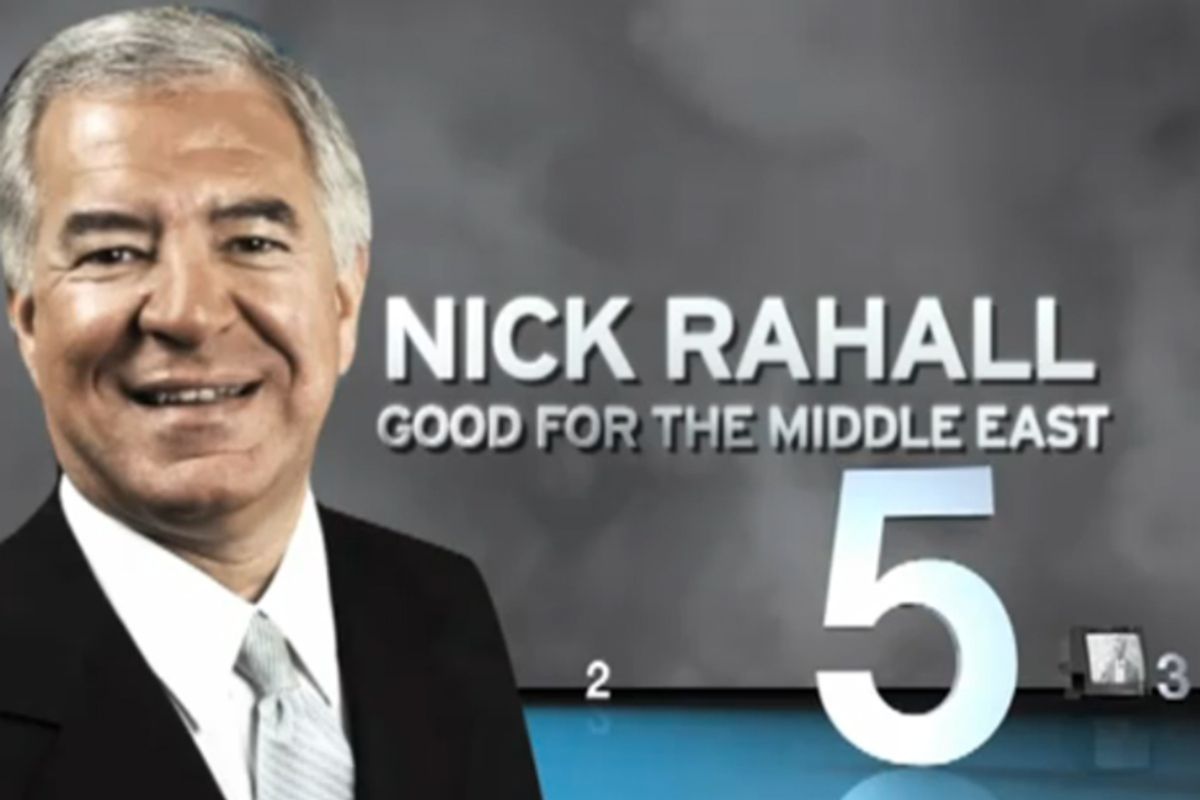 (UPDATED)It doesn't get much more clear-cut than this: a longtime Democratic congressman of Lebanese Christian descent is being repeatedly attacked on air for the offense of being Arab.

In the past month, three attack ads that gratuitously draw attention to the ethnic background of Rep. Nick Rahall have aired in the West Virginia district that he has represented since 1977. Two of the ads come from his opponent, former judge Spike Maynard, who is down in the polls. Beyond this particular race, these ads show (again) that you can get away with an awful lot if the other guy is Arab or Muslim.

The first ad, from the shadowy West Virginia Conservative Foundation, ominously noted Rahall's support for the group Arab-Americans for Obama:

The second, from Maynard's campaign, accused Rahall of taking money from a "terrorist" (who also gave money to the national GOP).

And the third, out this week, advances the incoherent charge that Rahall is "good for the Middle East" but "bad for America."

UPDATE: Maynard campaign spokesman Matt Dabrowski sends along this statement, arguing that the real issue is Rahall's record on Israel:

As the evidence shows, Nick Rahall's record on Mideast issues is outside the mainstream of American politics. Some have called Nick Rahall one of the most anti-Israel Congressmen, because of his votes against Israel's right to defend itself and his friendship with Yasser Arafat. His sister Tanya Rahall is being sued in D.C. Superior Court for her inappropriate use of her brother's good offices, and for her connections to Mideast issues. West Virginia is one of the top states in military enlistment, so extremism in the Middle East results in casualties to West Virginia servicemen and women. We will continue to examine Nick Rahall's out-of-the-mainstream record on the Mideast peace issue.