I quit eating meat, but I still smoke ... food

How to cure your bacon jones: Get a smoker, and smoke everything in sight 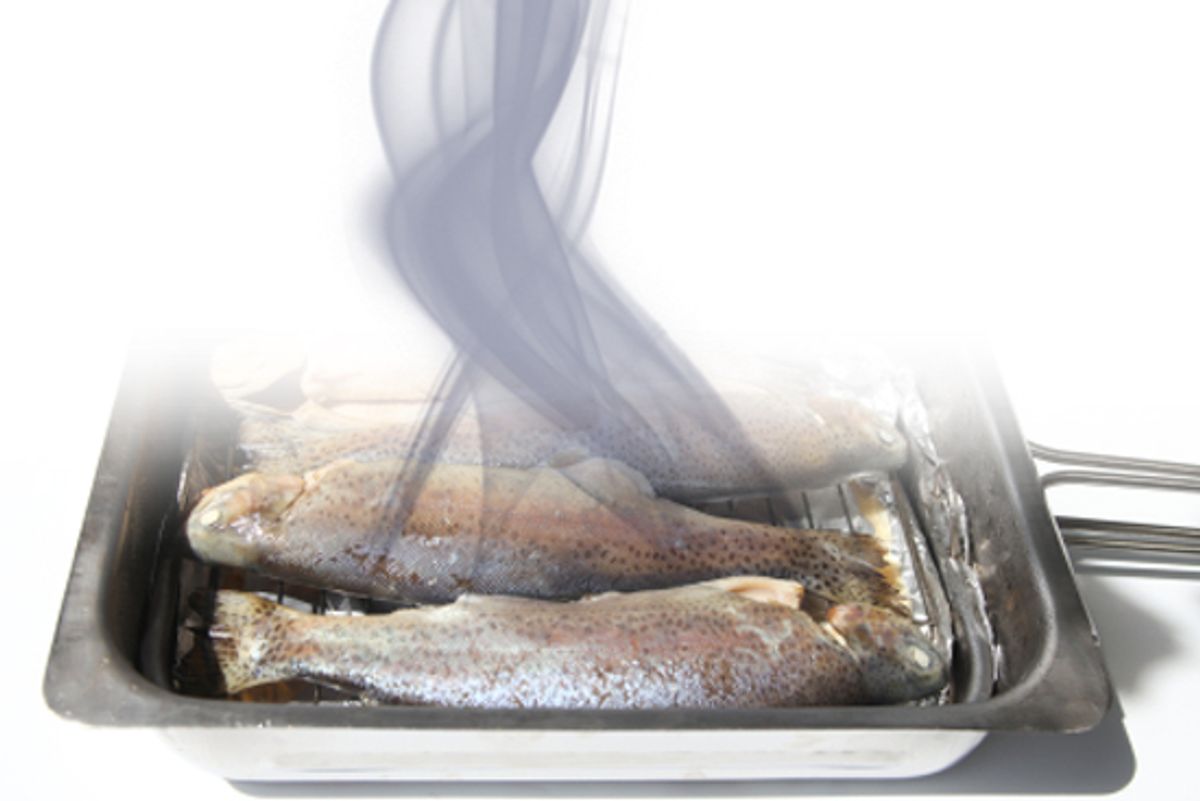 Like a lot of once-were carnivores, I miss a few meaty things. Fried chicken. Beef fillet, very rare. Bacon, of course, and smoked pig in piquant sauces. Dealing with these longings is all about rendering them down to individual flavors and textures. When I longed for fried chicken, what I really wanted was anything fried — fried okra or fried green tomatoes. Juicy beef fillet was a desire for salt, in brothy form — a miso-based soup.

Cravings for smoky pork products were harder to satisfy. Smoked paprika and smoked sun-dried tomatoes are great ingredients, fairly new to our grocery store, but they provide background smoke, not smoke smoke. Our only local health food store carried blocks of smoked tofu, and I used it to make quiche and breakfast burritos. Then the store went out of business, replaced by a Zaxby's.

Frustrated, I took matters into my own hands and bought a small smoker. I'm afraid I've become something of an addict. The same way alcoholics look at cough syrup and see alcohol syrup, I look at food and see smoked food: peppers, garlic, tofu, tomatoes, corn, zucchini, okra, kale, eggplant, eggs and cold smoked cheeses. One day, as the fire died out, I had the bright idea of smoking a bowl of dog food, just briefly, to see if the dogs would be as seduced by the flavor of smoke as I had become. (They were. Seduced. When I carry the smoker from the shed they circle it like it's a smoked kibble Pez dispenser.)

So here are some smoking tips, from someone who knows:

Recently, my mom and dad went fishing and brought home five pounds of mullet fillets. For those unfamiliar with mullet, it's what some might call a trash fish. It's plentiful along the Gulf Coast. You see them running the bays and bayous in large schools, showoff jumping and landing with a splash. Anyone proficient with a net can scoop up a mess with one toss. Mullet has a strong, unique flavor and is typically fried or smoked. Roadside mullet smokers used to be common, but I haven't seen one in the Panhandle for many years. My dad remembers large cans of salted mullet that they soaked before cooking, the way you'd soak salt cod. That was before my time.

I commandeered most of the mullet fillets for my smoker, because nobody needs five pounds of mullet lying around unless you're running a booth at the Mullet Festival. I cut out the blood line (essential for fishy fish), dry-rubbed it with kosher salt, pepper and brown sugar, and smoked it for three hours. Since then, we've eaten smoked mullet with eggs and grits, smoked mullet tacos, smoked mullet bacalhau, smoked mullet hash, and smoked mullet straight, like a shot of vodka.

High on hickory smoke and bloated with salty fish, I needed to use up all of the smoked ingredients that were bursting from my refrigerator, so I threw a Halloween picnic for my daughter and her friends, who were visiting from college for the weekend. The menu featured everything smoky, including — yes! — the very last bit of smoked mullet.

Every mullet-loving Gulf Coast family has its own recipe for smoked mullet spread. Here's our version.