Is the Tea Party inspired by principle or partisanship? If Feingold loses in Wisconsin, we'll know for sure 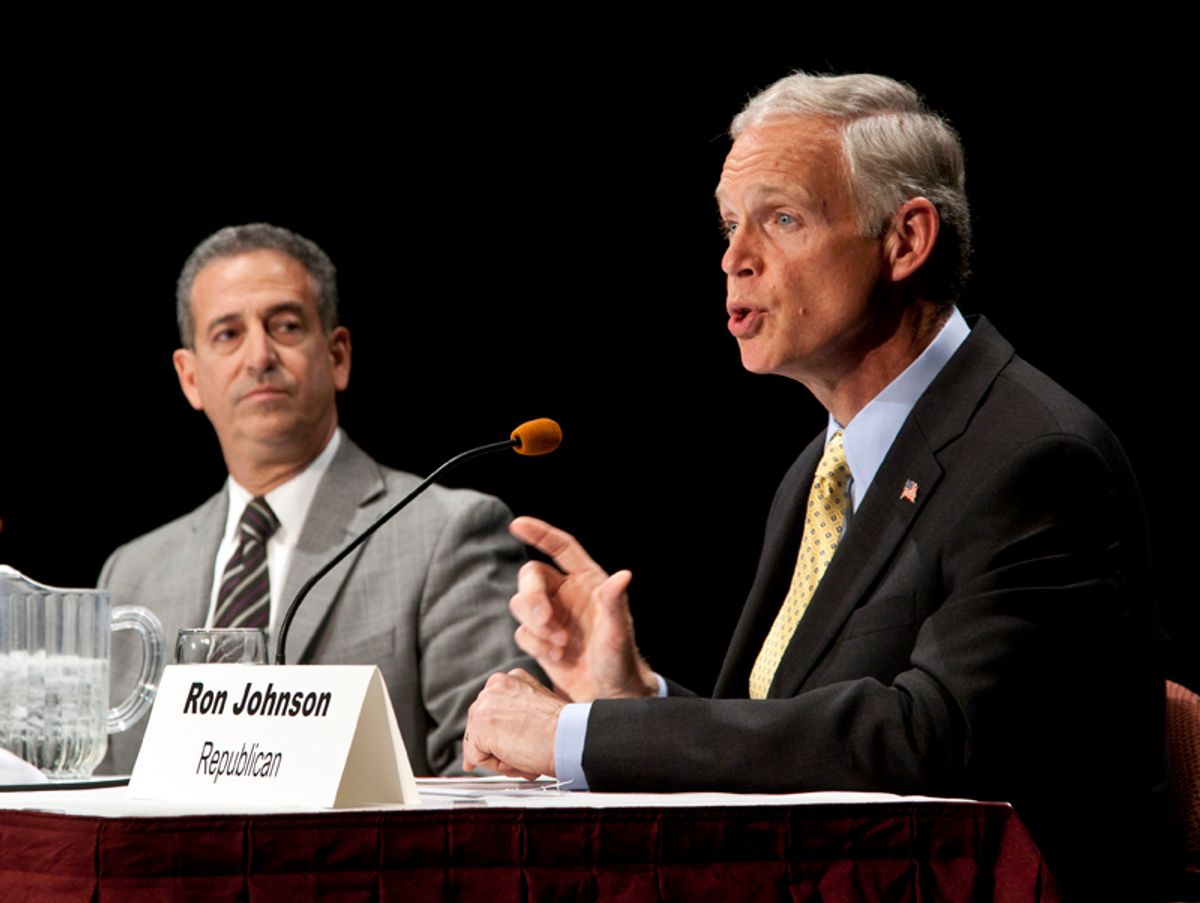 What is the Tea Party? Many have tried to answer that question ever since CNBC’s Rick Santelli first launched the backlash with his trading-floor rant against the poor.

Democratic operatives, for instance, say the Tea Party is merely a Republican Party facade. As proof, they point to GOP-linked corporate groups' involvement in Tea Party events, and cite the absence of Tea Party deficit and bailout protests during George W. Bush’s presidency.

Social scientists, meanwhile, suggest that the Tea Party is not the entire Republican apparatus, but specifically the extreme conservative edge of the GOP. The data add credence to that argument: As the Public Religion Research Institute and the University of Washington report, Tea Party followers are disproportionately part of the Christian right and are more racially resentful than the general public.

For their part, Tea Party activists brush off these pesky facts with nostalgic paeans about the Constitution and indignant bromides against partisanship.

“Although we are conservative in political philosophy, we are nonpartisan in approach,” insisted a Tea Party leader in a typical platitude. “Both parties need to rededicate themselves to the principles of our Founding Fathers.’”

Thus, with both sides at loggerheads, the only way to objectively define the Tea Party is to find a test case. And thanks to Wisconsin’s Senate race, we have exactly that.

On one side is Democratic Sen. Russ Feingold, who has made his name championing many of the Tea Party’s purported views about the state, the Constitution and national sovereignty. For instance, when it comes to “big government,” Feingold has opposed wasteful pork barrel spending, worked to trim the defense budget and voted against financial bailouts. When it comes to the Constitution, Feingold was the only senator to vote against the Constitution-defying Patriot Act and has boldly questioned both parties’ willingness to let the state trample citizens’ civil liberties. And Feingold has been one of the few senators to consistently oppose NAFTA-style trade deals -- pacts that usurp domestic control over our economy and lay waste to the very industrial heartland the Tea Party claims to cherish.

On the other side is Republican Ron Johnson, the antithesis of everything the Tea Party says it stands for. In business, Johnson built a company propped up by government grants and loans -- otherwise known in Tea Party terms as “bailouts.” As a board member of a local opera house, he lobbied for funds from the same “big government” stimulus bill the Tea Party despises. During the campaign, he has touted NAFTA-style trade policies’ “creative destruction” of Wisconsin’s manufacturing economy. And rather than promoting the freedom the Tea Party says it values, Johnson has praised China’s repressive communist regime for its economic policies.

Candidate contrasts rarely get starker than this. And clearly, if the Tea Party is as nonpartisan as it asserts, then its supporters should be flocking to Feingold.

If that were happening, though, Feingold would be winning. Instead, polls show Feingold trailing Johnson -- and as CNN notes, Johnson “owes much of (that) political success to the Tea Party.” Indeed, despite contradicting most major Tea Party positions, Johnson has been featured at Wisconsin Tea Party events; touted in the local media as a Tea Party favorite; called a “Champion of Freedom” by national Tea Party activists; and promoted by Tea Party opinion leaders like George Will as the epitome of “what the Tea Party looks like.”

This, of course, gets back to the questions surrounding the Tea Party’s true motive. Is the movement inspired by principle, as its leaders claim? Or is it propelled by partisanship?

Johnson’s recent success suggests the latter, and should Feingold ultimately lose, any debate about that reality will finally be put to rest.