In the House, a different Tea Party effect

We know the Tea Party is a drag on the GOP's Senate chance. But what about the House? 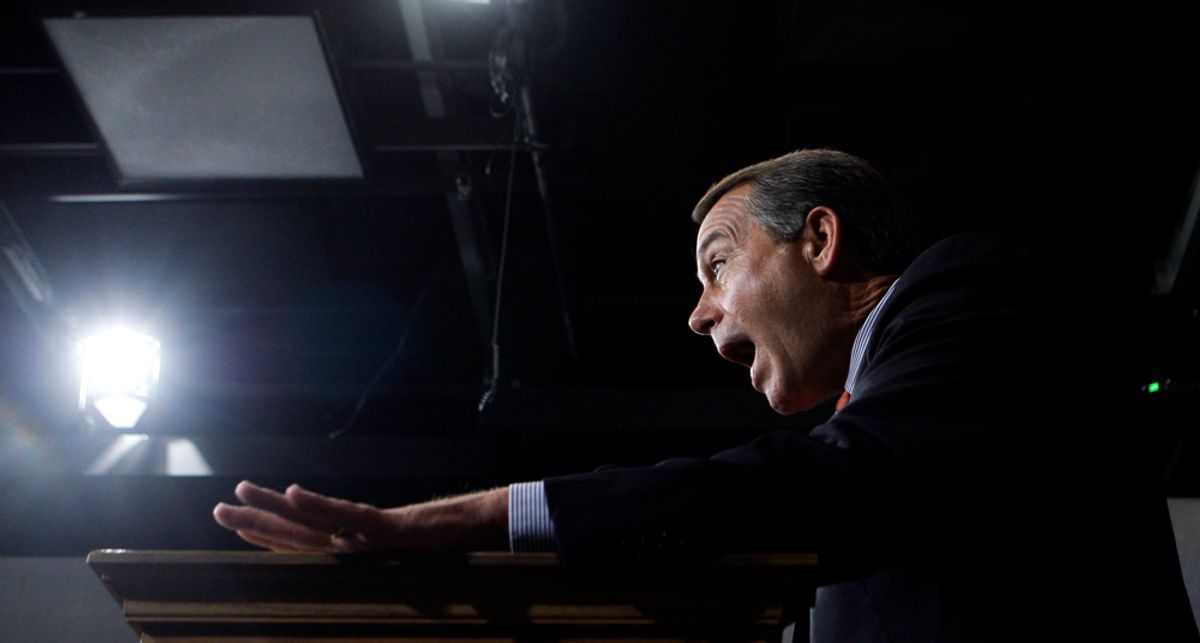 I've been whining for months now about reporters failing to let us know about whether Republicans were hurting their chances in House elections by nominating fringe, inexperienced or extreme candidates. Brendan Nyhan's not a reporter, but he took a different path than I did: Instead of whining, he did the work and compiled the data.

The result is a very important post that I'll urge you to read in full if you're interested in 2010 House elections. Short version: By one standard measure of candidate quality (previous elective office), Republicans have in fact nominated a strong field of candidates in competitive House seats. To some extent that's because amateur Tea Party candidates are generally running in safe Democratic seats that the GOP had no chance to win with any candidate, and, to some extent, it's because a fair number of candidates identified with Tea Partiers are actually experienced politicos. In other words, there are a fair number of Marco Rubios, and relatively few Christine O'Donnells in most competitive House races.

The only caveat I'd add is that Nyhan is only looking at experience, not ideological extremism. For the most part, political scientists have found that the former is very important, while the latter matters more around the margins in most cases. However, it is certainly possible for those with previous electoral experience to be weak candidates (see Sharron Angle, who may well win but only after overcoming an unusual number of gaffes), and it's possible that ideological extremism could be a problem for some of those experienced candidates. Possible, but again, on that we don't have any evidence yet.

The other important thing to read about the 2010 cycle this week was Bradford Plumer's survey of what's happening with third party candidates who might affect election outcomes (or, in a few cases, actually win).

What joins those two topics in many cases is a common theme about the Republican Party's ability to control its own nominations. That turns out to be a tricky topic, and one that I've written about here in the past, but expect to hear more in the future.