The George H.W. Bush appointee handed down a decision that eviscerated the legal case against same-sex marriage 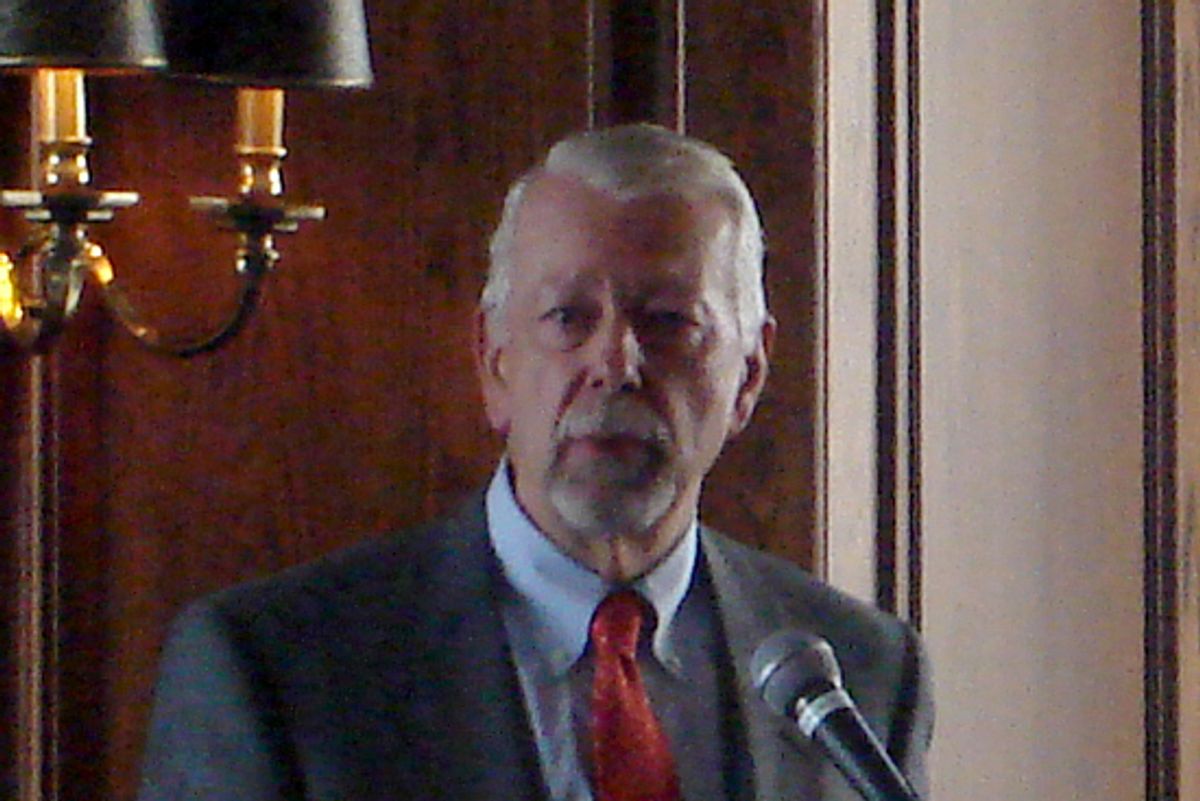 Ronald Reagan stacked the courts with movement conservatives (you might call them activist judges). The Gipper's judges have expanded the scope of the Second Amendment, challenged the right to privacy, weakened civil rights and affirmative action laws, and generally made the courts less sympathetic to minorities and underdogs. But this summer, Reagan nominee Vaughn Walker made a striking ruling -- and wrote a remarkable decision -- that destroyed the legal case against marriage equality for gays and lesbians. And this from a guy whose original nomination to the bench was stalled because he was thought to be anti-gay.

Because Walker had represented to the United States Olympic Committee in a suit against the "Gay Olympics," liberal House members revolted against him and the Senate Judiciary Committee declined to confirm Walker when he was originally nominated by Reagan in 1987. It wasn't until George H.W. Bush renominated him in 1989 that Judge Walker was confirmed to the federal bench.

He was an active Republican at the time of his nomination. He's allegedly soft on white-collar crime.

Perry v. Schwarzenegger was a circus of a case before it even went to trial. California attorney general Jerry Brown refused to defend Proposition 8, leaving the anti-equality argument to an array of well-funded conservative groups like the Alliance Defense Fund and Campaign for California Families. Judge Walker ruled for the proceedings to be streamed live on YouTube, until the Supreme Court put the kibosh on that idea at the behest of the defendants. And the San Francisco Chronicle revealed that Walker himself was quietly, semi-openly gay. ("Life is full of irony,” he said to the paper, when asked about his anti-gay reputation.)

From the beginning, Walker had strict standards for evidence presented, and he turned what was supposed to be a practice run for a higher court case into a wide-ranging scientific examination of the claims presented by both sides. His fact-finding instructions were remarkably exhaustive -- because higher courts must defer to the facts found in the original trial. He wanted evidence -- provable evidence -- that it harmed the state to allow same-sex marriage. He didn't get it. The anti-equality side put forth a laughable witnesses and few sound arguments for the superiority of opposite-sex marriage. Instead of buying into their rhetoric about tradition and their assumptions about the preferability of straight parents, Walker sided with science -- and fairness -- and ruled the same-sex marriage ban unconstitutional.

His decision was written almost directly at "swing" Supreme Court Justice Anthony Kennedy. He quoted Kennedy's opinions repeatedly and at length, trying to convince the justice that Proposition 8 violated both the Due Process and Equal Protection clauses.

Walker found no "rational basis" for state opposition to same-sex marriage, and he marshaled stacks of evidence to support his finding. Will his decision stand up in higher courts? Considering how conservative the current Supreme Court is, they could very well dismiss Walker's decision. But Walker gave pro-equality forces the best chance possible at an upset victory.

And then, last month, Walker announced that he'll retire in February.

"I think he believes that he's accomplished what he's set out to accomplish, and now he's interested in living the rest of his life and not being chained to a court calendar," U.S. District Judge Charles Breyer said.

The courts could use more judges with Walker's fairness, rationality, deference to logic, and sanity.