What you need to know about the foreclosure mess

One side accuses banks and their robo-signers for fraud; the other blames deadbeat borrowers. Who's right? 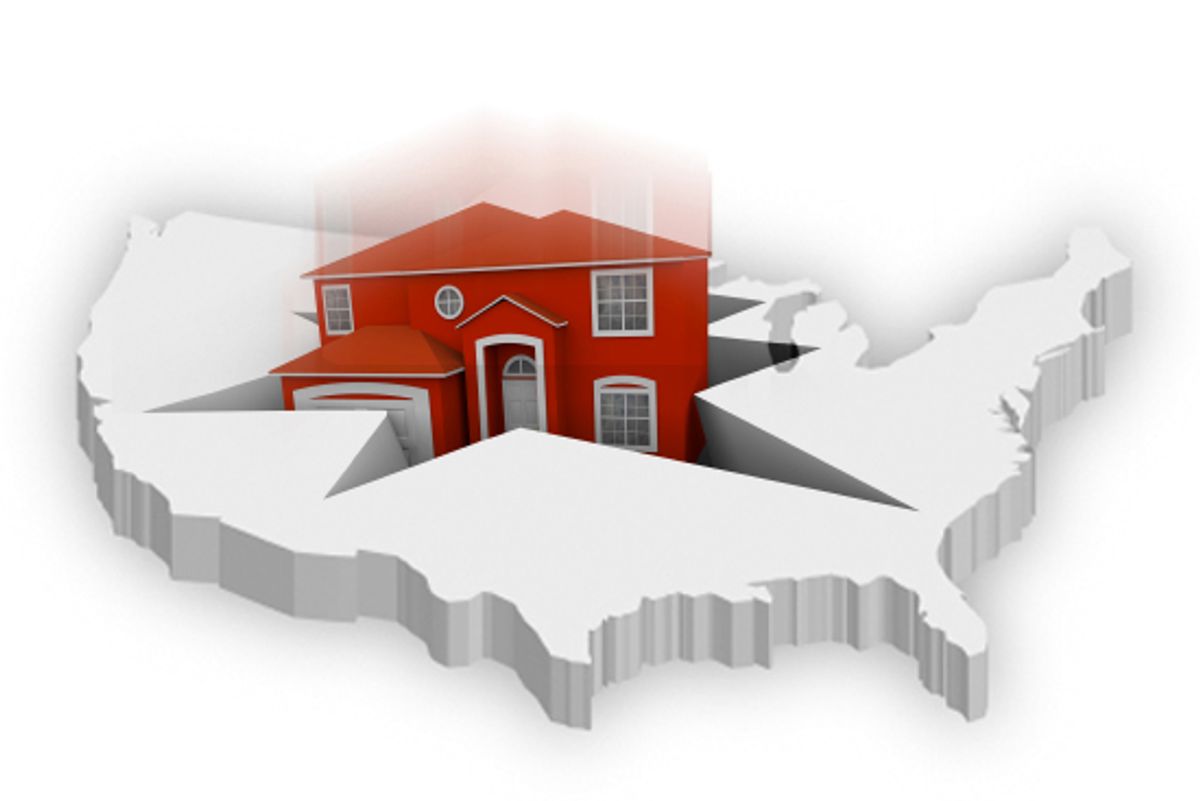 How should we think about the foreclosure mess? Right now, two grand narratives are battling for supremacy.

On one side, expressed via editorials in the Wall Street Journal and sound bites from conservative politicians and careful statements from bank executives, we hear that the recent flurry of foreclosure-related activity — the criminal probes, the investigations by state attorneys general, the reluctance of judges to rubber-stamp foreclosure proceedings — is all much ado over nothing. Ambitious lawyers determined to keep deadbeat losers in houses they never really could have afforded to begin with, so the story goes, are seizing upon trivial paperwork errors to hamstring the entire residential real estate market. The sooner we get through the backlog of foreclosures clogging the system, says Wall Street, the sooner the economy will get back to normal.

On the other side, as propounded by scores of left-wing bloggers, homeowner advocates and longtime critics of Wall Street, we are told that the emerging foreclosure sins — the lost documents, the affidavits signed without ever being reviewed, the homeowners mistakenly foreclosed upon — is merely the latest proof coming to light of a fraud-infested system that's rotten to the core. From the origination of a mortgage loan to the moment of foreclosure, willful fraud and misrepresentation have been the order of the day — and that includes all the mortgage-backed securities constructed by bundling together the bad loans. The worst part? There will be profound systemic implications. As banks and lenders and mortgage servicers are forced to own up to their sins, their losses could mount into the hundreds of billions of dollars, threatening, once again, the stability of the entire financial sector.

So what's the truth? Somewhere in between, or heavily leaning toward one corner? Here are four questions, and associated answers, that might help readers decide.

1. Is this a case of mere paperwork, or something more malevolent?

Here's what we know for sure: In direct violation of the law, so-called robo-signers working for mortgage servicers signed thousands of court affidavits having to do with foreclosures without taking the time to check whether the information included in the documents had any connection to reality. In numerous instances, crucial mortgage documents have been misplaced or lost — if they ever existed to begin with. Desperate to deal with a backlog of literally millions of foreclosures, mortgage servicers have emphasized speed at the expense of accuracy.

In the process, mistakes have most certainly been made — some of which have become notorious. A Florida man who did not even have a mortgage found his house foreclosed upon and sold. Other families have come home to discover their locks changed and property sold off — without ever being informed that the foreclosure process had begun. There are also serious questions about whether the strict legal guidelines designed to ensure a proper paper trail for the legal transfer of property were followed during the go-go years of the housing boom, as mortgages were bundled into securities and sold to investors.

All this does not mean, however, that a majority, or even a substantial minority, of foreclosures in the United States are in error. Millions of Americans have fallen behind on their mortgage payments and are in default. Before the U.S. housing market fully recovers, we're going to need to resolve that. But it does mean that every assertion from bank executives that the foreclosure process is fundamentally sound must be viewed with more than a truckload of salt. The banks and lenders told us that subprime loans were fine and that exotic mortgage products would help homeowners. It is now clear that they were either lying or simply did not know what was going on in their own industry. It should not be at all surprising that the same kind of abuses that characterized the origination of loans — falsification of income statements, inflated appraisals, and so on, have afflicted the foreclosure process. In both cases, the goal of the lender or servicer was to maximize volume and speed of execution, at the expense of on-the-ground reality.

2. How do the paperwork problems in foreclosure connect to the growing legal furor over the worth of mortgage securities and bonds?

This is where questions of systemic risk come into play. The institutional investors who purchased mortgage-backed securities constructed out of thousands of bundled mortgage loans are looking for any excuse to force the issuers of those securities to repurchase them. Most of the legal action so far has focused on the obvious abuses in the mortgage origination process. Lenders knew that they were making crappy loans, and the issuers of the securities apparently also had a pretty good idea of their shoddiness. But if there are problems with the paperwork involved with transferring the ownership of those loans from lenders to the trusts responsible for the securities — problems that have come to light through the foreclosure furor — then that provides another avenue for attack. We've probably only begun to see the beginning of this assault.

Estimates of how much the foreclosure mess could cost banks are all over the map. There's about $1.2 trillion worth of mortgage-backed securities that date back to the height of the housing boom. That's a big number, and some observers are convinced that when all the dust settles, one or more of Wall Street's biggest players will be bankrupt. But there are a couple of big caveats. The most dire predictions top out at around $200 billion — which is still relatively small compared to the losses that upended the financial sector in 2008.

More importantly, the likely scenario is that blood gets drained from the banks in dribs and drabs, rather than in a big destabilizing gusher. That's because it will take a lot of time and money to win the kind of legal actions now being initiated. To prove fraud or misrepresentation, the details of each individual loan will have to be examined, and the lenders and security issuers will fight every step of the away. This will be a battle of attrition rather than a blitzkrieg. Banks will surely take some kind of bottom-line hit, but the overall economy might escape relatively unscathed.

So far, the Obama administration's reaction has been unsatisfactory. After several years of claiming that it was doing everything possible to help Americans to avoid foreclosure (but failing to do so), the administration is now resisting a national foreclosure moratorium on the grounds that dealing with the foreclosure backlog is essential to restoring the housing sector to full health. In so doing, the administration has managed to give fresh blood to criticism of the White House as overly beholden to bank interests.

But the tone has sharpened in recent days. The SEC and the administration's Financial Fraud Task Force have both launched investigations in the past week. On Wednesday, HUD Secretary Shaun Donovan declared, "Where any homeowner has been defrauded or denied the basic protections or rights they have under law, we will take actions to make sure the banks make them whole, and their rights will be protected and defended."

But in the same press conference he also asserted that "we have not found any evidence at this point of systemic issues in the underlying legal or other documents that have been reviewed."

That is simply nonsense. The widespread use of robo-signers, the epidemic of lost paperwork, the proliferation of lawsuits, the potential invalidation of mortgage-backed securities — everything points to a systemic problem. The only real question is how big the mess will get. The White House should be far more out in front. Right before an election, the administration couldn't have asked for a development that better illustrates the necessity for tight government supervision of the financial sector and industrial-strength consumer protection.

But maybe Obama's just afraid of being called "anti-business" again.