"Spellbound": Inside the witch camps of West Africa 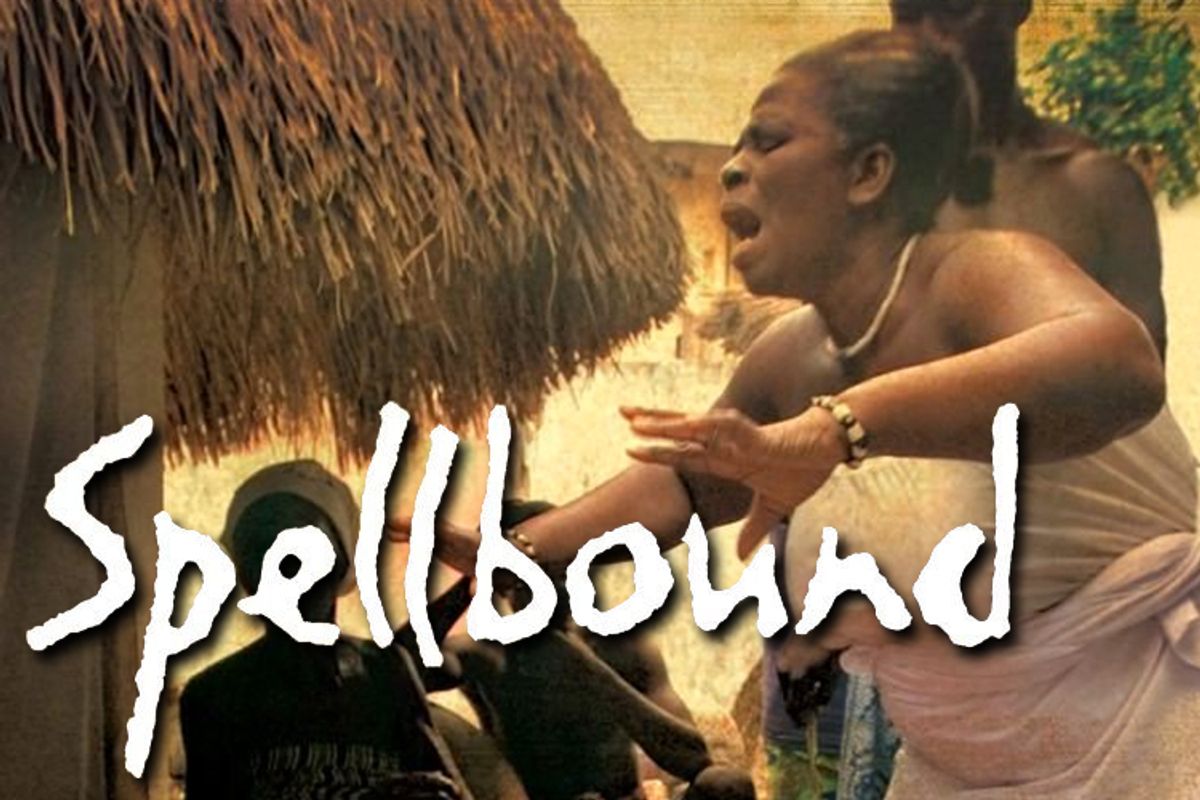 Every so often, strange reports come from Africa — about vampires terrorizing Malawi villages, penis-theft panics sweeping through Congo, or albinos being murdered for their supposedly magical body parts in Tanzania. These items appear in the press, maybe inspire a bit on "The Daily Show" and generally leave Westerners scratching their heads. They seem to fall into the news category of kooky things some people believe in, like the mystical powers of crystals, or Bigfoot and Icelandic elves.

But witchcraft in Africa is no comical curiosity, as Canadian journalist Karen Palmer eloquently demonstrates in her new book, "Spellbound: Inside West Africa's Witch Camps." Palmer who first learned about the camps from a human rights report, decided to visit one while on a six-month fellowship in Ghana in 2007. The makeshift settlements are populated by accused witches, mostly women, exiled from their home villages.

Essentially, these women are internal refugees, fleeing not ethnic or religious persecution but allegations of supernatural crimes, their guilt substantiated by dreams and the ritual sacrifice of guinea hens. The camps aren't small, either. At Gambaga, the town Palmer moved to when she decided to dedicate a couple of years to the subject, there are more than 3,000 accused witches living in unenviable conditions. The residents aren't prisoners, exactly, but they can't go home. Unless they can convince their former neighbors that they've given up cannibalizing other people's souls in the spirit world or flying through the night in the form of a fireballs (a common practice of Ghanaian witches), they're likely to be beaten or stoned to death if they return.

"Spellbound" takes the form of a personal narrative because much of Palmer's story is about how difficult it was to find out what's going on in Ghana. It's considered improper to speak frankly about witchcraft, so her questions prompted a lot of evasive and indirect answers. The educated Ghanaians she met told her they didn't believe in black magic, but later turned out to have hired sorcerers (just in case) or bought juju charms or attributed a relative's illness to evil spells. Even the simplest of communications could be challenging: The poor rural people she interviewed spoke a host of local dialects, so she had to rely on a shifting cast of translators, each of whom becomes a character in his own right.

Above all, Palmer encountered a profound cultural gulf when it came to establishing the facts according to the exacting standards of a Western journalist. "Spellbound" opens with a blood-curdling story of one woman's witchcraft trial, and only later reveals that Palmer spent countless hours talking to dozens of people in order to reconstruct that simple narrative. She reproduces a partial transcript of one of those conversations as it meanders, unmoored, through a fog of undefined incidents, actors, locations and times. Who accused her? "They." Who are "they"? "The family." Her sources describe two different accusations as if they occurred at once. Relationships are ambiguous. A woman with five daughters might sometimes be described as childless ("Oh, we don't count daughters," her translator told her, "cheerfully"). Another woman might refer to the children of her husband's co-wives as her own. And everywhere, the taboo about discussing magic must be negotiated. "Instead of speaking clearly about witches and victims," she writes, "people would speak guardedly, and cryptically, of cattle, sheep, riverbeds, snakes or insects."

Then there was the "creepy feeling" of Gambaga and many of the other places Palmer visited and expertly invokes: the "sheets of heat lightning" on oppressively rainless nights, illuminating, in eerie silence, the "twisting leaves" and "underbellies of swooping bats" with a "lilac" light. Or the oracular shrine she visits in the remote region of Tongo — a landscape of precariously balanced stacked rock formations — where the skulls of donkeys have been jammed into every crevice, "arranged so their empty eye sockets stared out at passersby." (Palmer didn't actually enter the shrine, since anyone who does so must strip to the waist, and she didn't want to embarrass her translator, a Christian. He, however, did go in.)

Profoundly disorienting as all of this must have been, and despite a considerable amount of willingness on her own part, Palmer never became a believer herself. What she saw when she looked at Ghana's witch camps was the result of a destabilized tribal society on the lookout for scapegoats. "In an African setting," one of her guides tells her, "any mishap — anything that happens — should have a cause." Illness, natural disasters, accidents — all of these are likely to be blamed on a village's most vulnerable members: Women past childbearing age without sufficiently influential male relatives. Other targets include women with abrasive and uppity personalities, or "tall poppies"; one accused witch Palmer interviewed had parlayed her good business sense into a modest fortune that aroused the jealousy of other small-time merchants. When she became a moneylender and made herself disagreeable by trying to collect from her debtors, her fate was sealed.

The witch hunts that racked Europe from the 15th to the 17th centuries followed the same pattern: Accusations arising from local quarrels and rivalries led to panics that opportunistic religious leaders then capitalized upon. (Contrary to popular belief, the church didn't instigate witch hunts so much as take advantage of them.) The regional chief at Gambaga has the reputation of being able to control witches; that's why the women sought sanctuary in his territory, where they would not be regarded as a threat. In exchange for his protection, he gets to rent out their labor and charges their families for room, board and purification rituals. Other witch doctors make a good living by detecting witches and selling counterspells. Naturally, it's in the best interests of these men that witchcraft accusations continue.

Even Palmer seems ambivalent. Although the women from one camp she visits subsist entirely on grain swept up from the dust of the marketplace after the sellers have packed up and left, others get humanitarian aid and may even do better in the camp than they would at home. So abject is the position of women in traditional Ghanaian society — where they are treated like chattel — that one of the few successfully repatriated witches Palmer reports on looked much thinner, older and sicker after being reunited with her family. Unfortunately, a bright scheme to make the camps economically independent foundered when the goods they manufactured couldn't be sold. Turns out no one wants to buy products made by witches.

Reading "Spellbound" doesn't make the reports of African witch scares sound any less bizarre — a man's soul trapped in a cockroach or a pair of adulterous lovers becoming permanently locked together in intercourse will never be the stuff of mundane morning newspaper fare. But Palmer does construct an understandable context for all this supernatural weirdness, as well as a chastening vision of its all too human costs.

Africa Books Our Picks What To Read