The Nevada Republican's allergy to reporters leads to a weird, sneaky exit from a closed event 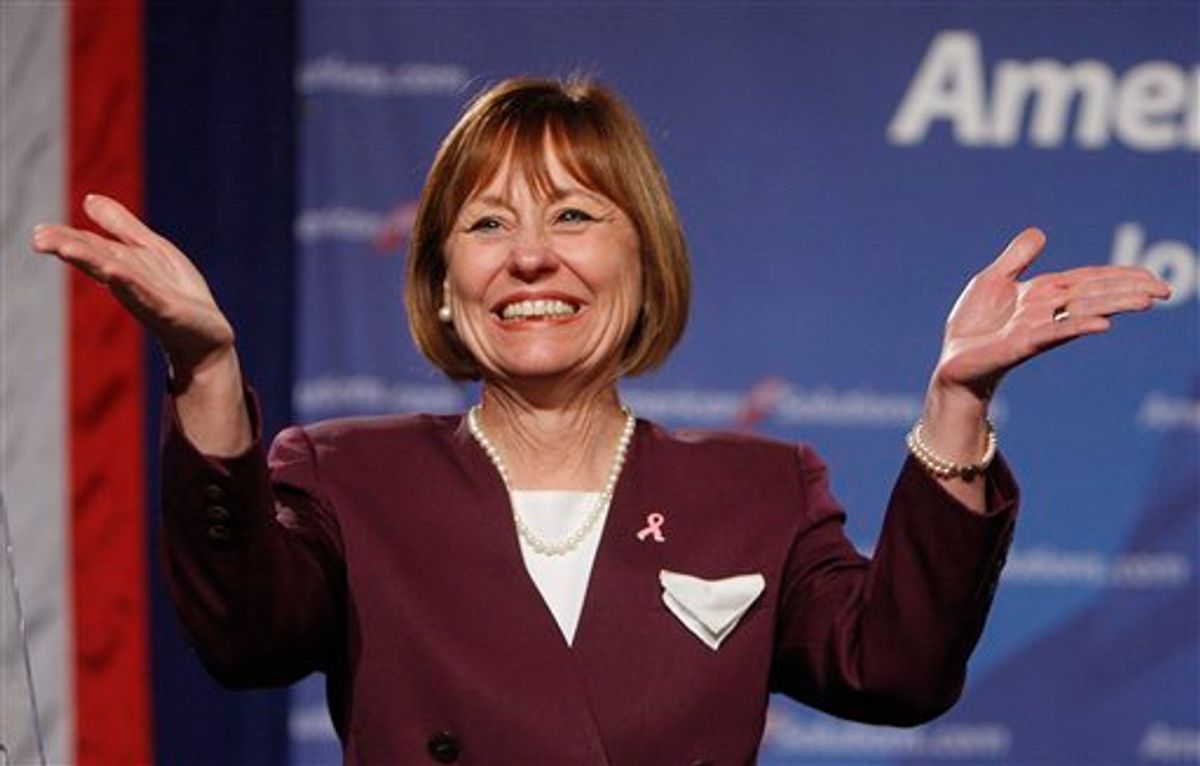 Exciting news for fans of the old "Prisoner of Zenda" political switcharoo trick: Sharron Angle has apparently employed the services of a decoy. Not to escape assassination or in case of abduction or as some sort of "you think your job is tough" sitcom trope. No, Angle's decoy is just to help her avoid answering questions from local reporters.

Angle had a closed-press appearance at the Microsoft Licensing office in Reno today. A phalanx of local TV crews and reporters showed up to try and get a comment from her.

According to one reporter on the scene, Angle arrived about 40 minutes late. She spoke for about five minutes inside.

As the event was coming to a close, a campaign staffer in a car near the assembled press reportedly spoke loudly into his cell phone, saying: “She’s Ready? She’s coming out now?”

Two women then got into his car, while Angle apparently went out a side door, avoiding TV cameras altogether.

The press, thinking Angle was still inside the building, stayed outside for another half hour until one intrepid reporter begged Microsoft staff to let her in to use the restroom. (No, folks it wasn’t me.) The reporter then confirmed that Angle had already left the building.

Cunning! I ... think? Anyway if reporters had managed to get Angle before a camera all she would've said is "man up" a couple dozen times.

Angle had a "tele-town hall" with Mitt Romney this morning in which she repeatedly insinuated that Harry Reid's wealth is from "questionable" sources. She did not explain her thoughts on the legitimacy of Reid's and Romney's religion.