To win the White House in 2012, the former half-term Alaska governor will need a really wild chain of events 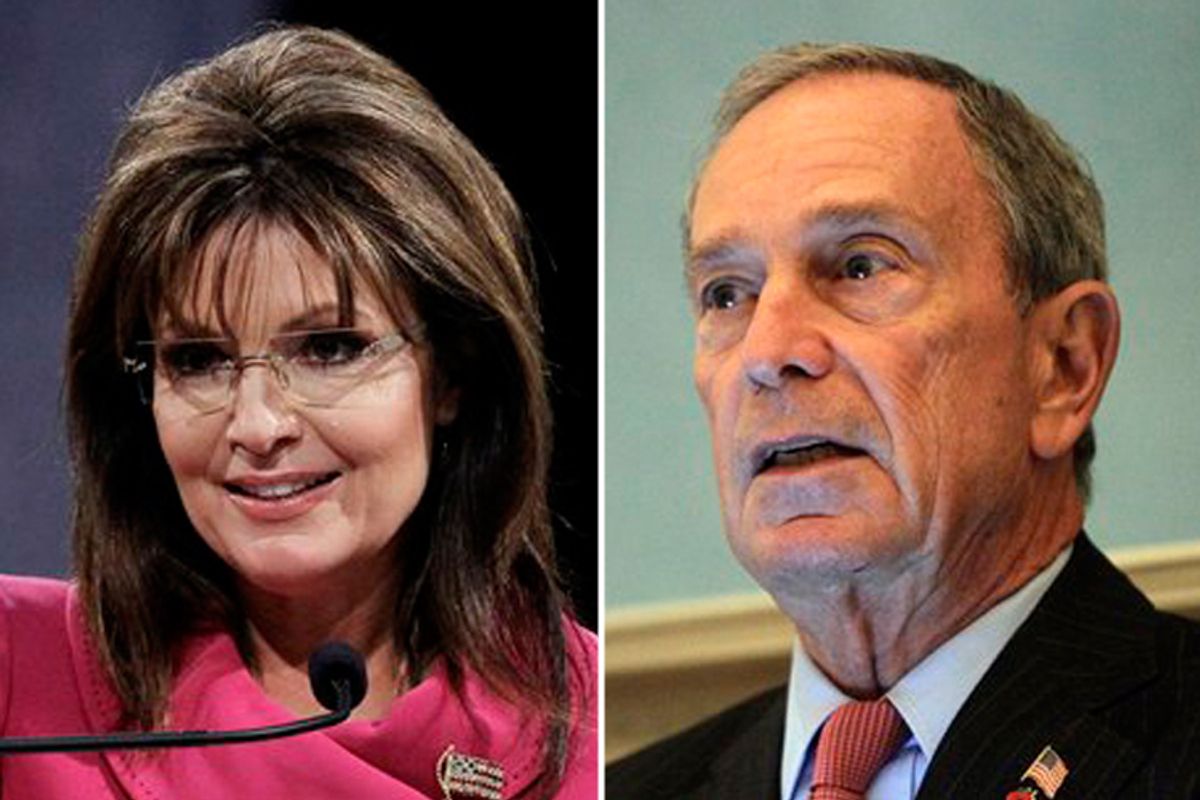 In New York magazine, John Heilemann presents an elaborate scenario under which Sarah Palin secures the Republican presidential nomination in 2012 and then claims the White House, thanks to a third-party candidacy from Michael Bloomberg:

By the accounts of strategists in both parties, Bloomberg—especially with the help of his billions—would stand a reasonable chance of carrying New York, New Jersey, Connecticut, Florida, and California. Combine that with a strong-enough showing in a few other places in the industrial Northeast to deny Obama those states, and with Palin holding the fire-engine-red states of the South, and the president might find himself short of the 270 electoral votes necessary to win.

As far-fetched as it seems, Heilemann makes a decent case. Palin, after all, has been acting more and more like a candidate this year, casting doubt on the initial conventional wisdom that had her passing on a White House bid because a loss would destroy her marketability. As Heilemann notes, she seems to have the bug -- and rational concerns about protecting her brand may not matter much to her. And when you see candidates like Sharron Angle, Christine O'Donnell and Joe Miller winning Republican primaries, and when you consider how wide-open the GOP field for '12 seems -- well, is it really that hard to imagine candidate Palin winning Iowa and South Carolina, then sweeping through the South, winning a bunch of caucuses and seizing the nomination?

And if Palin can win the nomination, the odds of a third-party candidacy will increase, with a Bloomberg bid a real possibility. He was interested in running in 2008, but concluded that the opening just didn't exist. But if the GOP were to pick Palin  and the economy were still in rotten shape, there could be more room in '12.

Still, a few points need to be made:

I'll admit that I'm starting to believe Palin will run for president in 2012. But I'm not at the point where I think she'll win the Republican nomination -- yet.