The irony of my feminist photo shoot

I posed for a magazine spread with young female activists. Many of us ended up in Spanx and painful high heels 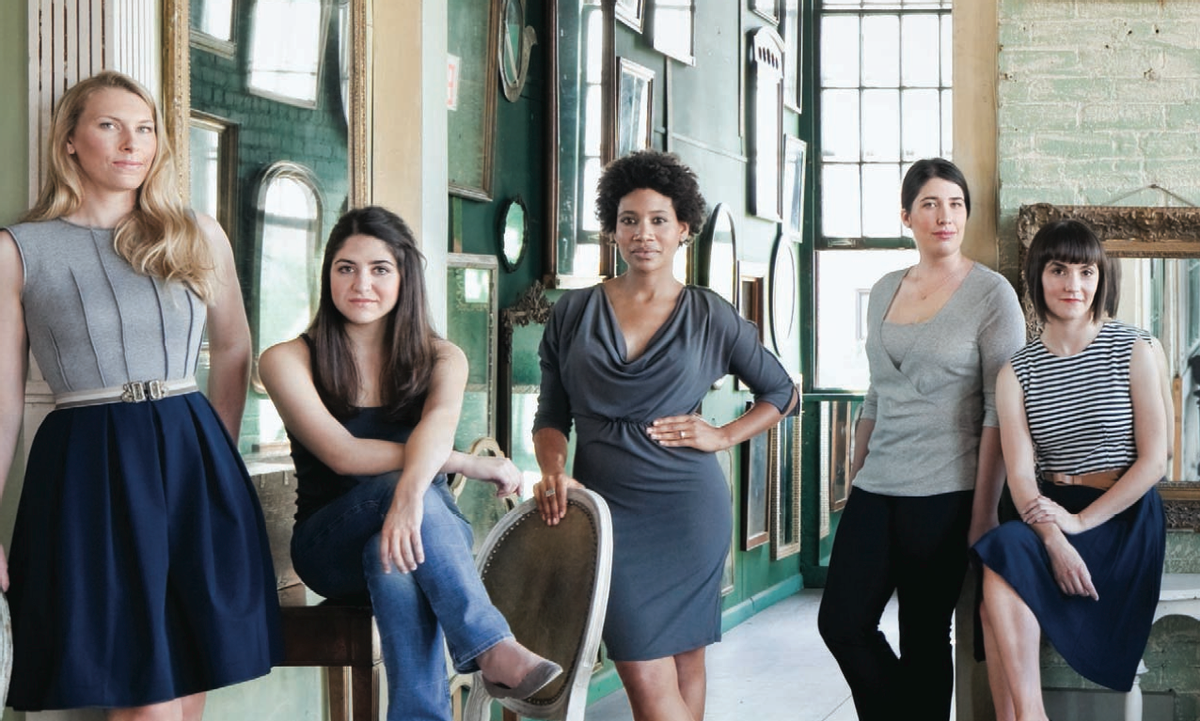 The November cover of More boasts a feature about "feminists in fishnets" -- and I happen to be one of them. Not that I'm actually wearing fishnets inside the magazine, nor are any of the other featured young female "tweeters, texters and bloggers." In fact, I'm fairly certain that fishnets aren't ever mentioned in the accompanying article? But, hell, they want people to pick up the magazine, so a sexy and alliterative coverline it is. It's just another amusing anecdote in the bizarre experience of My First Feminist Photo Shoot.

The magazine rounded up 10 of us to represent "the new feminists": Karin Agness, Lena Chen, Megan Evans, Allison Kasic, Shelby Knox, Jen McCreight, LaToya Peterson, Morgane Richardson, Julie Zeilinger and myself. The idea being that they would introduce their demographic -- women over the age of 40 -- to the up-and-coming generation. From all over the country, we converged on a warehouse in Queens, N.Y., for a daylong shoot.

Maybe 90 percent of the time was spent in hair, makeup and wardrobe. Faces were painted, hair was tamed, waists were slimmed by Spanx and feet were squeezed into blister-causing Jimmy Choos. (I should note that nothing was forced on us. I was allowed to wear my cheap and very comfortable flats from Target.) Some of us agonized over whether we liked our hair, which outfit to wear or how to exercise enough self-restraint at the catered buffet so that we would still fit into our outfits. All of which is to say: There isn't much that's feminist about a feminist photo shoot.

In the two-page photo spread (part of which you can see above), we look like a bunch of aspiring first ladies. We seem a group selected for mild variety and good-girl respectability. It's a stately tableau that says: The kids are all right. We look like 20-somethings who do tea, not the binge-drinking, casual-sex-having "female chauvinist pigs" that get so much ink these days. The headline accompanying the shot: "This is what the new feminists look like." I showed it to my roommate, a lesbian and reproductive rights activist, and her first response was: "Where are the butch girls?" Indeed, it's a safe, commercialized vision of young feminism.

Thankfully, the accompanying article neither presents us as first-ladies-in-waiting nor wild and out of control fourth-wave caricatures. It even quotes me talking about unsexy things like nuance and critical thought! And, most important, the piece allows that we actually don't agree on every issue. But the whole truth, the behind-the-scenes truth, is that even as individuals we aren't any one thing -- just as we rail against restrictive beauty standards, and then demonstrated just how subject we are to them when it came to doing our feminist photo shoot.