Is Dan Maes the least popular Republican candidate in the country?

Colorado's would-be governor is below 10 percent in two polls, could hurt the state party for years 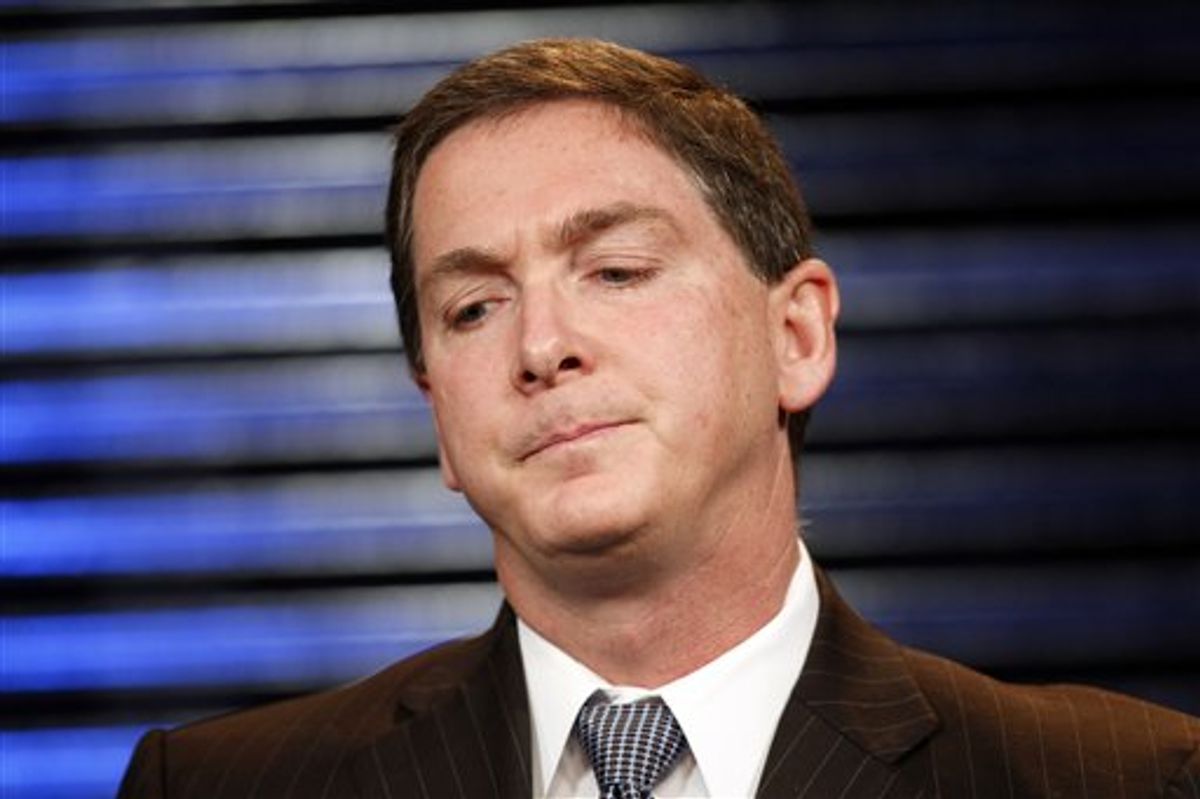 Repbublican gubernatorial candidate Dan Maes listens during a debate with his opponents at a television station in Denver, on Thursday, Sept. 2, 2010. Dan Maes rejected calls Thursday that he leave the race after key backers pulled their support for him and others expressed skepticism about his murky past in law enforcement.(AP Photo/Ed Andrieski) (AP)
--

The Colorado Republican party failed in their effort to get gubernatorial candidate Dan Maes to withdraw from the race. Even in a cycle in which extreme views, conspiracy theories, Bircher tendencies, and general stupidity are all fast becoming normalized by a radical crop of depressingly viable insurgent Republican candidates, Maes is just too inescapably awful for Colorado voters. Plus, the true believers can just vote for immigrant-hater Tom Tancredo, currently mounting a third-party campaign. But how bad is it for Maes?

Maes is polling below 10% in two recent polls. Tancredo is at around 40%, and Democrat John Hickenlooper has a modest lead. Dick Cheney, the most hated Vice President in modern history, never polled below 19%. For any major-party politician to fall below 20% takes, like, extreme sexual deviancy. Or murder. (And oftentimes those won't even do it.)

As the AP reported last week, if Maes actually does worse than 10% on election day, the GOP will lose its majority party status in Colorado for four years. Which would be funny, but that would also mean that the GOP would be replaced, in Colorado, by the American Constitution Party, which is, honestly, a step in an even crazier direction. (Especially if that monster Tancredo actually pulls out a victory.)