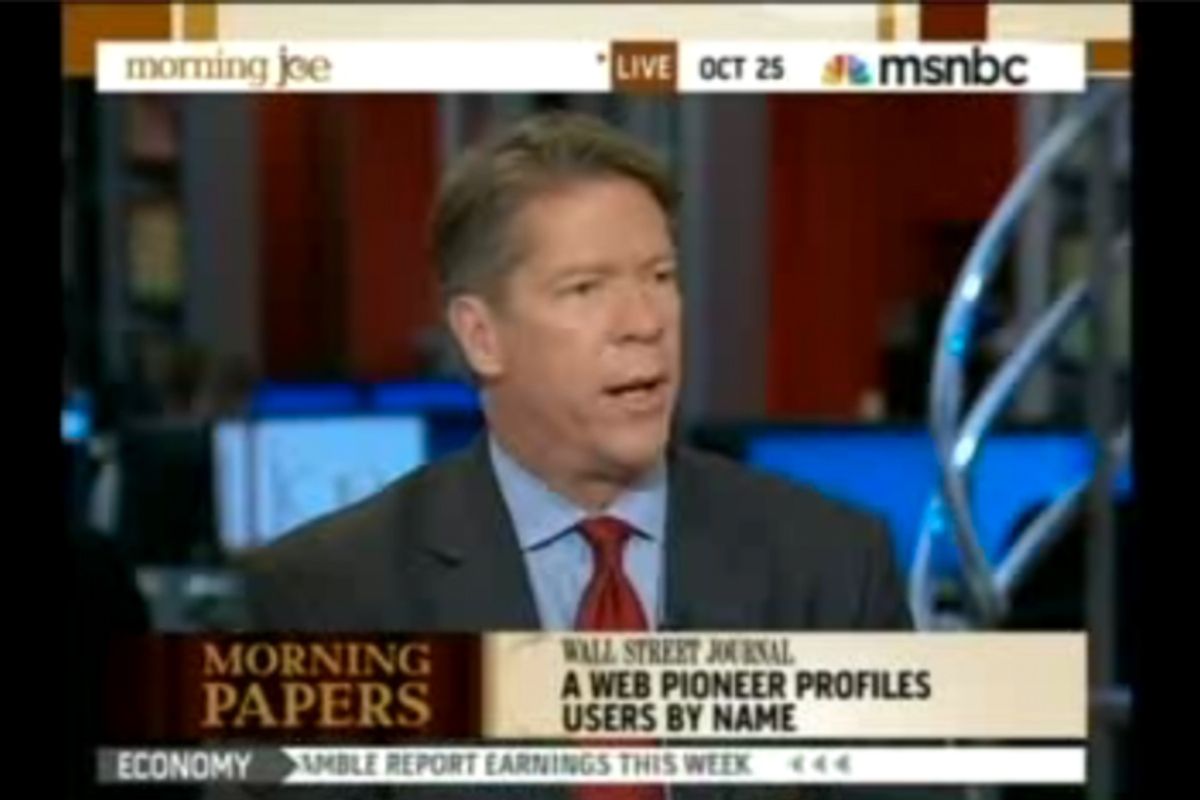 I think the real reason Major Garrett quit Fox for the newly revamped National Journal was so that he could appear on MSNBC's "Morning Joe." It was probably embarrassing for Garrett to be unable to appear on the show that all his friends did, because he was stuck with the clowns of "Fox & Friends."

So Garrett was on "Morning Joe" today, and in the middle of a false equivalence fallacy he explained that his former employers at Fox have a vested interest in keeping the culture wars at a fever pitch, for fun and profit.

That speaks to a problem that neither Fox nor NPR can solve, because neither want to solve it, which is the polarization of American media. For a certain amount of marketing points of view, Fox actually wants to keep that polarization and say, look, we're different. We're dramatically different; you can see how we're different. And if you like that difference, you better come over here and you better stay here. That is an embedded part of the marketing that surrounded what happens at the news division at Fox that's been incredibly successful.

I would imagine that NPR -- which, in its news-gathering operations, seeks a mass general audience -- works to exploit this "polarization" a bit less than Fox, where the business model is based on flattering, scaring and enraging one specific subsection of the population. (Old white conservative people with money to spend on gold.)

Garrett added that it's unsurprising that Fox promptly hired Juan Williams after NPR let him go for saying that he was scared of Muslims in their "Muslim garb," because Fox is where you go if "you are outraged." Outraged and terrified of Muslims.

Speaking of false equivalencies! Slate's Will Saletan compared Juan Williams to Shirley Sherrod, because both people got fired after saying things that ended up in Internet videos. The difference is, one person told a heartwarming story about overcoming prejudice, and the other one said it was OK to be prejudiced because Muslims are scary. (Ta-Nehisi Coates explains the difference in more detail.)