You think only kids can enjoy Halloween candy? This indulgent custard will make you guess again 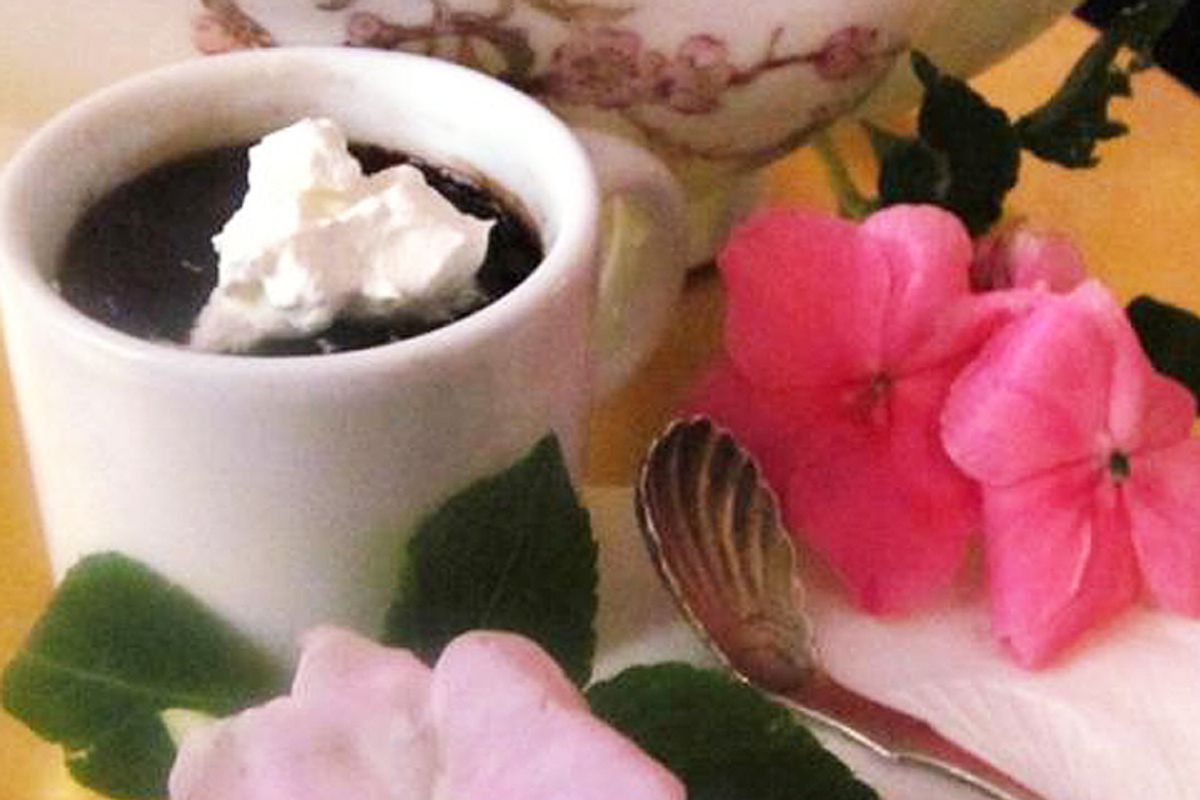 The Legend of Delphine LaLaurie

Antebellum New Orleans society was rich, glamorous and decadent in the 1830s. Lavish parties and balls filled "The Season," many hosted by the elegant and influential LaLauries, Leonard Louis, a physician from France, and his well-connected Louisiana-born wife, Delphine. The LaLauries entertained sumptuously and frequently. Invitations to their parties were highly prized, guests in their finery were no doubt treated to fine music, lively dancing and glorious food. Their every want was catered to by the solicitous hosts and their well-trained staff of slaves.

On April 10, 1834, flames broke out in the detached kitchen of the house on the corner of Royal and Governor Nichols. An old cook started the fire that afternoon while her mistress was out. Neighbors and friends quickly gathered to help Madame LaLaurie rescue her valuable possessions, but then the terrible rumors started immediately -- the old slave woman was chained to the stove and had intentionally set the fire so she would die in flames rather than face punishment at the hands of her mistress. Slaves were found chained in their quarters, unable to escape the burning building -- starving and horribly mutilated by the monstrous Madame LaLaurie.

Word spread through town even more quickly than the fire and its dreadfulness grew with each telling. By Sunday evening a furious citizenry took matters into its own hands. All through the night and into the next day a frenzied mob destroyed the interior of the sumptuous residence and all its grand furnishings, according to reports from the time.

Somehow the well-to-do LaLauries were able to escape the city with their lives, never to return. It was said they fled to France. Madame LaLaurie is reported to have died in Paris in 1848, her body secretly returned to Louisiana for burial in the oldest section of St. Louis Cemetery.

Wild tales abound, ghastly enough to place Madame LaLaurie in the company of Caligula and Vlad the Impaler. Rightly or wrongly, Delphine became the stuff of horror legends, her home in the French Quarter deemed an abbatoir.

Allegations and accusations were terrible. She, alone or possibly with the help of her surgeon husband, was accused of torturing, maiming and killing more than a hundred slaves within its walls, in the most grisly ways imaginable, all the while entertaining the city's unsuspecting elite in grand fashion.

The house has changed ownership often and lain deserted off and on for a number of the years since the fire. According to occultists, it holds the tormented spirits of her victims to this day. Reports of hauntings are legion.

Silver-tongued tour guides vie to outdo one another with the macabre stories they tell out-of-town tourists -- tales of Madame's ghost trying to strangle people in their sleep and stories of slaves buried alive, their piteous skeletons found many years later beneath floorboards marked on the underside by the deep scratching of desperate fingernails.

Was she guilty? Legend says yes. Her very name triggers revulsion. Stories of her insane cruelty continue to grow and the mansion where she lived is constantly pointed out as a house of horrors, the most haunted house in the most haunted city in the world.

But not everyone agrees. The president of the board of curators of the Louisiana State Museum, Stanley Arthur, believes her to have been the hapless target of malicious gossip and a sensationalist press.

"I have always thought that Madame LaLaurie was the first victim of yellow journalism," he said. "There is nothing in the record to indicate that she was the type of a woman pictured by them. One must remember that there was much social jealousy in those days, and that Madame LaLaurie occupied an enviable position socially."

He bolsters his argument with a record of Madame LaLaurie granting permission for the emancipation of a slave in the early 1830s, not the action expected from a woman inhumanly cruel to slaves.

The goings-on in the LaLaurie House, actual or alleged, have long disturbed the psyche of New Orleans, a town familiar with the strange. It may be that she herself was the helpless victim of vicious lies, forced to flee for her life, never to return to the city of her birth. Does her spirit haunt the house on Royal Street or has she simply become a caricature of horror used to titillate tourists? Whatever the truth, the tale of Madame Delphine has become a dark thread woven deep into the historical tapestry of New Orleans.

Becoming a grown-up who isn't allowed to trick-or-treat has its compensations. This is the most luxuriant chocolate custard imaginable, dense, dark and dazzlingly smooth on the tongue. It's adult Halloween candy without peer. Be warned -- you may not be able to finish, even if it is a very small serving. It's that rich.

Tiny lidded pots filled with smooth chocolate custard have been a classic New Orleans dessert for many, many years. Ties to French custom and cuisine assured an early introduction of pots de creme au chocolate into Louisiana.

By all accounts, whatever else she was, Delphine LaLaurie was an extraordinary hostess. Ladies and gentlemen at her high society parties would have been served with a starched white linen napkin and a miniature silver spoon to enjoy dainty bites of the satiny smooth chocolate dessert -- so rich that it was served in specially made tiny covered porcelain dishes made in France.

Minuscule servings are still de rigueur, so petite ramekins, espresso cups or demitasse cups can substitute for the pots. The little custards are baked in a water bath, or bain marie. The hot liquid ensures even baking and provides the indescribable texture.

There are no tiny trick-or-treaters bringing plastic pumpkins full of sugary candy into my house these days, but having leftover Halloween candy worthy of pots de creme requires little strategy. It is a simple two-step process:

1) Buy a bag or two of really good chocolate for Halloween along with the typical treats, and 2) remember that little nippers in costumes are thrilled with miniature Milk Duds or baby-size Snickers, so make sure enough of the good stuff sinks to the bottom of the treat bowl when you're passing out the goods.

Dove's Darks are ideal for a truly adult indulgence. The flavor is full and the smooth texture is perfect, but Hershey Kisses, Hershey's Special Dark, or any other decent chocolate can substitute. The quality of the chocolate does make a difference, but suit your taste and your budget, from the finest imported dark chocolate to good old semi-sweet morsels from the US of A. It's all good.