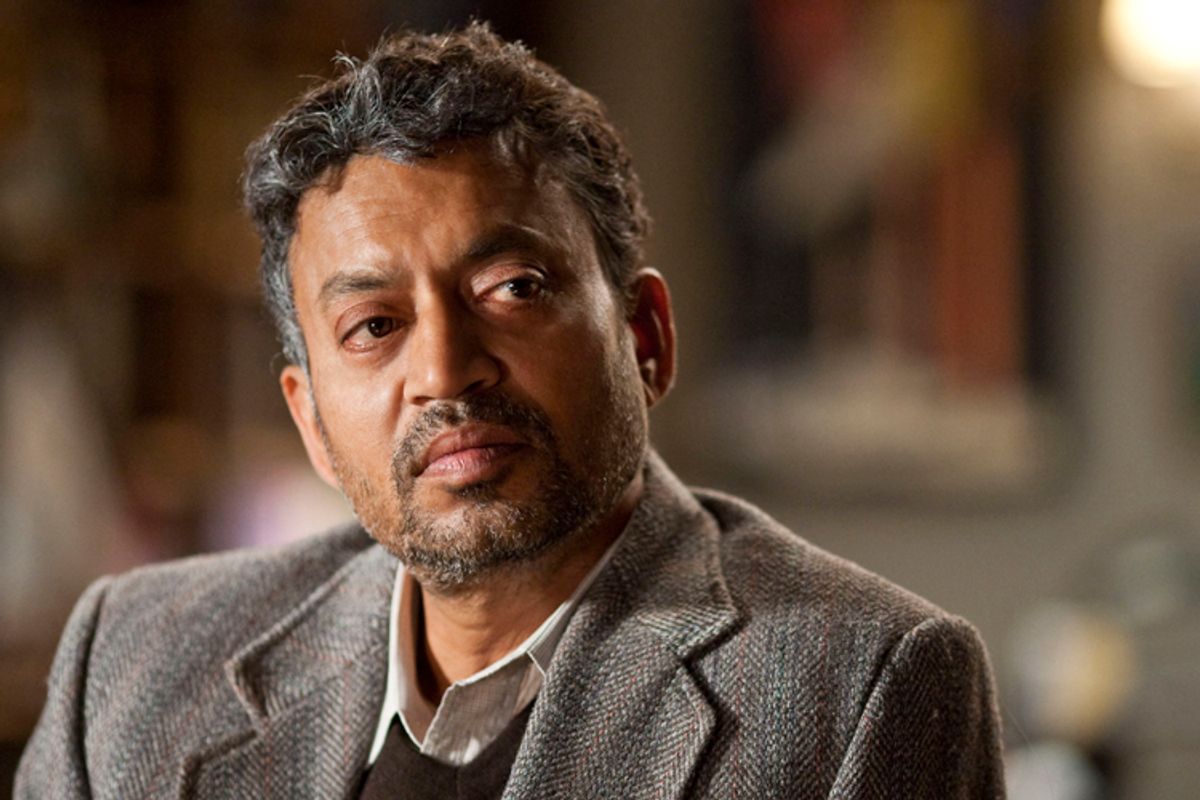 This season "In Treatment" sets out on its own without the original scripts from "Be Tipul," the Israeli series that, despite its popularity, only lasted two seasons.   I'm going to miss living vicariously though hyper-confrontational Israelis. In Canada, we don't usually hurl an unfiltered stream of abuse at our therapists. I can't imagine a Canadian therapist physically attacking a patient ("Alex: Week 5"). And I'm sure even a New York therapist would manage to hold off until at least week twelve. As exciting as Israeli therapy evidently is, however, after two seasons the formula was starting to wear a little thin.

When Paul told a patient ("April: Week 7") that she didn't have to apologize for calling him an "asshole" because he didn't want her to be "taking care of my feelings," she summed up the potential rut. "What's the point of therapy then? Teaching people to be self-obsessed? Do you really think I need more help in that department?"    The time has come to dial things down, and this has been done brilliantly in the first episode of Season 3, in a script co-written by the Pulitzer Prize-winning novelist, Jhumpa Lahiri.

The tension in "Sunil: Week 1" is created by an extreme lack of confrontation between one rigidly passive aggressive man (Sunil) and his sublimely neurotic, over-controlling daughter-in-law, Julia.   As Paul points out at the beginning of the session, this is a highly unusual therapeutic situation. It's rare for adult children to infantilize their parents to the degree that Julia, and her "yes, dear" husband Arun have done here. Five months ago Sunil's wife died. Arun has brought him back to New York to live. But his grief in recent months seems to have been funneled into a smoldering contempt for Julia.

Granted, she's pretty easy to hate. Here are the reasons Julia gives for dragging a mature man into therapy against his will: He sleeps until noon. He hasn't showered "for days." He smokes in the house behind her back. He makes Arun go to the store and buy him highly un-nutritious Bengali candy, which Sunil should be buying himself with the $25 weekly allowance she gives him. Sunil is resentful when she asks him to stop teaching their youngest son, Sam, Bengali words because Sam's language skills are "delayed" and not "grade appropriate." (He's four.) And finally she doesn't like the way Sunil "looks" at her.

When Sunil takes out a bag of Drum Tobacco during the session, Julia reacts as though he's just pulled down his pants to take a dump on Paul's rug.

On the other hand, Sunil is obviously capable of being an infuriating prick. He refuses to speak English the entire time Julia is in the room, forcing her and Paul to communicate through Arun's translation. When Julia claims that the children are becoming scared of Sunil, he retorts, in Bengali, that she is "afraid of herself." We will learn later that he means that she is afraid of the emptiness inside of herself, which she must cover up with her condescension. But this is obviously typical of the kind of insightful but cryptic insults that are driving Julia mental.

And as soon as Paul gets Julia and Arun to leave, it becomes clear that Sunil is actually in trouble. The first thing he does is tell Paul an anecdote about a man in his home town who used to clean doorknobs with a sari smeared with his own feces. The sari belonged to his dead aunt, a beloved mother figure. The man eventually hung himself with it.

Stories about suicide are to "In Treatment" what guns are to Chekhov. You can't put one in the first episode without deep, scary foreshadowing. But it's easy to overlook this because Sunil is so delightfully snarky. Turns out he has not been taking the Effexor that Arun (who is an osteopath) has prescribed to him. Instead he is feeding it to the potted flower Julia put in his room. "It is the most happy flower, Dr. Weston. It is flourishing. Fortunately for my daughter-in-law's bank account, it does not need therapy."

Resistant as he seemed in the first fifteen minutes of the session, Sunil recognizes that he has met someone with whom he can have decent conversation. Whatever dignity life has stripped from him in the last year, Paul is far better company for him than what remains of his own family. So he'll be back. Until he tries to kill himself. And, hopefully, again after that.

There's something a little off about Frances, and I'm not sure how intentional this is.

I'm as happy as anyone to see the famously underemployed Debra Winger playing Frances, an aging actress whose memory is failing. But it does seem a little meta in a show that doesn't leave much room for ironic distance. The idea of watching people in therapy is distancing enough. Saying this, however, makes me feel like one of the evil producers who doesn't think Frances is entirely right for this particular production of "Night of the Iguana."

I also feel bad bringing up the problem of Debra Winger's perfectly immobile forehead. This is a show that depends highly on close up reaction shots. Frances might as well be wearing the sunglasses she arrived in for all we can guess about what she's really thinking.

Which is fine, if this is what the writers intend. It does add to the creepy improbability of her story. She has come here on the recommendation of her sister, Patricia, who was once Paul's patient, until Patricia left therapy eighteen years ago. This seems reasonable until Frances lets it slip that she knows Paul has teenage children. When Paul asks how she knows, she claims to remember Patricia mentioning his young children. But if they were young eighteen years ago they wouldn't be teenagers.

Patricia, it turns out, is dying of stage four cancer. This is obviously painful for Paul for a number of  reasons. It makes him think of April (his patient who had cancer last year and seems to be the only female patient who has ended therapy not totally in love with him.) It's possible that he was more attached to Patricia than he lets on (highly possible, since Paul tends to become over attached to all his patients.) Or her impending death is reminding him of the father he abandoned, who died last year of Parkinson's. As Frances starts talking about the genetic markers for cancer, Paul starts gently wringing his hands, evidently thinking of the Parkinson's-like tremors he experienced that morning.

The episode ends with Paul getting a referral to a neurologist.

For that, tune in tonight.