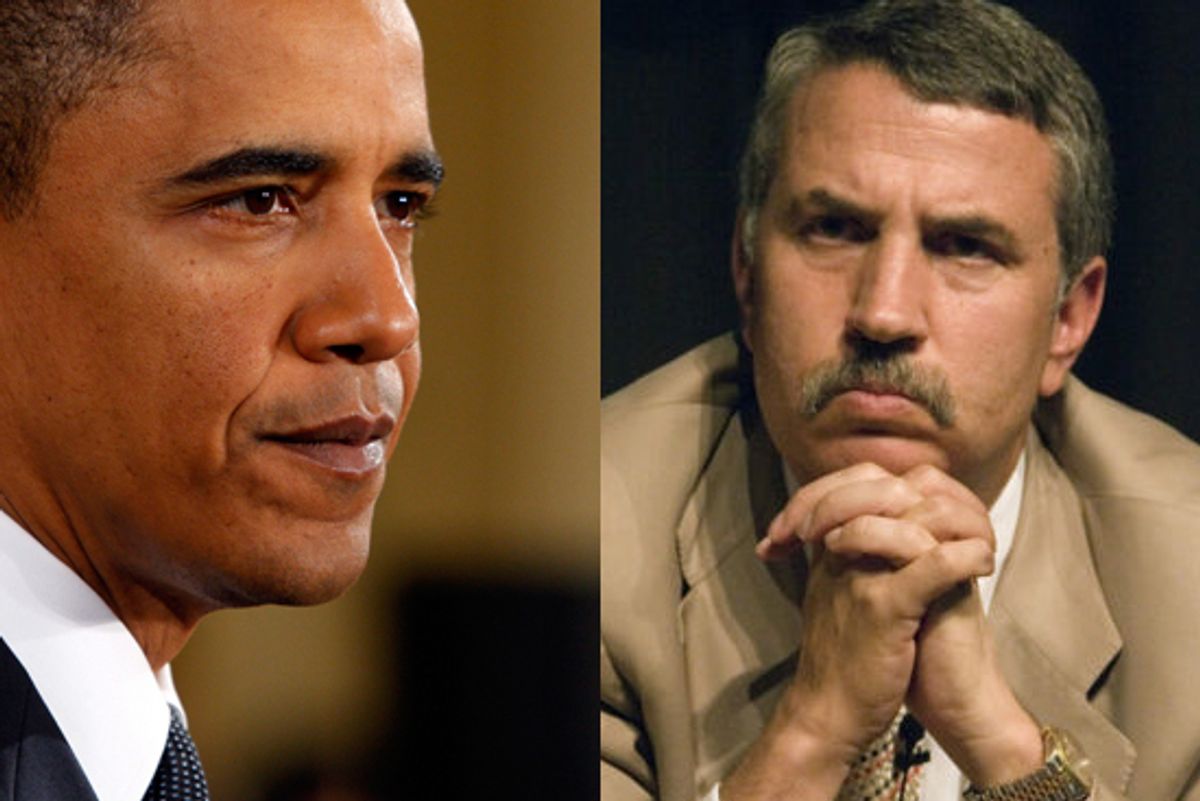 Gibbs, like Obama, hates the press. Which is fair enough, because the arm of the press they have to deal with -- the Beltway political media -- is fairly awful! But despite his hatred for the press, Barack Obama does respect certain members of the commentariat.

Relations, in any event, are not good. Obama incessantly refers to "the cable chatter" with palpable disdain, and he frequently grumbles to his aides about the media's coverage of his presidency. His press conferences are fewer than Clinton's (though more than Bush's) at the same stage of their presidencies—and, says Clinton's former press secretary Mike McCurry, "I feel sometimes when I watch Obama do these that he looks like he'd rather be having a root canal." Obama does reserve a certain respect for opinion writers such as Tom Friedman and David Brooks of The New York Times, Jerry Seib of The Wall Street Journal, E. J. Dionne of The Washington Post, and Joe Klein of Time. "My impression is that he reads a lot of columnists," says Brooks, "and therefore he sort of cares about what they say."

The White House's affection for David Brooks is, I think, well-documented, and sort of understandable: Here's the world's most "reasonable" conservative! Barack Obama name-checked Edmund Burke one day and Brooks fell in love. Brooks is the fusty, non-threatening, absent-minded Wodehouse-character version of the Republicans Barack Obama has to deal with in real life.

Brooks is a mushy thinker who's made a living on lazy generalities and wholly invented "observations" describing nonexistent trends. But he's still not as awful as Thomas Friedman, our foremost authority on what incredibly stupid but inexplicably powerful people think about the world at large.

Friedman's Golden Books prose, recycled grandpa jokes, and ruthlessly mixed metaphors have endeared him to airport bookstore-frequenting CEOs across this great nation, but I can't understand how a supposed book-smart guy like the president can read him with a straight face. (Especially considering that in addition to being a mindless cheerleader of globalization, Friedman is also an unapologetic warmonger.)

E.J. Dionne is an unoffensive old liberal. Joe Klein is guilty of various heinous crimes against journalism and retains his cushy job only because of inertia. Gerald Seib is a reliable purveyor of Washington conventional wisdom for an increasingly dishonestly edited Murdoch paper. Anyone who reads these (old, white) men to understand politics will come away with very limited and distorted understanding of the world.